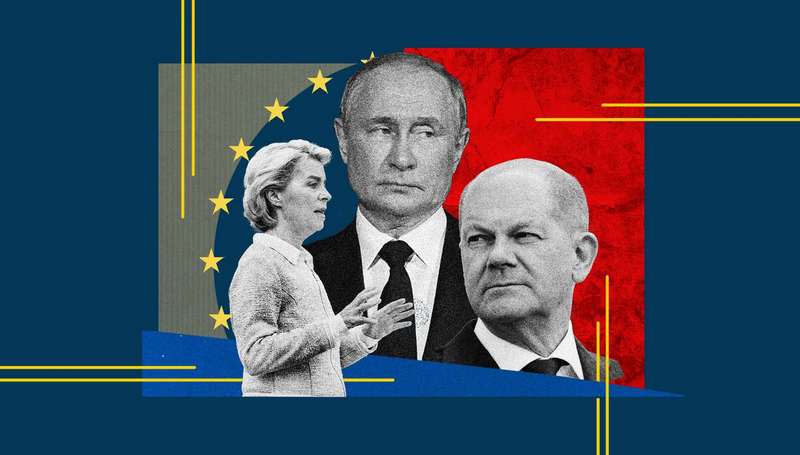 The fear that Russia could cut its gas supply to Europe is gradually becoming a reality after Gazprom, a Russian-owned energy company, announced that supplies to Germany would be reduced by 20%. The company announced that another gas turbine would need maintenance in the Nord Stream I pipeline.

“Due to the expiration of prescribed time before overhaul (in line with the Rostekhnadzor notification and taking into account the technical condition of the relevant machine), Gazprom is shutting down one more gas turbine produced by Siemens at the Portovaya,” Gazprom said in a statement on Monday.

“The daily throughput of the Portovaya CS from 7:00 am (Moscow time) July 27 will be up to 33 million cubic meters,” it added.

This development is coming after barely a few days that the same company resumed gas export to Germany and the rest of Europe after it shut down the Nord Stream 1 Pipeline for ten days for the repair of a gas turbine. The recent activities of the company have suggested that Russia is gradually cutting gas supplies to Europe.

Since the war started in Ukraine, Russia has been accused of using energy as a weapon. The continent’s dependence on oil and gas from Russia has made matters worse, and Russia is fully aware of this.

GERMANY SAYS NO EXCUSE FOR THE REDUCTION IN GAS SUPPLIES

The German government has confirmed the planned reduction of gas supplies to Europe. It said there was no justifiable reason for cutting gas supplies, as the Nord Stream Pipeline has no technical issue.

“According to our information, there is no technical reason for a reduction in gas deliveries via Nord Stream 1,” the German Ministry of Economy said on Monday.

In a statement released by Germany’s Regulatory Office for gas and electricity, the continent might not be able to store enough gas by November.

“If Russian gas deliveries via Nord Stream 1 continue at this low level, a storage level of 95% by November is hardly achievable without additional measures,“ the regulatory office for gas and electricity said in a statement Monday.

Dmitry Pesko, the spokesperson of the Kremlin, said the cut in gas supplies was not connected to politics, and it was a clear technical issue that would be resolved once the gas turbine is repaired and installed. He added that Russia would continue to export gas to Europe “to the extent that is technologically possible,” describing Russia as a reliable gas supplier.

He said the Europeans were responsible for whatever happened, referring to the sanctions against Russia.

The spokesperson of the U.S Security Council said Russia was using gas supplies as “a political and economic weapon.”

“Russia’s energy coercion has put pressure on energy markets, raised prices for consumers, and threatened global energy security. These actions only underscore the importance of the work the United States and the European Commission are doing to end our reliance on Russian energy,” the spokesperson said. “We will continue working with our European partners to reduce dependence on Russian energy and support their efforts to prepare for further Russian destabilization of energy markets.”

A halt in gas supplies to Germany would mean other European countries like France, Austria, and the Czech Republic would also suffer the consequences. At the moment, Europe has not gotten a reliable gas supplier like Russia, and the continent could suffer greatly if the Kremlin continues in this manner.

THE EU AGREES TO CUT GAS USAGE BY 15%

While Russia is playing games with gas supplies, the EU is doing its best to reduce Europe’s dependence on Russian gas and prepare for the sudden cut in gas supplies by the Kremlin, which is imminent.

“In an effort to increase EU security of energy supply, member states today reached a political agreement on a voluntary reduction of natural gas demand by 15% this winter,” the EU said in a statement. “The purpose of the gas demand reduction is to make savings ahead of winter in order to prepare for possible disruptions of gas supplies from Russia that is continuously using energy supplies as a weapon.”’

The Czech republic Minister of industry and trade, Jozef Síkela, said the decision was a sign that the EU was united against any attempt by Russia to divide the bloc.

“Today’s decision has clearly shown the member states will stand tall against any Russian attempt to divide the EU by using energy supplies as a weapon,” Jozef said while announcing the bloc’s decision. “Saving gas now will improve preparedness. The winter will be much cheaper and easier for EU citizens and industry.”

There were fears that the EU would be divided on the proposed 15% cut in gas usage. After deliberation, the bloc did not appear to be divided on the issue. There are also indications that no EU nation needed to adhere to this new rule as it is voluntary. All fingers are still crossed as we await the day Russia will finally cut its gas supplies completely.