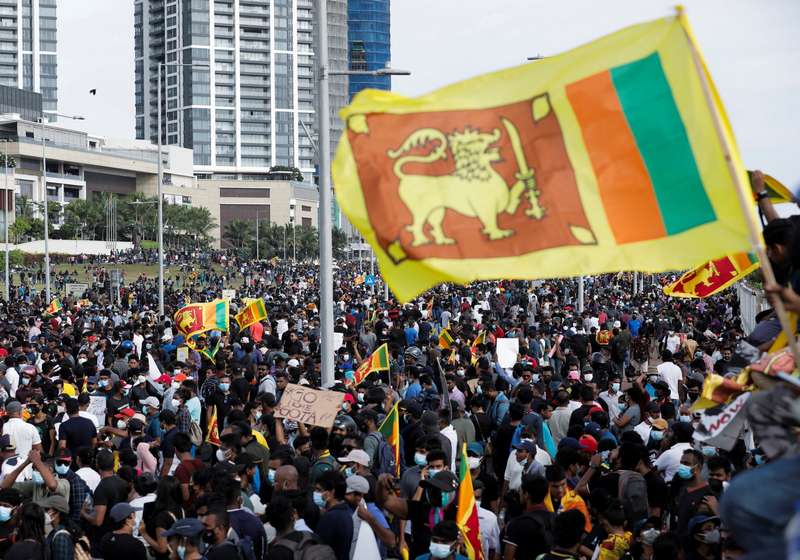 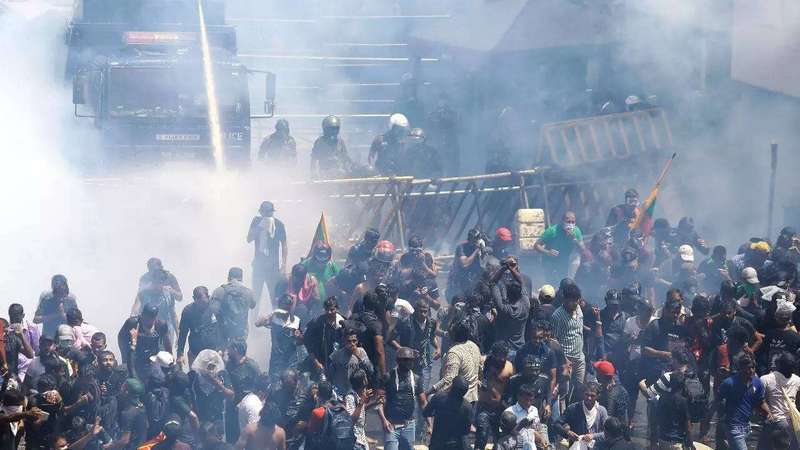 Wednesday has come and gone, but President Gobataya Rajapaksa has not resigned as President. Instead, he had fled the country and appointed Prime Minister Ranil Wickremesinghe as Acting President. The Military confirmed on Wednesday that the country’s leader, his family members, and aides are now in the Maldives. That was arguably the end of the nearly 20-year rule of the Rajapaksa family in Sri Lanka.

Despite talks that the president would resign on Wednesday, he failed to submit his resignation, instead, the Prime Minister was appointed the Acting President.

In a televised broadcast on Wednesday, the speaker of the parliament, Mahinda Abeywardena said the president assured him of his resignation, and he was only waiting for an official letter from him.

“The President who is overseas at the moment phoned to me to reassure me of his resignation from the presidency. With regards to an official document signifying it, I was told that it would reach me within the day today,” Abeywardena said.

Many thought the departure of the President would end the ongoing protests in Colombo. Unfortunately, the protesters are also demanding the immediate resignation of Ranil Wickremesinghe.

On Wednesday, thousands of protesters stormed his office and vowed to stay there until he also resigned as the Acting President. Some protesters even want the resignation of all cabinet members. Yet, other protesters feel Rajapaksa should have been prevented from leaving the country.

“We don’t like it. We want to keep him. We want our money back! And we want to put all the Rajapaksas in an open prison where they can do farm work,” a protester named Nimal said.

“I’m feeling great today,” protester Nixon Chandranathan said. “But we are still fighting, still struggling. Our goal is for Gota to go home. And Ranil and other cabinet members to go home. We need truthful and honest leaders to build up Sri Lanka now,” the BBC reported.

Sanchuka Kavinda, 25, a college student, said all the protesters would remain until Ranil resigned as Prime Minister.

“No matter what, everyone in this crowd will be here until Ranil also steps down,” Sanchuka Kavinda said.

The protesters have taken over key government buildings in the capital of Colombo since the protest started on Saturday, and the Prime Minister’s office was the last of them to be captured.

In a bid to return the country to normalcy, the newly appointed acting President has directed the country’s military and the Police to restore order.

He said the country must return to normalcy before he could discharge his duties as acting President.

“We must end this fascist threat to democracy. We can’t allow the destruction of state property. The President’s office, the President’s Secretariat, and the Prime Minister’s official residence must be returned to proper custody,” Wickremesinghe said.

“Those who are in my office want to stop me from discharging my responsibilities as acting president. We can’t let them tear up our Constitution. We can’t allow fascists to take over. Some mainstream politicians too seem to be supporting these extremists. That is why I declared a nationwide emergency and a curfew,” he added.

According to reports, he later canceled the state of emergency and curfew and later announced a curfew that would last from Wednesday night till Thursday morning.

Opposition leader Sajith Premadasa has questioned Wickremesinghe’s power to declare a state of emergency and a curfew.

“In the absence of any of these, the PM cannot exercise the powers of President, and cannot declare curfew or a state of emergency, Premadasa tweeted.

ELECTIONS TO HOLD NEXT WEEK

The election for a new President is expected to hold on July 20th. The favourite man for the job remains the acting President. However, opposition leader Sajith Premadasa has also thrown his hat into the race. Although he has not been able to reach a compromise with opposition leaders, he is optimistic about victory. He has already promised to “get rid of Sri Lanka’s economic ills.”

“We are not going to hoodwink the people. We are going to be frank and present a plan to get rid of Sri Lanka’s economic ills,” Premadasa said.

He also questioned the eligibility of Ranil as acting President when the President had not resigned. In a tweet on Wednesday, he said Ranil was operating Rajapaksa’s style of democracy.

“A MP with one seat is appointed as PM. Now the same person is appointed as acting President. This is the Rajapaksa style of democracy. What a farce. What a tragedy,” he said.

THE UN AND IMF REACTS

In a statement released by the IMF on Wednesday, the body said it was closely monitoring the situation in Sri Lanka.

“We hope to resolve the current situation that will allow for the resumption of our dialogue on an IMF-supported programme while we plan to continue technical discussions with our counterparts in the Ministry of Finance and Central Bank of Sri Lanka,” the IMF mission chiefs Peter Breuer and Masahiro Nozaki said in a statement.

The UN Human rights also in a tweet on Wednesday called for calm in the country and asked the government to respect the life and properties of Sri Lankans.

“We call on all sides to refrain from violence & ensure peaceful political transition. A broad+inclusive process respecting rule of law is needed. Leaders must call for respect of life + property. Security forces [including] military must respect human rights & exercise restraint,” the UNHR said.

WHAT NEXT FOR SRI LANKA?

No one knows the next thing that would happen in the Island country. From all indications, Gobataya Rajapaksa would not return to the country soon. It is also unlikely that the protesters would return to their homes simply because there is a new President. If anybody becomes the President against the will of the people, the protest could continue for a long time. For now, the protesters are in charge of the country and decide what happens. However, even if Sri Lanka gets a new President today, there won’t be an end to the economic crisis immediately.