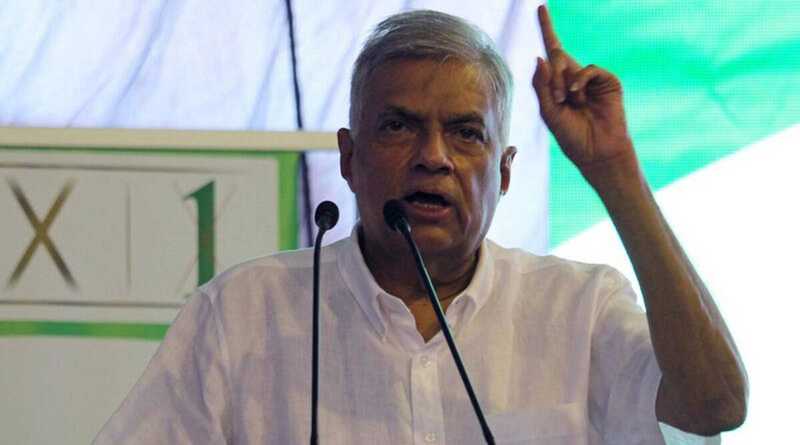 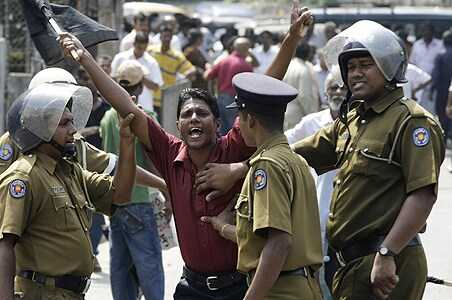 Although the protesters celebrated the resignation, one week later, they had raised their voices once again over the election of the former President’s ally, Ranil Wickremesinghe, as the new President and the appointment of another ally, Dinesh Gunawardena, as the Prime Minister.

In an election conducted on Wednesday, acting President Ranil Wickremesinghe was elected substantial President by the country’s parliament and was sworn in on Thursday. His election and swearing led to several protests across the country, with citizens saying he was no different from the Rajapaksas.

Immediately after his swearing-in, there were fears that he could use the military to clamp down the protesters. That fear was confirmed in the early hours of Friday when military men and security operatives stormed the camps of protesters. Many protesters were said to be injured during the raid.

“The very first day he used the armed forces – this is the face of Ranil Wickremesinghe,” Rajeevkanth Rajkumar, a construction worker who joined the protest said. “We don’t want any more innocent people to be injured. But we will go to that place (the protest site) at any cost.”

The police confirmed the raid, saying it was meant to retake the presidential secretariats from the protesters illegally occupying the property.

“A joint operation involving the military, police, and police special forces was launched in the early hours to recover the presidential secretariat from the protesters as they have no legal right to hold it,” police spokesperson Nalin Thalduwa told Reuters.

The protesters have earlier said they would hand over the property to officials on Friday, but the police said they were not aware of the planned handover.

The BBC reported that one of its journalists was beaten by the security operatives during the raid. According to the report, the military men forcefully collected the journalist’s device and deleted videos recorded at the scene before handing it over to her.

There are indications that the actions of the military and the police last night were underreported, and the security operatives could have done more harm. Footages and pictures from the scenes showed crying and injured protesters.

Forcefully clamping down on protesters is definitely not a good way to start a government in an already divided country. This single move by Rani Wickremesinghe has already dented his reputation inside and outside the country.

Less than 48 hours after taking over the mantle of leadership, Wickremesinghe has indirectly asked the world to keep his activities under watch. World leaders and international human rights organizations have questioned the President’s handling of the protest.

“Deeply concerned about actions taken against protestors at Galle Face in the middle of the night. We urge restraint by authorities & immediate access to medical attention for those injured,” U.S. Ambassador to Sri Lanka, Julie Chung, said on Twitter.

The Director of South Asia’s Human Rights Watch, Meenakshi Ganguly, said the new president promised to resolve the economic crisis, but he took a different path after assuming power.

“President Ranil Wickremesinghe has been telling donors and friends that he is committed to resolving the economic crisis, and yet among his first acts was to deploy a midnight security forces raid to disperse the peaceful protesters,” Meenakshi said.

He also called on the international community to take necessary actions against leaders like Wickremesinghe.

“The international community needs to act now, send a strong message that the global efforts are directed to support the people of Sri Lanka, and not to prop up abusive political leaders who undermine fundamental freedoms,” he added.

The country’s opposition leader Rani-Pohottuwa called on other Sri Lankans to bring down the government.