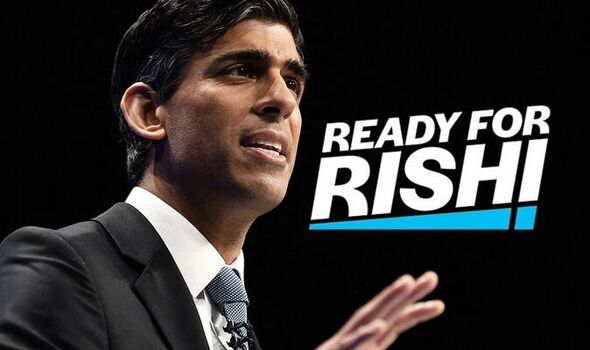 Candidates that could not get up to 30 votes were automatically eliminated in the first round of votes. Two of the aspirants that lost out were Nadhim Zahawi and Jeremy Hunt.

With the elimination of Zahawi and Jeremy Hunt, six candidates remain in the race as they prepare for the second round of votes.

Sunak resigned last week as Chancellor and his resignation paved way for dozens of resignations that forced Prime Minister Boris Johson to quit as prime minister.

Reacting to the outcome of the votes, the spokeswoman for Liz Truss urged her colleagues to queue behind her.

“Now is the time for colleagues to unite behind the candidate who will cut taxes, deliver the real economic change we need from day one and ensure Putin loses in Ukraine, she said. “Liz has the experience to deliver the benefits of Brexit from day one, grow our economy, and support working families.”

Jeremy Hunt, who lost out in the first round, thanked his loyal supporters and urged the remaining candidates to attack each other with caution, saying there would be consequences as the entire nation is watching them.

“A gentle word of advice to the remaining candidates: smears & attacks may bring short-term tactical gain but always backfire long-term. The nation is watching & they’ve had enough of our drama; be the broad church & unbeatable, election winning machine that our country deserves,” Hunt tweeted.

Jeremy Hunt also threw his weight behind Rishi Sunak, saying he is the best man for the job.

“Rishi is one of the most decent straight people with the highest standards of integrity that I have ever met in British politics,” he said. “And that’s why I would be proud to have him as my next prime minister.”

The candidates that survived the first rounds of votes will now stand for the second rounds on Thursday, with Rishi Sunak confident of victory. He has asked his colleagues to judge him based on his actions over the years.

“I don’t judge people by their bank accounts, I judge them by their character, and I think people can judge me by my actions over the past couple of years, whenever I’ve needed to step and to support people, I have, and furlough is a fantastic example of that,” he said. “I believe in hard work and aspiration, that’s my story. If I’m PM, then I’ll be making the case for that with vigour. Beyond character, you can judge me by my actions.”

Some MPs are worried that Sunak resigned because of his selfish ambition to be Prime Minister, and he cannot be trusted as Prime Minister.

“I believe his [Sunak] behavior towards Boris Johnson, his disloyalty means that I could not possibly support him,” Brexit Minister Jacob Rees-Mogg said.

In the second round of votes, the candidate that comes last would automatically be eliminated from the race. Analysis shows that Braverman is unlikely to survive the second round. The next few hours shall tell.