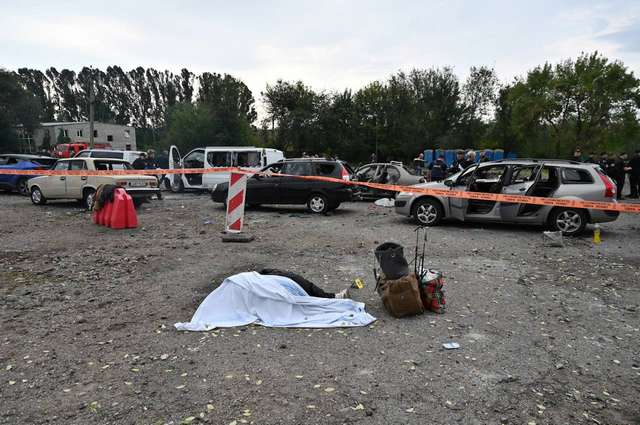 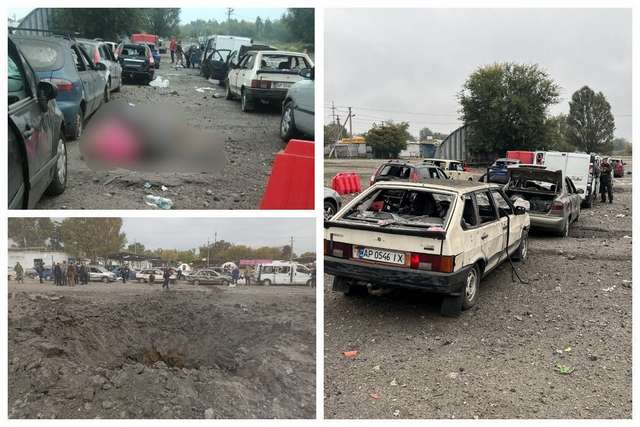 The Ukrainian government has accused Russia of killing 23 people and injuring 28 others after it launched a rocket attack on a civilian humanitarian convoy in Zaporizhzhia.

The incident was confirmed by Oleksandr Starukh, head of the Zaporizhzhia regional military administration, who said the majority of the victims were “in line to leave for the temporarily occupied territory, to pick up their relatives, to deliver aid.”

Footage from the scene showed wrecked vehicles and the bodies of victims.

“The enemy launched a rocket attack on a civilian humanitarian convoy on the way out of Zaporizhzhia,” Oleksandr Starukh said on Telegram.

“People leave Zaporizhzhia every day to support their relatives, deliver vital medicines to the civilian population and return back,” Mayor of occupied Melitopol, Ivan Fedorov, said on Telegram, adding: “It is impossible as of now to even count the number of dead and wounded people.”

The Kremlin is yet to react to the claims by the Ukrainians. However, it was unlikely that they were not responsible after preliminary investigations revealed that the S-300 missiles were used in the attack.

A simultaneous attack in Dnipro

There was an almost simultaneous attack in Dnipro, where the Russian forces launched another missile attack at another transit point. Only one death was recorded, but officials say dozens of vehicles got damaged.

“Fifty-two buses were burnt, and another 98 were damaged. Several high-rise buildings, a gymnasium, a store, and administrative buildings were damaged,” Valentyn Reznichenko, head of Dnipropetrovsk regional administration,  said after the attack.

A pro-Kremlin official in the Zaporizhia region denied claims that the Russian forces were responsible for the attacks and accused the Ukrainians of being responsible.

“The Kyiv regime is trying to portray what happened as shelling by Russian troops, resorting to a heinous provocation. Ukrainian fighters committed yet another terrorist act,” Vladimir Rogov, the Russian-appointed official in Zaporizhia, said on Telegram.