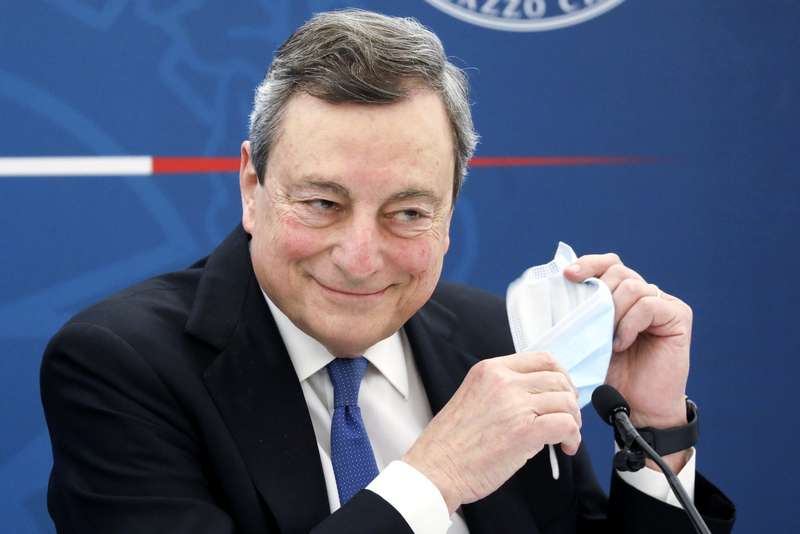 Italian Prime Minister Mario Draghi has resigned from his position after the collapse of his coalition government. The 74 years old submitted his resignation to President Sergio Mattarella on Thursday morning at the Quirinale Palace after the coalition parties withdrew support from the Prime Minister.

Last week, the Prime Minister submitted a similar resignation after the populist Five Star Movement failed to back him in a confidence vote, but President Mattarella rejected it. The President urged Draghi to go back to parliament to see if he could keep the broad coalition until next year when the parliament will expire.

Unfortunately, despite pleas from the Prime Minister, the Five Star Movement boycotted Wednesday’s confidence vote causing more woes to the already fragile government. The other parties that boycotted the confidence vote were Forza Italia and Matteo Salvini’s League. Both parties claimed that they did not wish to continue an alliance with the populist party led by Giuseppe Conte.

Before submitting his resignation, the Prime Minister visited the lower house, where he received massive applause.

“Thank you for all the work done together in this period,” Draghi told the lower Chamber of Deputies.

In a swift move after Draghi’s resignation, the country’s president announced the dissolution of parliament, saying the action was inevitable.

“The political situation that has been determined has led to this decision,” he added. “The discussion, the vote, and the manner in which this vote was cast yesterday in the Senate made clear the loss of parliamentary support for the government and the absence of prospects for forming a new majority. This situation made the early dissolution of the chambers inevitable,” the president said in his brief statement.

He added that there was no need for a pause in the system because of current economic and social crises.

“I have the duty to emphasize that the period we are going through does not allow for pauses in the interventions that are indispensable to counteract the effects of the economic and social crisis and, in particular, of the rise in inflation, which, caused above all by the cost of energy and food, entails heavy consequences for families and businesses,” he added.

ELECTIONS TO HOLD WITHIN 70 DAYS

With the dissolution of parliament, President Sergio Mattarella is expected to announce the date for a new election. The elections are expected to hold within 70 days. State broadcaster RAI said that national elections will be held on September 25.

Opinion polls suggest that the leader of the FDI is the favorite to be Prime Minister. Giorgia Meloni was not part of the unity government and had regularly called for snap elections.

“I have my own ideas on how this nation should be governed, what should be done, what its industrial strategy should be,” Meloni said.

While some opposition camps are happy with Draghi’s resignation, others see it as a betrayal of Italy and the Italian people. Democratic leader Enrico Letta described the lack of support for Draghi’s government as madness.

“On this day of madness, Parliament decides to go against Italy. We have made every effort to avoid it and sustain [Draghi’s government]. The Italians will demonstrate in [the ballots] that they are wiser than their representatives,” he tweeted.

Two ministers in Forza Italia on Thursday announced their resignations from the party for failing to back Draghi’s government. The Ministers who resigned from the party are Renato Brunetta and Maria Stella Gelmini.