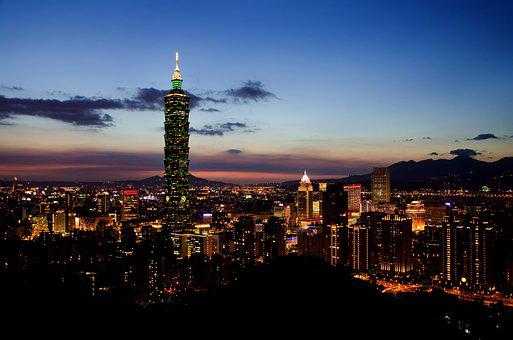 They said they would do it and they have been true to their word. China have announced today (4 August) that the People’s Liberation Army (PLA) have begun conducting a series of live-fire military drills, in the air and at sea, around Taiwan. It is being reported that they have warned ships and aircraft not to enter the affected areas, which are set to continue in specific zones on all four sides of the island, effectively encircling it, as close as 12 nautical miles from the Taiwanese mainland. Many see it as China finding the perfect excuse to stage “war games” in what could be seen as a dress rehearsal for real thing, having already sent their warplanes out as far as the median line, the unofficial divide separating China and Taiwan, in the waters between the two.

The reason for this sudden escalation of activity, in what has always been a tense environment, is China’s reaction to The Speaker of the US House of Representatives, Nancy Pelosi, visiting Taiwan, the self-ruled island, which the Chinese do not recognise – officially along with the majority of the world’s nations, it should be said – and see it as a breakaway province, which must be brought back to become part of its country. China’s President Xi Jinping has said “reunification” with Taiwan “must be fulfilled,” and has never ruled out the possible use of force to achieve this.

Ms Pelosi, is on a tour to what is described as the “Indo-Pacific region”, including visits to Singapore, Malaysia, South Korea and Japan, but crucially on the initial itinerary there was no mention of Taiwan, that would seek to “reaffirm America’s unshakeable commitment to our allies and friends in the region.” Her party of a six-person Congressional Delegation, includes leading members of the House of Representatives: Gregory Meeks, Mark Takano, Suzan DelBene, Raja Krishnamoorthi and Andy Kim, and had been warned any venture to the island would be seen as “divisive” and to expect “serious consequences if she were to go there,” and that the US would “pay the price” were that to happen. President Joe Biden had said the US military believes a Pelosi visit to Taiwan is “not a good idea right now.”

Well she did go, and met with Taiwan President Tsai Ing-wen, making it “unequivocally clear” that the US would not “abandon” the island. “Forty three years ago, America made a promise to always stand with Taiwan… today our delegation came to Taiwan to make it unequivocally clear we will not abandon our commitment to Taiwan,” Ms Pelosi said, referring to the Taiwan Relations Act. She has long been a vocal critic of the Chinese leadership, denouncing its human rights record. She previously met pro-democracy dissidents and visited Tiananmen Square, commemorating victims of the 1989 massacre.

Taiwan is an island, approximately 100 miles from the coast of south east China and sits in the so-called “first island chain”, which includes a list of US-friendly territories, which are crucial to US foreign policy. However, officially the US has formal diplomatic ties with China, and not Taiwan, and abides by the so called “One China” policy; but it does maintain a “robust unofficial” relationship with the island, which includes selling weapons for Taiwan to defend itself. Washington’s official line is of “strategic ambiguity” meaning effectively that they are deliberately unclear about how, or indeed whether it would defend Taiwan, in the event of an attack.

The Taiwan Defence Ministry said China had broken UN rules and it would counter any incursions into its territory. It said the live-fire exercises in the sea and airspace around Taiwan were “endangering international shipping lanes, challenging the international order, undermining the status quo in the Taiwan Strait, and endangering the area.” The two sides, who split after a civil war in 1949, have no official relations, but do have multibillion-dollar business ties, specifically with regards to processor chips, needed by Chinese factories to assemble the world’s smartphones and other electronics devices.

Beijing’s ambassador to London, Zheng Zeguang, has told the US it is performing a “highly dangerous trick” over Taiwan and “those playing with fire will get burned,” before provocatively warning the UK not to “dance to the tune” of the United States. The Kremlin spokesman Dmitry Peskov said that the level of tension brought about by Ms Pelosi’s visit “should not be underestimated.” He confirmed that no additional contacts between Russian President Vladimir Putin and his Chinese counterpart Xi Jinping were planned, before pausing and adding… “yet!”.

Ms Pelosi, having triggered an alarming situation by her decision to visit the island, has now moved onto South Korea, but the suspicion has to be that the fallout from this trip will have caused a major headache back in Washington, with some difficult days and weeks ahead. It certainly is not going to be sorted any time soon, and could even grow in to a major US-China crisis.