‘Taiwan will not compromise its sovereignty,’ President Tsai tells China 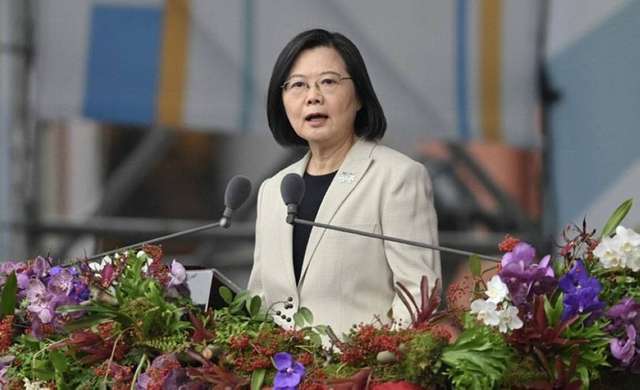 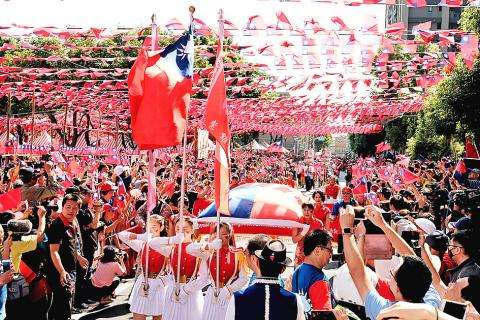 Like a dog standing up to a lion, the President of Taiwan has sent a message to China, notifying it of its resolve to defend itself should it be attacked. The president of Taiwan, Tsai Ing-wen, disclosed this at the celebration of the country’s National Day.

“The consensus of the Taiwanese people … is to defend our sovereignty and our free and democratic way of life. There is no room for compromise on this,” Tsai said on Monday.

The tension between Taiwan and China is at its highest point, especially after the Speaker of the United States Congress, Nancy Pelosi, visited Taipei in August. Despite both countries going their separate ways about 70 years ago, the Chinese Communist Party believes both sides would become one again, even if it means fighting a war to get that done.

In her speech Monday, Tsai Ing-wen urged the communist party to choose the path of peace and not of war.

“I call on the Beijing authorities that resorting to war must not be the option for cross-strait relations,” President Tsai said. “Only by respecting Taiwanese people’s insistence on sovereignty, freedom, and democracy can we resume positive interactions across the Taiwan Strait.”

Tsai Ing-wen did not say his country’s military was as strong as that of the Chinese but said Taiwan was strengthening its defense by boosting the production and acquiring precision weapons to boost asymmetric warfare capabilities that could withstand even stronger militaries.

The 66-year-old leader said an attack on Taiwan would be an attack on democracy, hence the world would come to its rescue.

“The international community is very clear that defending Taiwan’s security equals defending regional stability and democratic values. If Taiwan’s democratic freedoms are destroyed, it will be a major setback for democracies around the world,” she said.

The United States continuously provides military aid to Taiwan as it prepares for a possible invasion by Mainland China. Last month, Joe Biden approved the sales of arms worth $1.1 billion to Taipei, a move that angered Beijing.

Taiwan’s National Day is a yearly celebration marking the start of a revolution in China which led to the collapse of imperial rule and the establishment of the Republic of China.

The Republic of China ruled over China until it was overthrown by the Chinese Communist Party in 1949 after a bloody civil war. It was in that year it moved to Taiwan.

Monday’s ceremony was the 111th anniversary of Taiwan’s National Day. The President of Palau, one of the 14 countries that recognize Taiwan’s sovereignty, was present. Also present was Eddie Bernice Johnson, a US congresswoman from the State of Texas.

The colorful celebration saw the performance of a beautiful Taiwanese band, with citizens waving the country’s flag. The breathtaking military parades added beauty to the day’s activities. As the military helicopter flies over the skies of Taipei with a national flag, the people of Taiwan wish that China will keep off its territories.