Serena Williams announces retirement, says it was a difficult decision 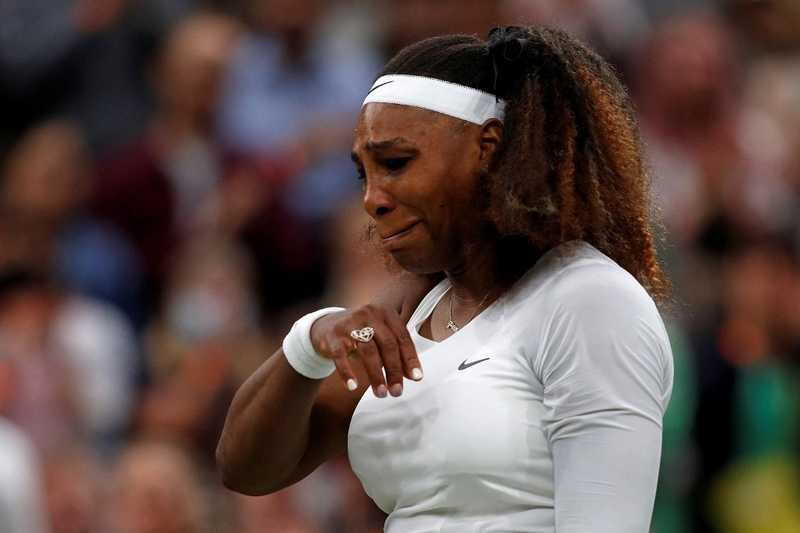 Serena Williams is unarguably the first name that comes to mind when you think of female tennis players. That is because of the numerous records she created while playing the beautiful game. To the heartbreak of many of her fans, the athlete has announced her retirement from the sport.

“I have never liked the word retirement…Maybe the best word to describe what I’m up to is evolution. I’m here to tell you that I’m evolving away from tennis, toward other things that are important to me,” Serena Williams said in the September edition of Vogue Magazine.

The athlete is one of the most successful female tennis players, with 23 grand slam victories to her name. She began her retirement story by explaining how her daughter, Olympia, kept praying for a baby sister and the need to step aside from the games and focus on her family.

“I never wanted to have to choose between tennis and a family. I don’t think it’s fair,” Serena said. “The countdown has begun. I have to focus on being a mom, my spiritual goals, and finally discovering a different but just exciting Serena.”

Williams became known at the 1999 U.S open after claiming a surprising victory. If she fails to win her final tournament, the athlete will finish with at least 73 single titles, 23 double titles, and almost $100 million in career winnings.

Despite maintaining the top spot in the game, Serena Williams has had a challenging career since the birth of her daughter in 2017. She won her first match in more than a year this week at the National Bank Open.

While most athletes see retirement as something exciting, the 41-year-old does not feel that way. Serena Williams expressed how painful it was for her to quit the game despite being 41.

“I know that a lot of people are excited about and look forward to retiring, and I really wish I felt that way,” the athlete said. “I’ve been reluctant to admit to myself or anyone else that I have to move on from playing tennis. It’s like a taboo topic. It comes up, and I start to cry.”

Serena William’s determination to stay on the game was seen when she played tennis during her pregnancy, after a c-session, and while breastfeeding.

THE REGRET OF NOT WINNING A 24TH GRAND TITLE

Arguably, Serena Williams would have won her 24th Grand title if not for the difficulties that came with raising a family. Although Williams won 23 grand slam titles, she was one title away from equalling Margaret Court’s record of 24 titles. She admitted that in her retirement announcement, saying she would be “lying” if she said  she “didn’t want that record.”

“There are people who say I’m not the GOAT because I didn’t pass Margaret Court’s record of 24 grand slam titles, which she achieved before the “open era” that began in 1968. I’d be lying if I said I didn’t want that record. Obviously, I do,” Williams said.

She admitted to thinking too much about breaking the records and that it could be one of the reasons she didn’t get the 24th grand slam title, coupled with the fact that she had to deal with pregnancy and post-pregnancy stress.

“Maybe I thought about it too much, and that didn’t help. The way I see it, I should have had 30-plus grand slams. I had my chances after coming back from giving birth. I went from a C-section to a second pulmonary embolism to a grand slam final. I played while breastfeeding. I played through postpartum depression. But I didn’t get there,” Serena continued. “I showed up 23 times, and that’s fine.”

She added that she would prefer to build her family instead of building her tennis resume at the moment.

A MOTHER AND A PLAYER

Unlike male athletes, the hands of female athletes are tied once they become pregnant. That was the case with Serena Williams. However, despite the challenge of balancing motherhood with her sports, Olympia’s mother said her daughter had spent only 24 hours away from her in five years.

“I was never that confident or comfortable around babies or children, and I figured that if I ever did have a baby, I would have people taking care of it 24/7,” she said. “In five years, Olympia has only spent one 24-hour period away from me…The fact is that nothing is a sacrifice for me when it comes to Olympia.”

That is exactly what she has done. She sacrificed her career for the love of her daughter and her family.

Serena and Alexis are planning to have more kids. Williams said it was time to either have two feet into tennis or two feet out.

“In the last year, Alexis and I have been trying to have another child, and we recently got some information from my doctor that put my mind at ease and made me feel that whenever we’re ready, we can add to our family, she continued. “I definitely don’t want to be pregnant again as an athlete. I need to be two feet into tennis or two feet out.”

THE NEXT STEP FOR WILLIAMS

As the great athlete is stepping away from sports, she is looking forward to growing her small firm, Serena Ventures.

“We’re a small but growing firm of six people scattered between Florida, where I mainly live, Texas, and California. I started investing nine years ago, and I really fell in love with early stage, whether it’s pre-seed funding, where you’re investing in just an idea, or seed, where the idea has already been turned into a product,” Serena said. “Serena Ventures has been an all-female business until recently when we brought in our first guy.”

She said her firm is considering all options available, and there is room for expansion.

Unlike other athletes who wish for a grand departure from the world stage, Serena is planning a quiet exit and not a ceremonial one. Despite announcing her retirement, Williams has one last chance to equal Margaret’s 24-gram titles. Whether that happens or not, she said she was “not looking for some ceremonial, final on-court moment.”

A quiet exit does not mean a lack of appreciation for her fans. The mother of one thanked her fans, saying she got no words to appreciate their love.

“But please know that I am more grateful for you than I can ever express in words. You have carried me to so many wins and so many trophies. I’m going to miss that version of me, that girl who played tennis. And I’m going to miss you,” she concluded.