Roger Federer has announced he is to retire from tennis 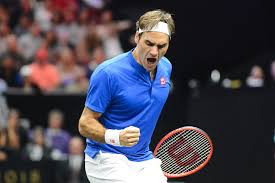 Tennis great Roger Federer has today announced his retirement from the game. The 41-year-old has had to concede defeat – not something he has much experience in – and accept that recent injuries and surgeries, together with and over 1,500 competitive matches over a 24 year career, have taken their toll on his body’s capabilities and now is the time to call it a day. The Laver Cup to be held in London starting next week will be his final APT event.

Injury got the better of him

He has not played competitively since the last eight of Wimbledon, where he lost to Hubert Hurkacz, after which he had two more operations on his troublesome knee. Many thought he might bow out then, but such is his determination, he felt he could make a full recovery and challenge for the number one spot once more. However, it become increasingly obvious that his rehabilitation was not progressing to plan.

He debuted on the tennis circuit aged just sixteen, way back in 1998 and won his first major Grand Slam at Wimbledon five years later, a venue that became his favourite, with him going on to be successful a total of eight times. Indeed, Federer is the most successful grass-court male player of all-time with his last triumph at the All England Club coming in 2017.

The man to beat

He also won six Australian Open, and five US Open titles, with a French thrown in for good measure. He was very much the man to beat alongside his great rivals Novak Djokovic, and Rafael Nadal and to a lesser extent, Andy Murray.

He played in an astonishing 31 Grand Slam finals, the last of which came at Wimbledon in 2019, when he was defeated by Djokovic, despite having held two championship points. He also won the Olympics doubles gold for Switzerland alongside Stan Wawrinka at the Beijing Games of 2008 and then surprisingly to some, had to settle for a silver medal in the 2012 singles in London, 2012 when Murray got the better of him.

He thanked his family and legions of fans for their wholehearted support and backing throughout his illustrious career. He paid his respects to his great rivals by saying he considered that they had taken the game to a completely different level, whilst remembering to acknowledge everyone who had helped get him to those levels in the sport he loved. His retirement, comes less than two weeks after Serena Williams was given an emotional send-off at the US Open, is another indication that this incredible era in the sport is drawing to a close.

In numbers his records is mightily impressive.

Almost unbeatable for a time

He spent 310 weeks in total as world No 1, and 237 of them were consecutive and when he achieved the distinction at the age of 36 years and 320 days, he became the oldest world No 1 in ATP history. He earned a staggering $130,594,339 in career prize money, supplemented by his sponsorship deals that more than tripled those figures. He had appeared in the top-10 of Forbes’ list of the world’s highest-paid athletes, every year since 2012.

Maybe he hasn’t thought this through properly, he may not be able to fully afford to call it a day just yet? Although no doubt there will be a few dollars available on the exhibition circuit. Seriously, he has been a wonderful ambassador for the sport, always conducting himself with great dignity and respect for his opponent. He will be missed.