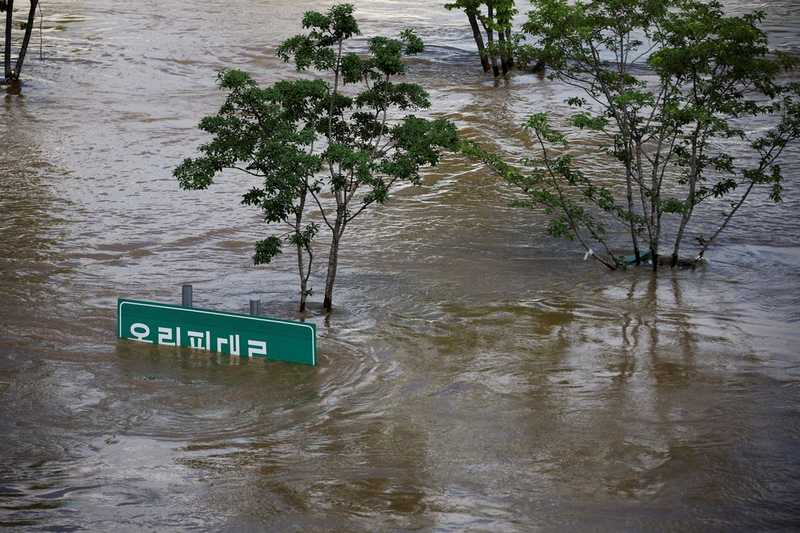 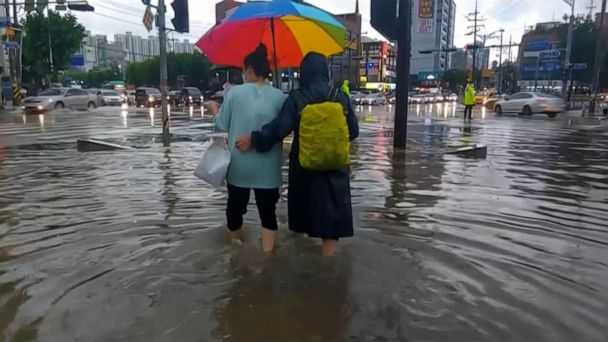 Like in Kentucky, torrential rainfalls have caused unprecedented flooding in South Korea, killing at least 13 people. The rains affected several homes, roads, subway stations, and other places in the South Korean capital Seoul this week. Officials say residents should expect more rainfall in the coming days.

Although the flooding affected most people in Seoul, the poor were the most hit by the waters. Most victims were residents of what is known as “Banjihas.” These are apartments that are underground. They are basements or semi-basements that house most of the poor population in the country’s capital.

According to the country’s safety ministry, about 2,800 structures were damaged, including houses, shops, retaining walls, and other buildings. Some of these have been repaired by the government. Unfortunately, despite the repair of the buildings and structures, the number of deaths recorded during floodings cannot be undone.

Among those killed by the waters was a family in Gwanak. The water took the family by surprise, and they could not escape from their underground home (banjiha). Choi Tae-young, head of the Seoul Metropolitan Fire and Disaster Headquarters, said the family could not escape due to water building up outside their door.

According to CNN: “The family of three — a woman in her 40s with Down syndrome, her sister, and the sister’s 13-year-old daughter — died after water pressure prevented them from opening the door of their flooded home in Seoul’s southern Gwanak district.”

President Yoon, Choi Tae-young, and other top government officials visited the site of the family’s death on Tuesday. In one of his remarks, the president said: “I don’t know why the people here didn’t evacuate in advance.” The statement has generated a lot of criticism online, with many questioning the government handlings of the unsuitable bunkers where the poor of Seoul reside.

Residents told reporters how difficult it was for the family to survive because of the sudden arrival of the waters.

“Water came in in an instant,” one resident told the president after his controversial statement.

There is no better way to explain how difficult their lives were than pointing at where they were residing at the time of their death.

GOVERNMENT TO BAN THE ‘BANJIHAS’

In a statement released on Wednesday, the Seoul city government said there is a plan to ban the use of ‘banjihas’ for residential purposes.

“In the future, in Seoul, basements, and semi-basements (banjihas) will not be allowed to be used for residential purposes,” the Seoul city government said in the statement.

The statement added that the ban would be enforced “so they [banjihas] cannot be inhabited by people, regardless of habitual flooding or flood-prone areas.”

The Mayor of Seoul described the underground houses as “a backward housing type that threatens the housing-vulnerable in all aspects, including safety and residential environment,” adding that they “should now be eliminated.”

The government said there would be a grace period of 10 to 20 years, and tenants would receive help to move into public rental housing or receive housing vouchers. Afterwhich the apartments will be converted into non-residential places.

The government’s commitment to solving the housing problem has been questioned by many. Citizens have also expressed doubt over the proposed plan to eliminate the banjihas.

Cho Eun-Yeong, the urban environmental researcher, expressed worry that the plan did not contain concrete ideas on how the government will execute it. She said the proposal does not have a specific timeline, compensation figures, and other features that will make it concrete. The environmental expert also argued that the government has failed in most of its promises hence another promise could be the same.

“In fact, I think there is a very high possibility that it will only be a declaration and not be implemented,” Cho Eun Yeong said.

The phrase “climate change” has been used in recent times more than every other time in human history. That is because of the visible signs for everyone. The recent floodings in Kentucky and Korea are clear messages that something needs to be done about planet earth.

Park Jung-min, deputy director of the Korea Meteorological Administration Press office, said the climate was “raising the temperature of the Earth and the ocean, which means the amount of water vapor the air can hold is getting bigger.”

“It’s up to the weather where this bag of water will pour,” he added.

The case in Seoul is a sign that the changes caused by the climate will have more effects on the poor than the rich because the rich do not live in ‘banjihas.’

That was the point made by Choi Eun-Yeong. She said: “The changes brought about by the climate crisis are almost catastrophic, especially for the most vulnerable, because they don’t have proper housing to respond to those conditions.”

Apart from the flooding, residents in places like this are most likely to suffer the effects of heat waves and other adverse effects of extreme weather. Hopefully, there will be a time when the cry for help is heard before the disaster strikes.