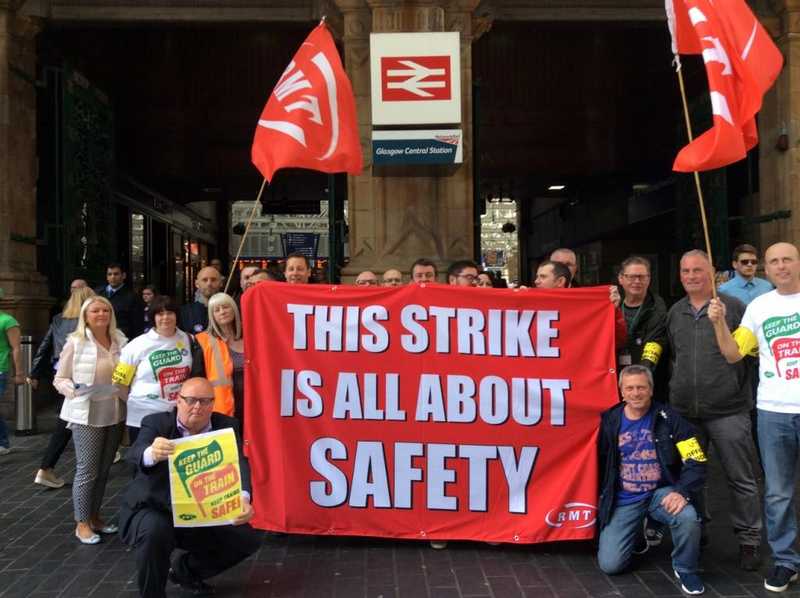 It’s Thursday in the UK. Unlike every other Thursday, citizens might not be able to get work or travel comfortably because a few people are angry. Once again, the rail workers in Britain have closed down the lines for 80% of the trains, saying Network Rail has not improved the conditions of workers despite the multiple negotiations.

A statement released by National Rail read: “Only about 20% of Britain’s rail network will be open on strike days with a very limited service running on lines that will only be open from around 7.30 am to 6.30 pm…There will also be disruption on Friday 19 August due to a strike on the London Underground.”

The General Secretary of the Union said National Rail had not met their demands, and the strike was necessary.

“Network Rail have not made any improvement on their previous pay offer, and the train operating companies have not offered us anything new,” Mick Lynch, General Secretary of RMT, said.

“RMT will continue to negotiate in good faith, but we cannot tolerate being bullied or hoodwinked into accepting a raw deal for our members,” he continued. “The government needs to stop their interference in these disputes, so the employers can come to a negotiated settlement with us.”

In an interview with Sky News, Mick Lynch said the industrial action was a result of the Network Rail and rail operator’s plan to cut thousands of jobs and an attack on workers’ pensions.

“We’ve still got the issues at the start, that Network Rail and rail operators want to cut thousands of jobs from our industry, and we think that will have an impact on safety and obviously our members’ future,” Mick Lynch said.

“They want to rip up our conditions of service, the train operating companies are also attacking our pensions, and of course, we haven’t had a pay deal across our industry for two or three years,” he added.

Mick Lynch continued saying the involvement of the government in the negotiations was another challenge faced by the Union.

Union not Clear on Reason for Strike

The Chief Executive of National Rail, Andrew Haines, said the union’s stance on the issues is not clear enough.

“Where I have a fundamental disagreement is that I don’t think colleagues are clear on what they’re striking for now,” he said.

Andrew Haines added that National Rail is trying its best to meet workers’ demands, but the RMT was not cooperating.

“Now we’ve done our very best to meet those sort of issues, but the common factor here is the RMT; it’s not the government, he said.

The Ministry of Transport, headed by Grant Shapps, has been accused of blocking the negotiation process by the RMT. However, the ministry, in a statement released on Thursday, said the union leaders were causing misery to the people of Britain.

“Yet again, for the sixth time since June, union leaders are opting to inflict misery and disrupt the day-to-day lives of millions instead of working with industry to agree a deal that will bring our railways into the 21st century,” the statement said.

“All these strikes are doing is hurting those people the unions claim to represent, many of whom will again be out of pocket and forced to miss a day’s work,” the statement continued. “We urge union bosses to do the right thing by their members and let them have their say on Network Rail’s very fair deal, which will deliver the reforms our rail system urgently needs.”

US Senator Reacts to Strike Action

Bernie Sanders, a US senator for Vermont, has added his voice to the voices of the striking workers in the UK, saying: “Enough is enough.”

Sanders, 80, said workers across the world and in the United States were fighting back.

“They are sick and tired of seeing the rich get richer, while workers fall further and further behind. We stand in solidarity with our brothers and sisters in the UK,” Sanders said.

Since June, the union has taken the path of strike six times. The RMT vowed to continue that path until their demands are met.