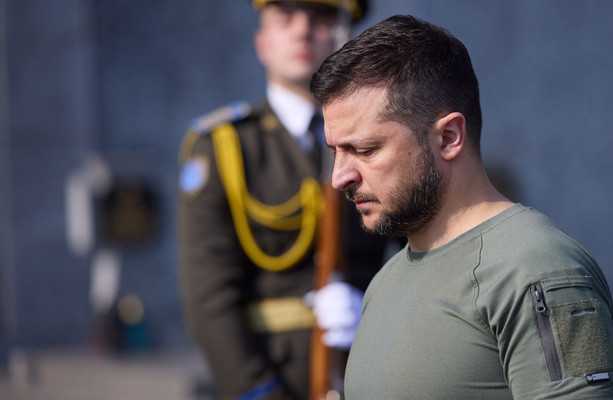 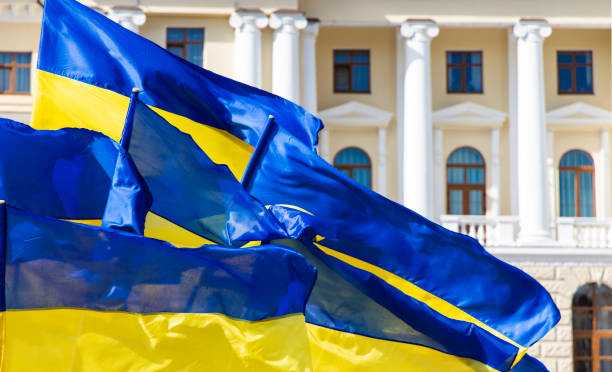 On the main street of Kyiv, Khreshchatyk, there are displays of captured Russian tanks to show the country’s success in the war against Ukraine. Citizens, including children, were seen climbing the tanks on Tuesday. To them, they symbolized Russia’s failed attempt to take over the capital. Some parents said they were in Kyiv to show the captured tanks to their children.

“A new nation emerged on February 24 at 4 a.m. Not born, but reborn. A nation that didn’t cry, didn’t scream, didn’t get scared. Didn’t run away. Didn’t give up. Didn’t forget,” Zelensky said Wednesday.

“Every new day is a new reason not to give up. Because, having gone through so much, we have no right not to reach the end. What is the end of the war for us? We used to say: Peace. Now we say Victory,” he added.

In his independence day address, Zelensky said Ukraine would fight until the end, and the country would not make any compromises.

“We don’t care what army you have, we only care about our land. We will fight for it until the end. We have been holding strong for six months. It’s tough, but we have clenched our fists, and we are fighting for our destiny,” he continued. “Every new day is a reason not to give up. After such a long journey we do not have the right not to go on to the end.”

In parts of Lviv, it was a feast of tears as families and officials held a ceremony at the graves of the fallen soldiers at the Lychakiv Cemetary.

31 Years of Independence and 6 Months of Invasion

Ukraine officially became an independent state on August 24, 1991, when the country’s parliament declared that the laws of the USSR would no longer apply to Ukraine. In a referendum held in December that year, Ukrainian voters voted massively in support of independence. Over 90% of eligible citizens voted for independence, including 56% of people in Crimea.

Fast forward to 2022, thirty-one years later, Ukraine is in a war with another country that was part of the USSR, Russia. While the country is celebrating 31 years of freedom, it is also marking the 6th month of Russia’s invasion.

To many Ukrainians, the war has limited their celebrations, especially for those that have lost loved ones and those with family members on the frontline.

“My father is on the front line, a lot of my relatives are on the front line … so tomorrow is not a celebration per se, but honoring and feeling independence, because this time it will feel differently than for the previous 30 years,” Daria said in an interview with CNN.

“I don’t feel festive about (Independence Day), I rather feel sad because I understand what is going on, and my husband and brother are on the front line,” Illia, whose husband is fighting the Russian forces, told CNN.

Like Illia and Daria, many Ukrainians feel this celebration was different from the other 30 they have had. However, a lot of them defiled the calls for low-key celebrations. Some were seen carrying flags of the country in the spirit of celebration.

Several world leaders have celebrated with Ukraine to mark its 31st independence anniversary. The first on the list is President Andrzej Duda of Poland. He said Poland was the first country to recognize Ukraine as an independent state.

In a video message by Duda, he expressed confidence that a bright future awaits them after overcoming the Russian invasion.

“For 31 years Ukraine has been proudly celebrating Independence Day. Although this celebration, six months after the start of the Russian invasion, is different, you are not alone. I wish all Ukrainians strength, peace, and perseverance in the struggle for freedom and independence,” he said.

Josep Borrell, the chief diplomat of the EU, also recorded a video message dedicated to the people of Ukraine. Borrell assured Ukrainians of Europe’s support as it defends its independence and sovereignty.

“On the Independence Day of Ukraine, I express my admiration for those who fearlessly defend the sovereignty and independence of Ukraine, the principles of humanism and democracy. Europe is on your side,” Borrell said.

On Wednesday morning, the headquarter of the EU wore the Ukrainian flags. The President of the European Commission said it is a sign that Europe is standing with Ukraine.

Sanna Marin, Prime Minister of Finland, posted a picture he took with Zelensky, and wished the Ukrainian leader victory in the war with Russia.

You are brave and unshakable. We are with you. We won’t digress. We will not forget Ukraine and its people …“Glory to Ukraine!” she said.

“Today, we also celebrate the 31st Independence Day of Ukraine. Sweden firmly supports Ukraine, its sovereignty, and territorial integrity. Ukraine protects not only its own citizens and borders from Russia’s illegal aggression, Ukraine protects Europe, she stressed.

Greetings from an Enemy

Among the many greetings sent to Ukraine, one was from a known enemy of the country. In a surprising message, the President of Belarus, Alexander Lukashenko, congratulated the people of Ukraine on its independence celebration.

“I am convinced that today’s contradictions will not be able to destroy the centuries-old foundation of sincere good neighbourly ties between the peoples of our two countries,” Lukashenko said on Wednesday. “Belarus will continue to stand for the preservation of harmony, the development of friendly, mutually respectful contacts at all levels,” he added.

Ukraine, on the other hand, rejected Lukashenko’s greeting, saying he was part of the crimes committed against them. Presidential adviser Mykhailo Podolyak said the greeting from Lukashenko was “cynical.”

“Lukashenko truly believes that the world does not notice his participation in crimes against [Ukraine]. And that is why he cynically wishes “peaceful sky” by shelling us. This blood-soaked clowning is recorded and will have consequences. Right after the fall of barbaric ru-empire,” Podolyak said on Twitter.

Johnson Surprises Ukraine with a visit

The darling of Ukraine and outgoing Prime Minister of the UK visited Ukraine on Wednesday to celebrate with President Zelensky physically. The visit is arguably his last as Prime Minister.

“What happens in Ukraine matters to us all. That is why I am in Kyiv today. That is why the UK will continue to stand with our Ukrainian friends. I believe Ukraine can and will win this war,” Johson said on Twitter.

“The UK will continue to stand with our Ukrainian friends. I believe Ukraine can and will win this war,” he said.

Before Johnson departed from the warring nation, President Zelensky awarded him with the Order of Liberty for “the work Boris has been doing for [Ukraine] and all of Europe.”

Since the war started, the UK has spent about $2.71 billion on military and financial aid to Ukraine. On Wednesday, the government announced the donations of vehicles and drones worth $63.5 billion to Kyiv.

The Foreign Minister of Portugal,  João Gomes Cravinho, was also in Kyiv to celebrate with Ukrainians.

“It’s an honour and a privilege to be here on such a significant day for Ukraine. Count on Portugal’s full solidarity and support,” Cravinho tweeted during his visit.