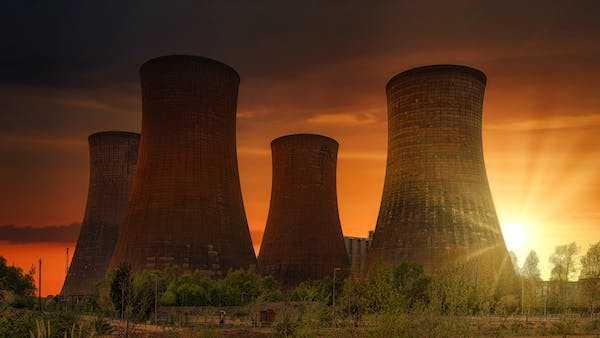 UK citizens woke up on Friday morning to the news that they had been fearing, but in all honesty, probably expecting, when it was announced by Ofgem (the Office of Gas and Electricity Markets) that the energy price cap, currently at £1,971 for a typical household energy bill, would rise from October 1 by 80 per cent to a whopping £3,549. This comes at a time when many families are struggling already with the cost of living crisis affecting all other aspects of every day life, particularly food and fuel.

Things only getting worse

Furthermore, just as that bombshell was registering, the independent regulator warned that prices could get “significantly worse” next year. They say that at this present moment in time they will not be giving price cap projections for January because the market remains too volatile, but it says the market for gas in winter means that prices could get significantly worse right the way through 2023.

It says the new price cap level will take effect from 1 October 2022, but it is possible some suppliers may begin increasing direct debits before this date, to spread costs. They add that any customers, and there are likely to be a considerable number, who are worried about their direct debit payment increases, should contact their suppliers to try and make alternative arrangements.

The cap will not apply if households are on a fixed-term energy tariff, which is a tariff with a fixed end date, or have chosen a standard variable green energy tariff which Ofgem has exempted from the cap. Additionally anybody living in Northern Ireland escape it due to the limited number of suppliers, although that is of little consolation to people residing there, as prices have been going up so rapidly in that part of the UK that research suggests its fuel poverty levels will be the highest anywhere in the country.

This rise follows on from a 54% increase in April of this year, and the current support offer of £400 for all bill payers, with an additional £650 for people on qualifying benefits, is now looking to be well short of the realistic figure required to help get the UK public through this constantly worsening crisis.

Ofgem chief executive Jonathan Brearley confirmed that they are working with ministers, consumer groups and industry on a set of options for the incoming Prime Minister, that will require urgent action upon appointment. He said: “The response will need to match the scale of the crisis we have before us. We know the massive impact this price cap increase will have on households across Britain and the difficult decisions consumers will now have to make. I talk to customers regularly and I know that today’s news will be very worrying for many.”

He continued: “The price of energy has reached record levels driven by an aggressive economic act by the Russian state. They have slowly and deliberately turned off the gas supplies to Europe causing harm to our households, businesses and wider economy. Ofgem has had no choice but to reflect these cost increases in the price cap.”

He added that he believed that there was a way through the crisis, but the new government leadership had a massive role to play: “The government support package is delivering help right now, but it is clear the new Prime Minister will need to act further to tackle the impact of the price rises that are coming in October and then again next year. With the right support in place and with regulator, government, industry, and consumers working together, we can find a way through this.”

Labour’s Shadow Chancellor Rachel Reeves said: The “astronomical” price rise “will strike fear in the heart of many families right across the country, and force many to make unthinkable choices this winter”. She added: “The government needs to freeze gas and electric energy prices through winter. This could be funded by bringing in a windfall tax on oil and gas companies’ profits, that is the right and fair thing to do, and that is what Labour would do, that is what the government should press on and do. We cannot wait any longer to act. This is a national emergency. “The Tories must freeze energy bills now so households do not pay a penny more in winter.”

The current Chancellor Nadim Zahawi however quickly dismissed those proposals. He said: “We are working on our own proposals for the new Prime Minister to consider, which would include support for businesses which are not covered by the cap. I know the energy price cap announcement this morning will cause stress and anxiety for many people, but help is coming with £400 off energy bills for all, the second instalment of a £650 payment for vulnerable households, and £300 for all pensioners.”

His statement continued: “While Putin is driving up energy prices in revenge for our support of Ukraine’s brave struggle for freedom, I am working flat out to develop options for further support. This will mean the incoming Prime Minister can hit the ground running and deliver support to those who need it most, as soon as possible.”

Current PM Boris Johnson has repeatedly stressed that he will leave major decisions on additional support to his Downing Street successor, who will not be announced until 5 September, when the Tory leadership contest reaches its conclusion.

The two in line have differing opinions on how best to tackle the situation.

Rishi Sunak has said he will cut VAT on domestic energy and provide further targeted support for needy households.

Liz Truss on the other hand had indicated that she will help, but has been less clear about how she would deliver it. Initially she has favoured helping households through tax cuts, but critics pointed out that would do little to help people on the lowest incomes. She altered her stance to say she would use an “emergency budget” to “ensure support is on its way.”

One thing is clear though. Exactly how the next leader tackles the biggest cost of living crisis in living memory, will likely define their time in number ten and ultimately the length of that stay.

Leading analytical firm Cornwall Insight have revised their forecast for January’s energy price cap to an eye-watering £5,386 a year. It says today’s announcement should “act as a wake-up call to policymakers.”

Dr Craig Lowrey, a Senior Consultant at Cornwall Insight, says: “The cap was never meant to be a permanent solution, it was created for a different energy market than the one we face today and has not protected consumers from what will be incredible hardship this winter.”

He urged ministers to review the price cap and to consider ways to protect the most vulnerable, such as social tariffs, before appealing to those with power to act: “In the meantime, a key focus for the next Prime Minister and for Ofgem must be protecting consumers, and the wider economy from the impact of this rise. There are several avenues that can be explored including a review and expansion of the current support package of at least £400 per household.”

Why is this happening?

For the average citizen there is bewilderment as to why their gas and electricity bills have suddenly become so outrageously expensive. The answer is twofold: Covid and Russia. When countries started lifting pandemic restrictions, and major economies slowly emerged from the pandemic, demand for key commodities such as oil soared which sent prices rocketing. Then, with Russia being a major oil and natural gas producer and exporter and after countries introduced sanctions against Russia following their invasion of Ukraine, the Kremlin started squeezing supplies of gas to Europe, which had the knock on effect of pushing up prices.

Previous price caps have been in place for six months, but this one, and subsequent caps, will only last for three months. The reason given by Ofgem is that they have changed things around owing to the current situation. They say people will see the benefit of falling prices (when they eventually come) reflected quicker in their bills. It will also protect against more suppliers going bust, but it means there will be a seemingly inevitably higher cap taking effect in January 2023, the coldest time of year, and when people are also trying to pay off the cost of Christmas.

The sharp rise will also further add to inflation, which the Bank of England is forecasting will hit 13% in the autumn, having already reached a 40-year peak of 10.1% in July. It increases the likelihood of another interest rate rise, adding to the cost burden of many hard-pressed families.

It is thought that as much as a third of UK households are already struggling to settle their energy bills and this massive hike will leave many in desperate need of immediate government assistance, otherwise there could be a situation develop that will have some tragic consequences.

It is a crisis spiralling out of control.