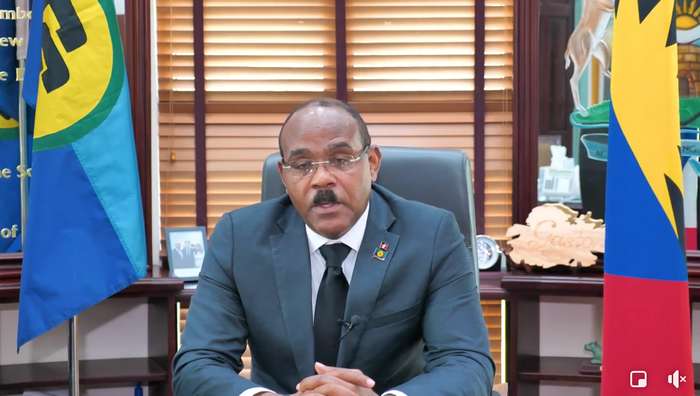 Antigua and Barbuda’s Prime Minister Gaston Browne has issued calls for the resignation of the chairman of the board of the Eastern Caribbean Amalgamated Bank (ECAB) Craig Walter.

Browne wrote a letter to Walter recently about the matter, which he said is taking too long to be addressed. The prime minister believes that Walter is stifling the process because of his inability to perform his duties as the Banks Chairman.

“I think that the fly in the ointment is the chairman of the board Craig Walter and I think it is time for him to go. He is also missing in action. He isn’t providing good leadership to the Bank and we are getting a lot of complaints about the quality of service. Craig Walter is not ready for prime time and he needs to be removed as chairman and as a director,” Browne said.

Meanwhile, in his very detailed letter, Browne gave details about his government’s continued efforts to have the shares converted to no avail, blaming the entire debacle solely at the feet of Walter.

“I write to express the growing frustration of the government at the ongoing delay in advancing the process of converting our preference shares into common shares…You may recall that on Sep 11, you and other representatives of ECAB attended a meeting at the office of the prime minister where the Cabinet articulated its policy position regarding Antigua and Barbuda’s shareholding in ECAB and made clear its 100,000-preference shared converted to common shares”, the letter stated in part.

The letter explained Following that meeting, correspondents were sent to the bank which encapsulated the government’s policy position regarding the preference shares as well as its intention to secure an agreement with the principles of Scotia Bank to allow ECAB to negotiate a deal for the acquisition of Scotia.

“No meaningful progress has been made despite our negotiating teams agreeing on the next steps which included an ECAB submission due by January 15th, 2021. Having not received the promised response from ECAB, the government again wrote on July 6th, 2021, to which we received a correspondent on August 13th, 2021 indicating the bank would re-engage the government’s team by end of September that year however that did not occur. Instead, we received communication that seemingly ignored the prior discussions and indications made by the government during its meetings with the bank”, the letter stated.

Browne said in his letter that it appears that ECAB has not acted in good faith and continues to delay progress on the matter.

“This conclusion is compounded by the fact almost two months ago I held discussions with the general manager of the bank and it was agreed that a meeting would be convened as a matter of priority and as I understand this meeting has not been scheduled,” Browne wrote in his letter.

The government has indicated to ECAB that while its goal is for majority ownership by Antiguans and Barbudans, it aims to have a regulatory compliant, well-capitalized, and efficient institution.

“It is inconceivable that having indicated our commitment to following the processes required, the bank has yet to respond to the government’s call for advancement on the conversion of preference shares,” Browne said in his letter.

The prime minister remains convinced that the transaction will increase domestic ownership of the banking sector for the long-term benefit of nationals.