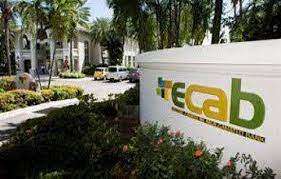 There seems to be some movement by the Eastern Caribbean Amalgamated Bank (ECAB) to allow the government to retain ordinary shares in the bank.

Prime Minister Gaston Browne said over the weekend that he got information that a meeting was held within the last few days in that regard.

“I am very pleased with that because we have been agitating to get some movement. I have been reassured by a senior member of management that they are now seeking to get this deal consummated as soon possible,” Browne said

Last week Browne accused the Banks Chairman Craig Walter of stifling the process because of his “inability to perform his duties”. The prime minister called for Walter’s resignation as a result.

The government has been waiting for years to have their shares converted but that process has been seemingly long and tedious, one that has angered the prime minister.

The prime minister remains convinced that the transaction will increase domestic ownership of the banking sector for the long-term benefit of nationals. This is the main reason why the prime minister wants.

He said that the government would have invested over EC$350 Million into the bank, saying that he hopes “this would be the end of this issue”.

Browne also criticized the service of ECAB, claiming that it “remains a problem and I would have held discussions with the manager about it and one of the directors. This is my public call for ECAB to step up on its service. If you need to hire more people then hire more people”.

The finance minister is accusing the bank of working against the best interest of the country.

“I know of a situation in which someone wants an appointment to establish a cooperate account and was told they can only get an appointment in September. I am saying to all the banks that kind of service cannot advance this country and we expect to have managers who are proactive and sensitive to the needs of the people,” he said.

Browne said, “you cannot sit on your high horse in your ivory tower and play important and treat customers as if they are nothing…you have to stop it”.

He said all general managers should be held accountable and where they fail to increase the profits of the bank and control the number of bad loans, they should be relieved of their positions.