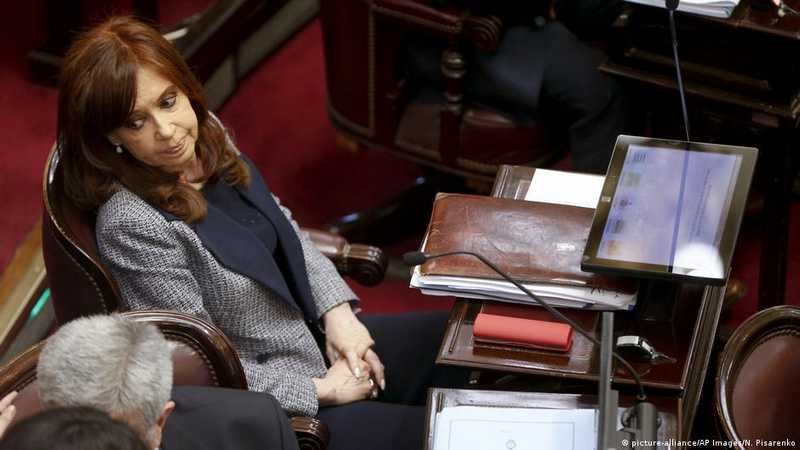 The vice president of Argentina is still alive. The opposite would have been the case if not for a gun that misfired on Thursday. In a video now trending on social media, Vice President Cristina Fernández de Kirchner was walking past a crowd when a young man suddenly pointed a loaded gun at her from a close range. Fortunately, the gun failed to fire despite pulling the trigger.

In a televised speech on Thursday, Argentina’s President Alberto Fernandez said the suspect aimed to kill the country’s former leader but failed after his gun did not fire for technical reasons.

“Cristina is still alive because — for some reason we can’t technically confirm at this moment — the weapon, which was armed with five bullets, did not shoot although the trigger was pulled,” President Alberto Fernandez said.

President Fernandez condemned the attack, calling it an attack on the country’s democracy. He went on to declare a national holiday on Friday so that the people of Argentina would “express themselves in defence of life, democracy and in solidarity with our vice president.”

“We can disagree, we can have deep disagreements, but hate speech cannot take place because it breeds violence, and there is no chance of violence coexisting with democracy,” the president added.

Fernández de Kirchner is one of the most powerful politicians in Argentina, having served as president from 2007 to 2015. She has been the country’s vice president since 2019. She was also Brazil’s first lady for four years before becoming President.

The suspect was taken into custody soon after the murder attempt. The police said he was a 35-year-old Brazilian man, Fernando Andre Sabag Montiel. The motive for the attack is yet to be established by the authorities.

Minister of Economy Sergio Massa said he is in solidarity with the vice president and her family.

“When hate and violence prevail over the debate of ideas, they destroy societies and generate situations like today’s: an assassination attempt. All my solidarity to [Christina]

and her family. And my wish that all those responsible be determined,” Sergio Massa said on Twitter.

Former President Mauricio Macri expressed disdain for the attack on the vice president and called on the authorities to thoroughly investigate the situation.

“My absolute repudiation of the attack suffered by Cristina Kirchner, which fortunately has had no consequences for the vice president. This very serious fact requires immediate and profound clarification by the justice system and the security forces,” Mauricio Macri said on Twitter.

However, the President of the country’s opposition party criticized the President’s speech. According to her, the president was blaming the opposition for the attack instead of thoroughly investigating what transpired.

“The president is playing with fire: instead of seriously investigating a serious incident, he accuses the opposition and the press and decrees a holiday to mobilize militants. Turn an individual act of violence into a political move. Regrettable,” Patricia Bullrich tweeted.

Vice President Fernandez de Kirchner is currently facing charges of corruption and financial mismanagement during her time as President. She was accused of deviating public funds for personal use and getting involved in contract scams. If the former leader is convicted, she could face up to 12 years in prison and a permanent ban from politics.

However, the vice president, who doubles as the Senate President, is currently enjoying immunity, which means she is safe from any imprisonment at the moment. Ms. Kirchner would enjoy that privilege until at least the end of 2023 when she will stand for reelection into the senate. She was returning from the court at the time of the attempted murder.

Ms. Fernandez has denied all the allegations against her. Her supporters have staged a series of protests in solidarity with the vice President.

The former leader is also facing numerous charges of corruption following her time as president. It might take several months before her fate is determined.