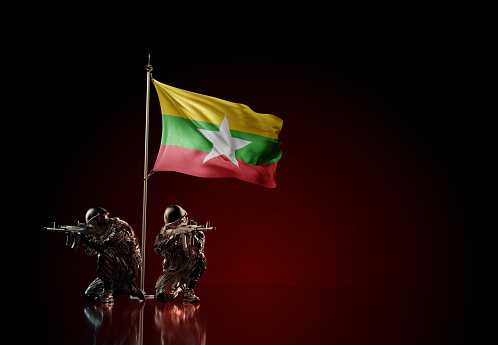 Vicky Bowman, the former UK ambassador to Myanmar (still widely referred to as Burma in the UK) has been jailed for one year, along with her husband, Htein Lin – himself a former political prisoner from several years ago – for apparently “violating immigration laws”. It is understood that the couple were arrested in their home in Yangon (previously known as Rangoon) for what was described as “breaking the law by staying at an address in a town other than Yangon.” The report issued by the military rulers went on to say: “Ms Bowman has been detained because she failed to notify the authorities of a change to her foreigner registration certificate, and as her husband facilitated the action, he too was guilty of violating the law.”

The arrests occurred just a matter of hours prior to the UK declaring that it would enforce further sanctions on three companies – International Gateways Group of Companies, Sky One Construction Company and Sapphire Group of Companies – all linked to the Military Junta in Myanmar, who are accused themselves of widespread violation of human rights, all the way across the troubled country. Thousands of people have died, and hundreds of thousands of people have been displaced and made homeless, since they overthrew former leader, Aung San Suu Kyi and her democratically-elected government, in a military coup back in February 2021; arresting her for what was described at the time as “election fraud”.

Who are Vicky Bowman and Htein Lin?

Ms Bowman who served as British Envoy between 2002 and 2006, and currently runs the Myanmar Centre for Responsible Business, an initiate to promote responsible practices among commercial enterprises, and was based in Yangon, the country’s commercial hub. Prior to that she worked as the second secretary in the UK embassy from 1990 to 1993, and has over 30 years of experience in Myanmar.

Htein Lin is a renowned Burmese painter and performance artist. He had been arrested and imprisoned for six years in 1998 for criticizing the governing junta at that particular time. He was a member of the All Burma Student’s Democratic Front, an armed resistance group, which was formed after the popular student-led uprisings against the junta in 1988. He is among the country’s most famous artists, his work including a series of paintings he had made while imprisoned, using smuggled materials and depict the gruesome torture he faced in prison and as a victim of internal fighting within the rebel group, to which he once belonged.

The couple got married in 2006 and moved to London, before returning to Yangon in 2013. It is reported that they were both recovering from recent Covid-19 infections, at the time of their arrest.

Having been arrested at their home in Yangon’s Sanchaung Township on August 24, they were taken to the city’s notorious Insein Prison. The charge was officially read to Ms Bowman as being “a violation of the Immigration Act” under Article 13(1), in terms of her visa.

Her husband, Htein Lin, was found guilty under Article 13(5) of the same law for abetting Ms Bowman’s violation. The couple appeared at a court inside the infamous Insein Prison on September 1, for the brief hearing.

In a short statement released immediately after sentencing, the Junta said: “Although Ms Bowman was officially listed as living in the couple’s Yangon home, she had actually been residing in a house owned by Htein Lin in Kalaw, Shan State, from May 2021 until early last month, which is a serious violation of the law.”

What is happening between Myanmar and the UK?

The UK previously ruled Burma until granting its independence back in 1948. Relationships have been strained at best ever since, and recently the UK, along with the US, and the European Union, have imposed sanctions on military officials. It was ruled by the armed forces from 1962 until 2011, when a new government began ushering in a return to civilian rule, but unrest has never been far away from this volatile country. The ruling military changed the name from Burma to Myanmar in 1989 and “Myanmar” has been increasingly used since then, although Burma is still widely used amongst many in the UK.

Since the February 2021 coup, the country has been brutally run by a Military Junta, and relations between the two nations has been increasingly tense. There have been many expulsions, including the head of the UK embassy in Myanmar, Pete Vowles, as the ruling party looked to consolidate its strength and power.

Mr Vowles had been appointed ambassador just one year earlier, but he seemingly had not presented his required credentials to the military council. He was outspoken regarding the coup and the  regime’s atrocities, which obviously did not go down too well with his “hosts”. He found himself stranded in Thailand for several months earlier this year as the military refused to issue him a visa to re-enter the country. He was later permitted to return to Myanmar briefly, but tweeted recently that he had been “made to exit”.

He can possibly consider himself fortunate that he was allowed to leave, others have not been so lucky and have also mysteriously “disappeared”, quite conveniently.

On the same day as Vicky Bowman and Htein Lin were sentenced, former leader Aung San Suu Kyi was given an additional three years in jail; she is already serving 17 years for “offences” that include corruption, incitement, sedition, violation of the country’s official secrets act, possessing illegal walkie-talkies, publishing information that may “cause fear or alarm” and breaching pandemic restrictions.

She is actually facing charges that in total amount to more than 150 years in prison. The military-run government claim that she abused her position when in office. Her lawyers have been prevented from discussing the trial, which was held behind closed doors, without any access for the public or press, as a gagging order had been issued.

Who is Aung San Suu Kyi?

76-year-old Aung San Suu Kyi became famous in the early nineties for her constant campaigning for the restoring of democracy in the country. She was awarded the Nobel Prize for Peace in 1991. She had been the face of opposition to military rule in Myanmar for over 30 years, when in 2015 she led her National League for Democracy (NLD) party to victory in Myanmar’s first openly contested election in over 25 years. She followed that up with a landslide win again at the 2020 elections.

The charges brought against her suggesting “election fraud” have been dismissed by her supporters and outside analysts, who say they are simply being brought against her motivated by those at the centre of the military coup last year, in order to discredit her and legitimize those shocking actions.

Who is in charge?

General Min Aung Hlaing, the Commander-in-Chief of the Tatmadaw, or military, is in charge. He and his group of leaders, took charge by force after ousting the civilian government in February 2021. He declared a state of emergency immediately after, but has promised a “free and fair” election in the future. Since then, Gen Hlaing has received international condemnation and sanctions for the “suppression of human rights and attacks on ethnic minorities.”

Insurgents continue to be executed, always carried out following “secret trials”. Only last month four male activists were “murdered” for apparently committing “terror acts”. Among them were democracy campaigner Kyaw Min Yu, better known as Ko Jimmy, and former lawmaker and hip-hop artist Phyo Zeya Thaw. Amnesty International has called it “another example of Myanmar’s atrocious human rights record.” It says there are literally hundreds of other people awaiting execution, having been sentenced for “similar offences”. The UN has condemned the executions as “depraved” and warned of a deepening humanitarian crisis with “an intensification of violence and a rapid rise in poverty.”

Meanwhile Ms Bowman and her husband will face a hellish time in one of Asia’s worst prisons, with an appalling reputation, where they are likely to face horrendous conditions and deplorable treatment. Their only consolation, if it can be termed in that way, is that they could actually have received a more severe sentence, as the charges allow a conviction of up to five years.