“We are Playing with Fire,” IAEA warns as Team Releases a Report on Zaporizhzhia’s Nuclear Power Plant 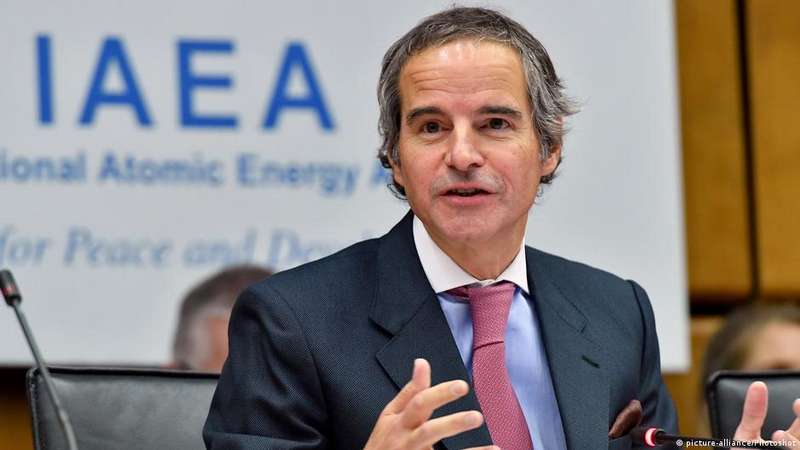 For the first since Russian forces occupied the largest nuclear plant in Europe, the world has had an opportunity to have an independent assessment of the situation. The IAEA on Wednesday released its first report since the team of nuclear experts visited the Zaporizhzhia Nuclear Power Plant in Ukraine.

The head of the IAEA, Rafael Grossi, said there was an urgent need to protect the facility from external interference and raised concerns about the need to “desperately protect [the] nuclear plant because it is being shelled.”

“What is urgently needed, now, today, is that we agree on establishing a protection (if you want), a shield, a bubble around the perimeter of the facility,” Rafael Grossi said.

Grossi added that based on the team’s assessment, the protection of the plant was necessary to prevent a nuclear disaster.

“Now the IAEA has been there, we have corroborated what is happening. And this is a measure that one way or the other must be put in place. We can do it. We have the means to do it, … Nuclear security is indispensable. We are playing with fire,” Grossi added.

The IAEA’s report said the establishment of interim protection would protect the plant from shellings and other military activities. The body added that it is ready to work with all the parties for the “immediate establishment of a nuclear safety and security protection zone.”

Shelling at the Plant

Although the IAEA refused to accuse either Russia or Ukraine for the shellings of the plant, the report said the shellings have not stopped.

“The (IAEA) team closely witnessed shelling in the vicinity of the ZNPP, in particular on 3 September when the team was instructed to evacuate to the ground level of the Administrative Building. Moreover, the team observed damage at different locations caused by reported events with some of the damage being close to the reactor buildings,” the report read.

“Some repair work had already been carried out or was in progress for some of the damage and noted that further work would be needed to repair all the damage caused,” the report continued, adding that despite the attacks, “radiation levels in the area remained normal.”

The IAEA said although the “ongoing shelling has not triggered a nuclear emergency,” it remains a threat to “nuclear safety.”

Although the nuclear powerhouse is under the control of the Russian forces, its original Ukrainian workers still control the majority of the plant. Expectedly, the IAEA said in its report that the Ukrainians were working under pressure, which was not dangerous for the plant’s safety.

The report continued: “The team established that the operating staff did not have unrestricted access to some areas, such as the spray cooling ponds, roofs of the buildings, and structures in the area of the water intake, and that access to the cooling ponds area was required to be granted by the military personnel at the site.”

Grossi said it “was essential that the Ukrainian staff operating the plant under Russian occupation must be able to carry out their important duties without threats or pressure undermining not only their own safety but also that of the facility itself.”

The report noted that the plant was 40% short of physical protectors, which has “increased the workload for existing staff.”

Who is Responsible for the shelling?

The IAEA team said it witnessed shellings at the powerplant, and at some point, they had to run for safety. That has raised the question of who is responsible for deliberately firing arms at the plant. The answer to that question depends on who you ask. For Ukrainians, the Russians are responsible, while the Russians think the Ukrainians are.

Interestingly, the IAEA avoided taking sides with either of the warring countries. To prove that the Russians were not responsible for the bombardments of the plant, Russian Ambassador Vasily Nebenzya said, Grossi, would have mentioned Ukraine as being responsible for the shellings.

“We regret that in your report … the source of the shelling is not directly named,” Vasily Nebenzya said.

“We do understand your position as an international regulator, but in the current situation, it’s very important to call things by their name,” he added.

On the other hand, Ukraine has accused Russia of deliberately keeping the plant in a bad shape.

“Russia is only interested in keeping the situation at its worst for the longest time,” he said.

Recommendations of the Report

In the 52-page document, the IAEA told the warring sides to immediately stop the shelling of the plant.

“The IAEA recommends that shelling on site and in its vicinity should be stopped immediately to avoid any further damages to the plant and associated facilities, for the safety of the operating staff and to maintain the physical integrity to support safe and secure operation,” the report added.

The report added that the situation in Ukraine is untenable, and a nuclear disaster could cause severe crises to the people of Ukraine and other countries in Europe.

“The current situation is untenable, and the best action to ensure the safety and security of Ukraine’s nuclear facilities and its people would be for this armed conflict to end now,” the report reads.

Although the IAEA team has left Ukraine, two team members remained in Ukraine to provide expert assistance. Russian experts were also at the plant to ensure its safety. However, the best way to guarantee a Zaporizhzhia Nuclear Power Plant in Ukraine is to heed the advice of the IAEA for both sides to halt military activities around the plant.