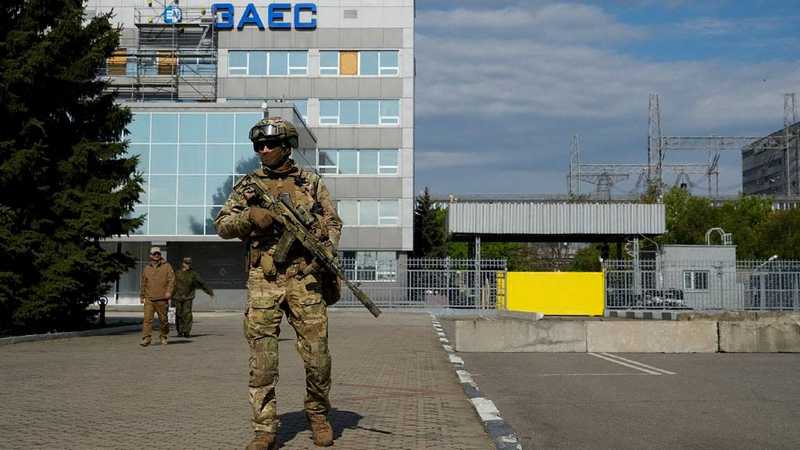 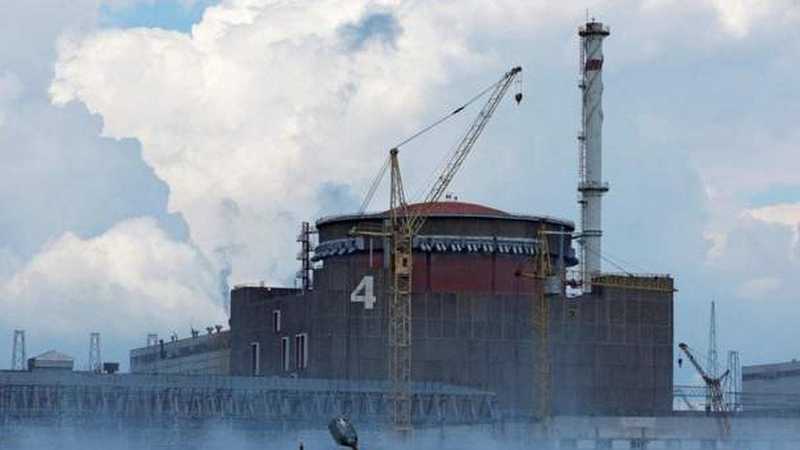 On April 26, 1986, the worse nuclear disaster in history happened. It is known as the Chornobyl disaster. The accident was responsible for dozens of deaths and caused severe damage to the people of Ukraine, then USSR. To explain the severity of the disaster, the clean-up exercise for the affected area will last until 2065, which is 79 years from the year of the incident.

Fast forward to 2022, there are fears that another small mistake could trigger another disaster in same Ukraine. This time at the city of Zaporizhzhia, the home to the largest nuclear power plant in Europe. Images obtained from the nuclear power plant show Russian Forces inside the plant. That is an indication that the plant is now under the control of the Russian Forces, which has raised fears of what could happen at the plant.

Although there are fears that the disaster in Chornobyl could repeat itself, experts believe that the occurrence of a similar accident was unlikely.

“It’s not very likely that this plant will be damaged. In the very unlikely case that it is, the radioactive problem would mostly affect Ukrainians that live nearby,” Leon Cizelj, president of the European Nuclear Society, told CNN.

Ukraine has accused Russian forces of storing heavy weapons inside the plant and launching attacks from there, knowing that the Ukrainian Forces would not fire in return for fears that they could hit one of the six reactors in the plant. On the other hand, Russian Forces have accused the Ukrainian soldiers of deliberately targeting the plant. Pointing fingers at each other are part of the narrative war and a clever way to avoid being responsible for a nuclear disaster in case there is one.

The officials responsible for running the plant raised an alarm on Friday that the Russian forces are “planning to stop the working power units in the near future and disconnect them from the communication lines supplying power to the Ukrainian power system.”

With winter not far away, a lack of access to electricity would be dangerous for Ukraine, as they will need it for heating. Following the report, United Nations Secretary-General Antonio Guterres said the electricity generated at the plant belongs to Ukraine and called on the Russian forces to demilitarize the plant.

“Obviously, the electricity from Zaporizhzhia is Ukrainian electricity, and it’s necessary – especially during the winter – for Ukrainian people. And this principle must be fully respected,” Guterres said during his visit to the Ukrainian port of Odesa.

Guterres, who had earlier called for the demilitarization of the Plant, reiterated the call during his visit to the Port city of Odesa.

The most difficult parts of the fight in Ukraine are Ukrainians that are loyal to the Russian government. There is a pro-Russian group in Zaporizhzhia that is excited about Russia’s occupation of the territory.

One of the pro-Russian local officials said the calls for the demilitarization of the plant was an irresponsible statement and even questioned the competence of Guterres as Secretary-General of the UN.

“This is out of the question. This is an irresponsible statement. A person who either does not understand the risks or, on the contrary, understands and pushes for tragedy and irreparable consequences, could offer to leave the nuclear power plant unprotected and in danger. Such a statement calls into question the level of competence of the UN Secretary-General,” Vladimir Rogov told Russian State TV, RIA Novosti.

Erdogan to Discuss with Putin

Turkiye’s President, Recep Tayyip Erdogan, who was in Lviv for a meeting with President Zelensky, said talks will be held with Putin regarding the situation at the Nuclear plant. He stated this while taking questions from journalists before his flight back from Lviv.

“We will discuss this issue with Mr. Putin, and we will ask him specifically for Russia to do its part in this regard as an important step for world peace,” Erdogan told journalists.

The Security at the Plant

Like other nuclear plants, the one at Zaporizhzhia is no doubt much safer than the one at Chornobyl. It is unlikely that a natural disaster like an earthquake would cause any damage to it if under normal circumstances.

“Like all nuclear power plants, Zaporizhzhia contains various redundant safety systems, which under normal circumstances are highly effective,” James​ Acton, the co‑director of the Nuclear Policy Program at the Carnegie Endowment for International Peace, told CNN.

James Acton, however, said the plants were not designed for war, and the system could fail depending on what happened.

“The problem is that nuclear power plants are not designed for war zones and, under plausible circumstances, all these systems could fail,” Acton added.

The Worse that Could Happen

Entire Europe is scared of what could happen if the fight gets underway at the nuclear plant. Experts have not ruled out the possibility of a disaster, but a single blast will not cause much harm as feared.

“Random shelling cannot really destroy this, it would be really improbable,” Cizelj said, adding that a deliberate skilled operation is the only thing that can cause severe damage at the plant.

Nuclear plants use different auxiliary safety systems, such as diesel generators and external grid connections, to keep reactors cool. The plant at Zaporizhzhia also uses a spray pond, a reservoir where hot water from inside the plant is cooled. Experts warned that if the cooling system fails, the reactors would heat up speedily and trigger a nuclear meltdown. They believe that is the worse that could happen, but it would not cause a major disaster across Europe.

“The main danger here is damage to the systems needed to keep the fuel in the reactor cool — external power lines, emergency diesel generators, equipment to dissipate heat from the reactor core,” Acton said.

“In a war, repairing this equipment or implementing countermeasures could be impossible. In the worst case, the fuel could melt and spread large amounts of radioactivity into the environment,” he added.

Petro Kotin, the head of Energoatom,  said one strike earlier this month was close to the processed fuel storage area but did not hit the containers.

“This is very dangerous because the rockets hit 10 to 20 meters away from the storage, but if they had hit the containers with the processed fuel, it would be a radiation accident,” Kotin said on Ukrainian television.

Kotin added that the damage that will happen depends on how many containers are hit.

Hitting one container ”will be a local accident on the territory of the plant and nearby territory. If it’s two to three containers, the affected area will increase,” he added.

The US monitoring the Situation at Zaporizhzhia

The US government said it was closely monitoring the situation at the Zaporizhzhia nuclear plant in Ukraine. A senior US defense official said the Kremlin has shown “complete disregard” for the security of Ukrainians and the nuclear facilities in the country. The official added that a continuous occupation of the plant was the “height of irresponsibility.”

“This is a situation that the US government across the board and the national security community is watching very, very closely. We are very concerned about military operations at or near any of Ukraine’s nuclear power facilities and very concerned about any reports of damage to specifically Zaporizhzhia power lines,” the official said at a news briefing on Friday.

“We’ve been very clear that fighting near a nuclear power plant is dangerous, is irresponsible and we want the fighters and Russia to operate with extreme caution and conduct no actions that would result in a potential radiological release,” the official said.

“We see Russia’s current actions in and around the plant as really the height of irresponsibility,” he added.