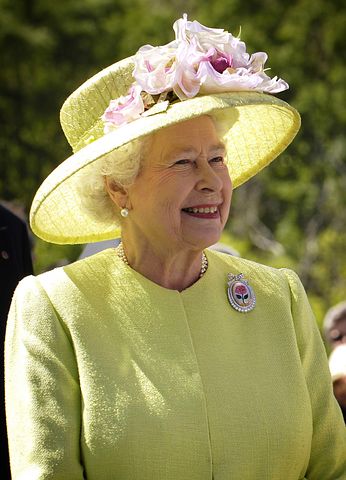 Major worries have emerged today (Thursday 8 September) for Queen Elizabeth II after Buckingham Palace saw fit to release a rare statement on her health, just days after she looked frail when she appointed the UK’s new Prime Minister Liz Truss at Balmoral, instead of travelling back to London for the event, as is normally the case.

The statement read: “Following further evaluation this morning, the Queen’s doctors are concerned for Her Majesty’s health and have recommended she remain under medical supervision. She remains comfortable and at Balmoral.”

It is understood that Prince Charles and the Duchess of Cornwall has travelled to Balmoral, where she has been on a summer break since July. His helicopter was seen landing in the grounds earlier this morning. The Duke of Cambridge is on his way up there, so too are the Princess Royal, the Duke of York, and the Earl of Wessex. Prince Harry and Meghan Markle were due back in the UK today ahead of an engagement this evening.

The news follows months of growing concern for the Queen’s health which has seen her not attend several official and private engagements, with the latest being just yesterday when she pulled out of a virtual Privy Council, with doctors advising her to rest.

There was speculation on social media after politicians were seen passing notes in the House of Commons earlier today. Speaker Lindsay Hoyle said to MPs: “We send our best wish to HM the Queen and that she and the Royal Family are in our thoughts and prayers at this moment.”

Prime Minister Liz Truss said the “whole country” would be “deeply concerned” by the news. My thoughts – and the thoughts of people across our United Kingdom – are with Her Majesty The Queen and her family at this time,” she added.

Labour leader Sir Keir Starmer said he was “deeply worried” by the news, while Scotland’s First Minister Nicola Sturgeon said she was “profoundly concerned” and sending her thoughts and wishes to the Queen. Wales’ First Minister Mark Drakeford sent his best wishes on behalf of the people of Wales.

The Archbishop of Canterbury has also said the “prayers of the nation” are with the Queen. “My prayers, and the prayers of people across the (Church of England) and the nation, are with Her Majesty The Queen today.” Justin Welby tweeted. “May God’s presence strengthen and comfort Her Majesty, her family, and those who are caring for her at Balmoral.”

Her Majesty has had health issues over the past couple of decades, but this is obviously of grave concern. She went to hospital for a knee operation in 2003, which saw her using a stick in public for around two weeks afterwards. She had another hospital stay in 2013 after suffering a nasty bout of gastroenteritis. Five years later in 2018 she had successful surgery to treat cataracts in one of her eyes.

In 2016, she used a lift, rather than the 26-step royal staircase at the Sovereign’s Entrance, to enter parliament for the state opening. On 12 October 2021, at the age of 95, she was pictured using a walking stick at Westminster Abbey, which was the first time she appeared to need one for mobility issues. She was given doctors’ orders to rest that month and cancelled a run of engagements as a result.

On 20 October 2021, she spent a night at the private King Edward VII Hospital in central London, her first overnight hospital stay in eight years. At that time a Buckingham Palace spokesman said she was admitted for “preliminary investigations”  but returned to Windsor Castle a day later and “remained in good spirits”. The following month, she was unable to attend the Cenotaph on Remembrance Sunday after spraining her back.

On 21 February this year, it was reported the Queen had tested positive for coronavirus. Buckingham Palace said she suffered “mild cold-like symptoms” but recovered as she had then received three vaccine doses. In May, the Queen’s “episodic mobility problems” meant she had to miss the state opening of parliament for the first time in 59 years. She was also absent from much of her Platinum Jubilee celebrations. Then this week, for the first time during her reign, she had to appoint the UK’s new prime minister at Balmoral, not Buckingham Palace.

Not just in the UK, but all around the world, prayers will be being said for Her Majesty, in what is a very worrying time.