London bridge is down; Queen Elizabeth II dies peacefully at 96 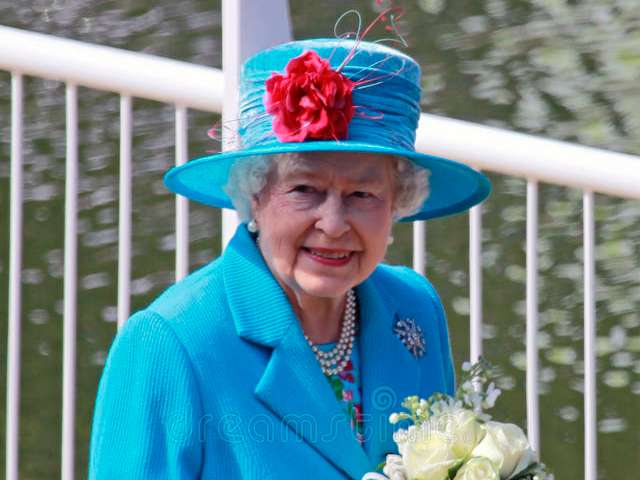 Despite the rains on Thursday evening, Buckingham Palace in London was filled to the brim with lovers of Queen Elizabeth II. This time, there was no Queen to wave at them from the balcony. The 96-year-old Monarch has died peacefully, according to a statement released by the Royal Family.

“The Queen died peacefully at Balmoral this afternoon,” the Royal family announced on Thursday evening, adding that “the King and the Queen Consort will remain at Balmoral this evening and will return to London tomorrow.”

On Thursday afternoon, Doctors raised concerns about the health of the Monarch. Members of the royal family rushed to Balmoral to wish her well, unknowingly to them, that they were there to say goodbye to the longest-ruling British Monarch and arguably the most loved woman on earth.  After 70 years on the throne, the very peaceful, Her Majesty The Queen died peacefully, passing the crown she wore for seven decades to her eldest son, now King Charles III.

“The death of my beloved Mother, Her Majesty The Queen, is a moment of the greatest sadness for me and all members of my family,” the new King Charles said in a brief statement on Thursday.

“I know her loss will be deeply felt throughout the country, the Realms, and the Commonwealth, and by countless people around the world,” the statement continued. “During this period of mourning and change, my family and I will be comforted and sustained by our knowledge of the respect and deep affection in which the Queen was so widely held.”

Last week, the palace revealed that the Queen would remain at her Scotland home and would not be traveling to London to appoint a new prime minister because of mobility issues. Earlier during the Queen’s 70th anniversary on the throne, she struggled to appear in public and was unable to participate in all the activities. Her continuous absence from major events has since evoked worries among her lovers as it was becoming obvious that the once agile and mobile Queen was fading away in their very eyes.

A Final Gift to Britain

Queen Elizabeth performed her last official duty as Head of State on Tuesday, when she appointed Liz Truss as the new Prime Minister of Britain. The fragile-looking but beautiful Monarch shook hands with Ms. Truss, which signifies her official appointment as Prime Minister and authorization to form a government.

“The Queen received in Audience The Right Honourable Elizabeth Truss MP today and requested her to form a new Administration,” Buckingham Palace said in a statement.

“Ms. Truss accepted Her Majesty’s offer and kissed hands upon her appointment as Prime Minister and First Lord of the Treasury,” it added.

Former Prime Minister Boris Johson and Truss traveled to Balmoral Castle after the Monarch could not perform the formalizing of the handing over in London. Despite her age, deteriorating health, difficulty in walking, and her inability to wear her matching colorful outfits, the Queen managed to wear her trademark smile, her last captured.

‘God save the Queen’

After 70 years on the British throne, Queen Elizabeth is the longest Monarch in the history of Britain. She ascended the throne on February 6, 1952, after the death of her father King George IV. Then Princess Elizabeth was in Kenya when she heard of her father’s death.

In the British Monarch, there is never a time it is without a King or Queen. That means immediately after the death of one Monarch, the next in line automatically becomes the new King or Queen even before an official coronation.

Every day, the British people pray for their Monarch when they sing their national anthem, “God save the Queen.” None of them will say God did not answer the prayer after the monarch died on Thursday.

In life, they say the only constant thing is change. From the thousands of tributes to the Queen, it appears that she had been constant despite the multiple changes that occurred in her lifetime.

In a joint statement released by the White House, President Biden and his wife described Elizabeth II as “more than a monarch” and a woman of “unmatched dignity and constancy.”

“In a world of constant change, she was a steadying presence and a source of comfort and pride for generations of Britons, including many who have never known their country without her. An enduring admiration for Queen Elizabeth II united people across the Commonwealth. The seven decades of her history-making reign bore witness to an age of unprecedented human advancement and the forward march of human dignity,” the statement reads.

“Her legacy will loom large in the pages of British history and in the story of our world,” they added.

After an official announcement of the monarch’s death, the US president ordered the country’s flags to fly half-mast in her honour.

Like the Us President, the final UK Prime minister under the late Monarch, Liz Truss described her as “the rock on which modern Britain was built.” In an emotional speech, the Prime Minister said: “Through thick and thin, Queen Elizabeth II provided us with the stability and the strength that we needed.”

“She was the very spirit of Great Britain – and that spirit will endure,” Truce continued. “She has been our longest-ever reigning monarch. It is an extraordinary achievement to have presided with such dignity and grace for 70 years. Her life of service stretched beyond most of our living memories.”

Only about 13% of British people were alive when Elizabeth became Queen. To them, she has been constant through the years, and they wish it would be so forever. The majority of them will now have to adapt to having a King and not Queen. Their ‘constancy’ is no more, but even if she is not, her memories will no doubt be constant.

In the coming days, the family will announce the plans for the funeral. For now, Britons are trooping to Buckingham Palace and her Scotland resident to lay flowers. One would wonder if any other British monarch will be loved as much as the Queen.