King Charles III: The story of the longest serving heir to the throne 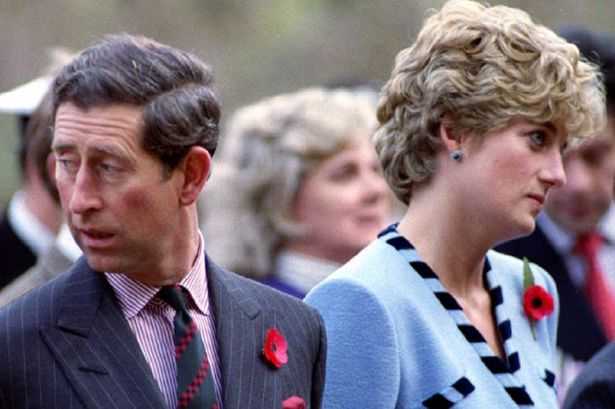 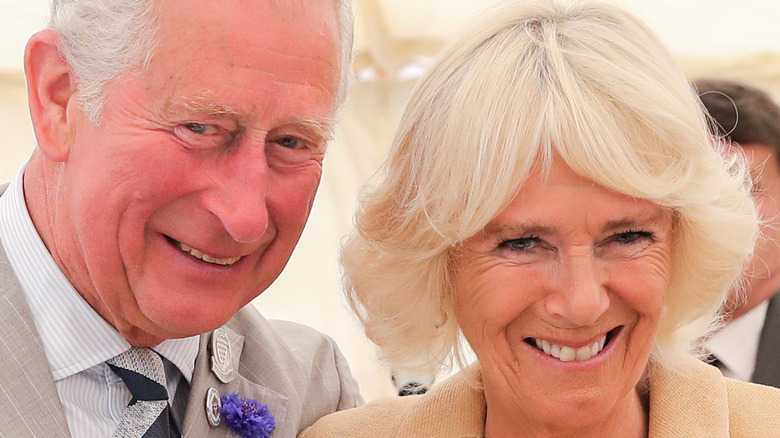 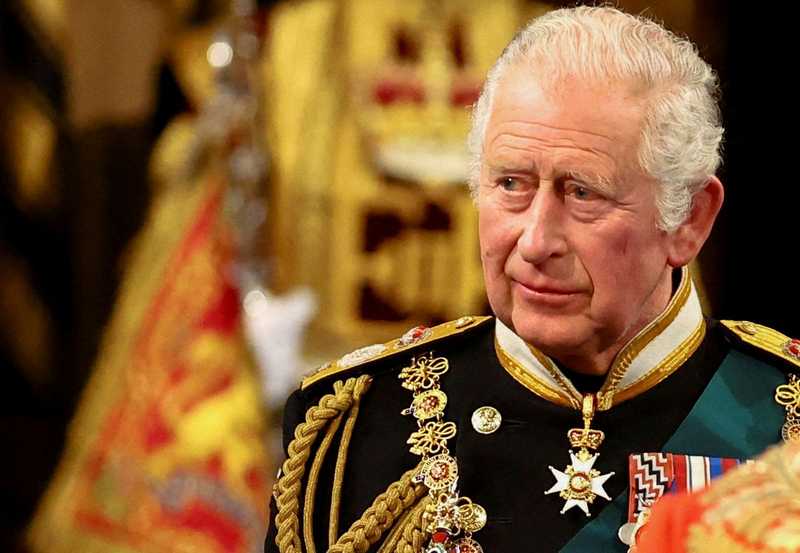 Queen Elizabeth II died on Thursday, ending her seven-decade reign as Queen of England. Immediately after the death of the Monarch, it was not a surprise to see the emergence of a new King because, for the past 70 years, one man had been waiting to be King. After a long wait, he assumed his role as King of England. His new name is King Charles III.

At 73, King Charles III is not only the oldest monarch to assume the British throne but also the longest-serving heir to the throne, a record that would certainly not be broken anytime soon. This can only be attributed to his mother’s long life and early assumption of the throne. Who is King Charles, and what does his long journey to the throne look like?

The name of the new British Monarch was revealed on Thursday as King Charles III. In a statement released by Buckingham palace to announce the demise of the Queen, he was referred to as His Majesty King Charles III. What could be the rationale for choosing that name?

The first decision faced by every British Monarch is choosing a name for himself. Prince Charles could have chosen from either Charles, Philip, Arthur, or George. In the past, there were claims that Prince Charles would choose to be King George to avoid the fate of the previous two King

King Charles I was overthrown by Oliver Cromwell in the English war. King Charles II and the second son of Charles I failed to have a legitimate heir to the throne. His reign also faced numerous challenges, including the Great Fire of London and the plague.

Grant Harrold, a former royal butler, said: “Normally royal children have two or three names. The reason is, if possibly that child was to become a King or Queen, they have to have a kind of pool to choose from.”

“For example, Prince Charles, if and when he becomes King, would be – people assume he would be Charles III,” he added.

The birth and childhood of His Majesty The King

Charles was born on 14 November 1948 at Buckingham Palace, less than four years before his mother became Queen. His maternal grandfather, King George VI, was king at the time of his birth. As the first child of then Princess Elizabeth, he was second in line to the throne.

King George died in 1952, leaving the ancient throne to Charles’ mother. At the age of four, Charles was already heir apparent. As the first child of the monarch, Charles automatically became the Duke of Cornwall, Earl of Carrick, Lord of the Isles, Prince and Great Steward of Scotland, and later the Prince of Wales.

Members of the royals at that time and other upper-class families prefer homeschooling to regular schools. In the early years of King Charles III, Catherine Peeples was appointed to take care of his education, which she did when the King was between five and eight years. In 1955, the palace announced that, unlike his mother, Charles would attend school. The following year, he began classes at Hill House School, West London, making him the first heir apparent to do so.

Apart from being the first heir apparent to receive a formal education, King Charles was also the first next in line to the throne to obtain a University degree. Soon after his A-levels, he proceeded to Trinity College, Cambridge, to study anthropology and archaeology before changing to history in the second part of his studies. The young royal then proceeded to the University College of Wales to learn Welsh history and language for one term. Charles graduated with a 2.2 Bachelor of Arts (BA) in 1970.

The King’s rocky marriage and remarriage

In 1977, Prince Charles met 16-year-old Diana Spencer. According to reports, Charles was not romantically attracted to Diana until sometime around the mid-1980. Their relationship caught the attention of the media, and their pictures were all over the place. Considering the attention the relationship was getting, Prince Philip advised his son to take a decision about marrying the teenager. Charles took his father’s advice as a warning and proceeded with the marriage plans. In February 1981, he proposed to Diana, and she accepted. They got married in July that same year at St. Paul’s Cathedral.

The couple gave birth to their first child, Prince William, in 1982 and Prince Harry, in 1984. Charles became the first royal to be present at the birth of their children. Soon after the birth of the two princes, the royal marriage became “crowded” according to Diana.

In an interview with BBC, the mother to the new heir apparent revealed that her husband was having an extramarital affair with Camila, an allegation later confirmed by Charles. After years of cold marriage between the two, the couple separated legally in 1992. In August 1996, they were divorced. Diana later died in a car crash in Paris in August 1997.

In 2005, Charles was engaged to Camila. They got married later that year in a civil ceremony not attended by the Queen. The Monarch later attended the reception and the televised church blessing alongside her husband. However, the controversy surrounding the marriage lessened because Camila would not be producing the heir to the throne.

Camila, Charles’ wife, will become the new Queen Consort, a title used to refer to the spouse of the monarch.

The most hardworking Royal

For the past few years, King Charles III has solidly represented his mother in major events. As the Queen was aging gracefully, more and more responsibilities were shifting to his son’s shoulders.

In May, he represented the former monarch at the opening of Parliament. He also stood for the Queen at the opening ceremony of the Commonwealth Games in Birmingham this year. In recent times, Charles became more frequent in public spaces. In fact, in 2008, he was described by the telegraph as the most hardworking royal after having more engagements than other members of the royal family.

“Prince Charles has become the hardest-working member of the Royal Family,” the Telegraph reported after a survey revealed that he had more engagements than any other royal except the Queen. Certainly, the many engagements were part of the training needed to be head of the British people.

A coronation still ahead

Although Charles is now King of England, it might take some time before he is officially crowned. An official declaration by the accession council is expected to take place on Saturday, but King Charles III might wait until sometime next year before wearing the hefty 2.23kg crown. Her mother became Queen in 1952, but she had to wait for more than a year before her coronation by the Anglican Church of England.

The Archbishop of Canterbury uses oils of oranges, roses, musk, ambergris, and cinnamon as parts of the rituals for the occasion. The new monarch, after taking the oath in front of the crowd, will receive the orb and sceptre as symbols of his new role.

The coronation ceremony will be held in Westminster Abbey. For almost a thousand years, the ceremony has been held at the same venue. King Charles will be the 40th monarch to be crowned there.

The ceremony will be officiated by the Archbishop of Canterbury. He will wear the 361-year-old gold crown on Charles’s head to finalize the coronation ceremony. Most monarchs wear the crown only at the coronation because of its heavy weight.

The coronation is not like a royal wedding, where the family is responsible for the expenses. It is a state occasion, and the government pays for it with taxpayers’ money. The state also has the right to invite guests to the service.

Head of the Commonwealth

As the new King of England, Charles automatically becomes the head of the Commonwealth. It is an association of 56 countries cut across the continents of the world. The monarch is the Head of State in 14 of the 56 countries, including Australia and Canada.

Other countries where the monarch is the head of state include the Bahamas, Belize, Grenada, Jamaica, New Zealand, Antigua and Barbuda, St. Vincent and the Grenadines, Solomon Islands, Tuvalu, Papua New Guinea, and St. Christopher and Nevis.

King Charles’s accession to the throne means his son, William, will assume all his previous roles, including his position as the Prince of Wales. However, Prince William will not automatically become Prince of Wales until his father transfers the title to him.

Prince William will become King after his father. While the whole world is wishing his father a long reign, it is unlikely that he will wait for as much as his father to become the leader of the British monarch. Possibly, it will take generations to see another heir that will receive training for 70 years before becoming King. However, the expectations are high as the people of Britain look forward to how their new head of state makes use of his more than 70-year training.