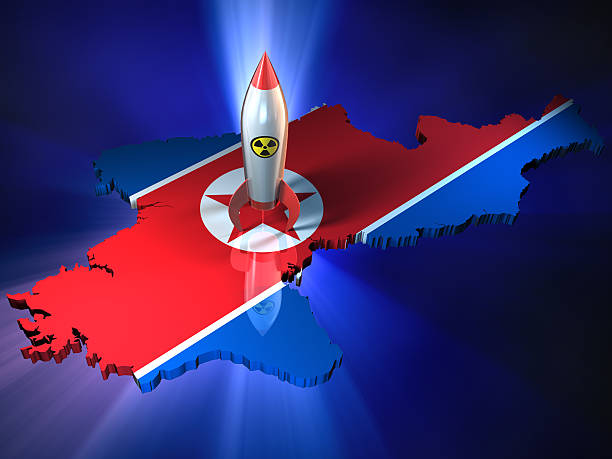 “The adoption of laws and regulations related to the national nuclear force policy is a remarkable event as it’s our declaration that we legally acquired war deterrence as a means of national defense,” Kim said.

“As long as nuclear weapons exist on Earth, and imperialism and the anti-North Korean maneuvers of the US and its followers remain, our road to strengthening our nuclear force will never end,” he added.

The declaration is coming after months of increased tension between North Korea, South Korea, and the United States. President Joe Biden has vowed to denuclearize Pyongyang even if it means doing so forcefully. In his visit earlier this year, he promised to increase military presence in the region over the nuclear threats posed by the most isolated country in the world.

In recent times, North Korea has begun a close relationship with China and Russia amid rising tensions between the world powers. Both countries recently vetoed a UN resolution to implement new sanctions against the DPRK.

Kim Jun un, the Supreme leader of North Korea, made it clear that the United States was the number one threat that has caused it to take the nuclear weapons direction and vowed that no amount of sanctions would change the country’s mind.

“The purpose of the United States is not only to remove our nuclear might itself but eventually to force us to surrender or weaken our rights to self-defense through giving up our nukes so that they could collapse our government at any time,” Kim said on Friday.

“Let them sanction us for 100 days, 1,000 days, 10 years, or 100 years. We will never give up our rights to self-defense that preserves our country’s existence and the safety of our people just to ease the difficulties we are experiencing now temporarily,” Kim added.

What the law says

Apart from the use of nuclear weapons, the military could also use nukes to prevent a “catastrophic crisis” against the people and government of North Korea. The fact that this part was not clearly defined is likely to raise fears among neighbors as they will not be able to determine what will warrant a nuclear attack.

Reacting to the new Korean law, the United Nations Secretary said he was “deeply concerned” with the development and called for the denuclearization of Pyongyang.

“The Secretary-General reiterates his call to the DPRK to resume dialogue with the key parties concerned with a view to achieving sustainable peace and the complete and verifiable denuclearization of the Korean Peninsula,” Guterres’s said in a statement.