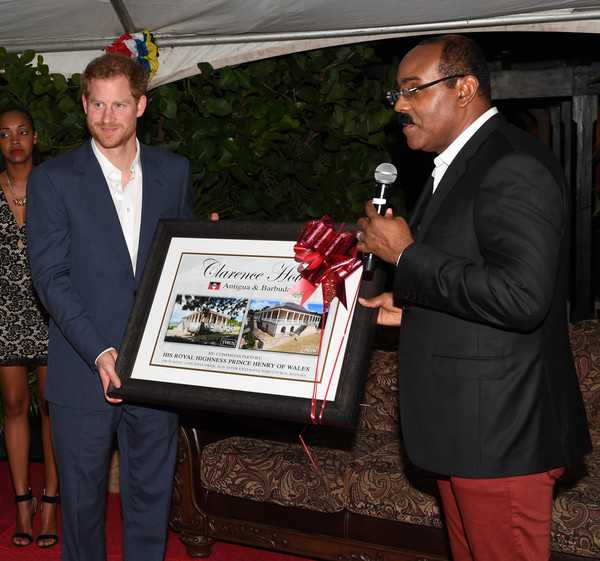 If Antigua and Barbuda decides to cut ties with Britain, residents won’t be kept away from that decision. Prime Minister Gaston Browne said the discussion on the hot topic will begin during his first term of office, should his ABLP government should return to power.

Browne said over the weekend that he will put a constitutional question to residents whether they want to become a republic or keep remain under the monarchy.’

“There is still the issue of reparations in which many countries in the Caribbean that still have the queen as the head do aspire to become republics and Antigua and Barbuda is one of the countries that would like to become a republic. That ambition remains and I believe that in our next term we should be able to put a constitutional question to residents to determine whether we transition from Monarch as head of state or have our president,” he said.

Due to British colonialism, King Charles is now the monarch of 14 countries in addition to the UK following Queen Elizabeth’s death.

The king’s role as monarch of the commonwealth countries is largely symbolic, and he will not be directly involved in governing, as he is a head of state, not the head of government.

Last year, Barbados officially removed Queen Elizabeth as its head of state and became a republic. Officials in other current Commonwealth realms in the Caribbean have also signaled that they want out.

In addition to Barbados, Guyana and Trinidad and Tobago were among the countries that became a republic.

Browne said the issue should not be seen as one of contention, saying he is confident that

“I am not going to speculate what the position of the people is but I am hoping that the majority will agree for us to complete that circle of independence and become a republic. Becoming a republic doesn’t mean any disrespect to the monarchy. It is about completing independence and achieving full sovereignty in which we will have a head of state being a distinguish Antiguan and Barbudan,” he said.
Back in April, when Browne, assured Prince Edward that his country won’t part ways with the British monarchy until Queen Elizabeth continued to serve as the monarch.

The prime minister told the Queen’s youngest son and his wife Sophie that his country intends to become a republic in the future.

In a meeting with the royal couple, he said his country has no immediate plans while the Queen reigns.

Browne also spoke to Edward and Sophie about the importance of Britain paying reparations to former colonies.

Edward and Sophie were visiting the Caribbean to mark the Platinum Jubilee of Queen Elizabeth.

In some countries anti-monarchist sentiment has grown in tandem with racial justice movements, bringing anti-colonialist thinking and conversations on Indigenous rights into the mainstream.

The Duke and Duchess of Cambridge faced several protests on a trip through the Caribbean in March, with some groups demanding an apology and reparations for slavery.

William and Kate canceled a visit to a cacao farm, the first stop on their tour of Belize, because of protests.

Over a dozen countries recognized the late monarch as their head of state, including Canada, New Zealand, Australia, Belize, Jamaica, Tuvalu, Papua New Guinea, and the Solomon Islands. Her death is likely to ignite debate about whether her successor, King Charles III, should fulfill that role. Already, there have been calls for change.