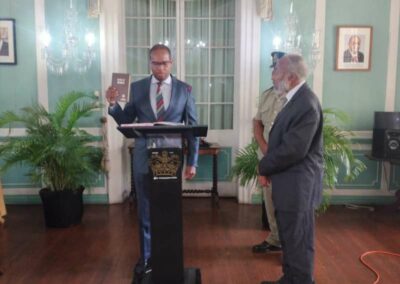 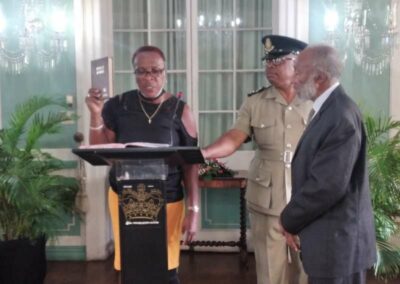 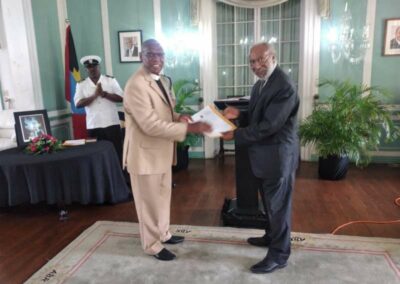 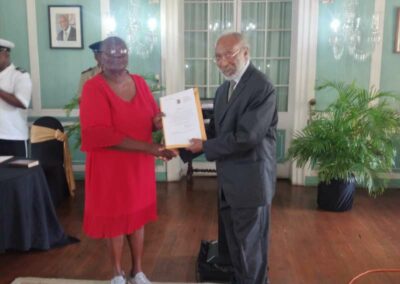 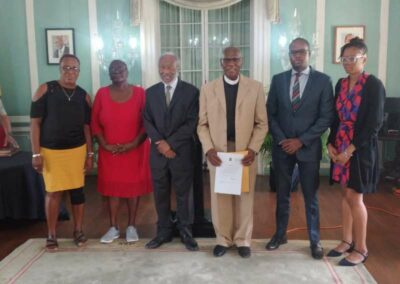 History was made in Antigua and Barbuda Thursday with the swearing-in of the first ever His Majesties Prison Visiting Committee. The swearing-in ceremony was held at the office of the Governor General and witnessed by several officials.

The group which chaired by religious leader Bishop Charlesworth Browne and its main purpose is to cater to the mental needs of prisoners at His Majestys Prison.

Bishop Browne told reporters on the sideline of the swearing-in ceremony that it was not just a moment of pride and appreciation for him, but the responsibility is great.

He said he takes every responsibility seriously and sees members of the committee as human rights defenders.

“It is a role that I take seriously. It’s a new dispensation and we intend on doing the very best we can. Every prisoner is a human being and when you look at the laws and look at the things that prisoners have been subjected to they are very archaic. We have been speaking about making certain changes,” he added.

Meanwhile Deputy Governor General His Excellency Sir Clare Roberts handed the members their new instruments of appointment and charged the group with spearheading the fight against the rights and well-being of the prisoners.

He said the rehabilitation of these men and women should be at the forefront of the minds of the committee.

The country’s lone penal facility was renamed His Majesties Prison following the death of the head of state and the appointment of King Charles III to the throne.

It was built in the mid-18th century.