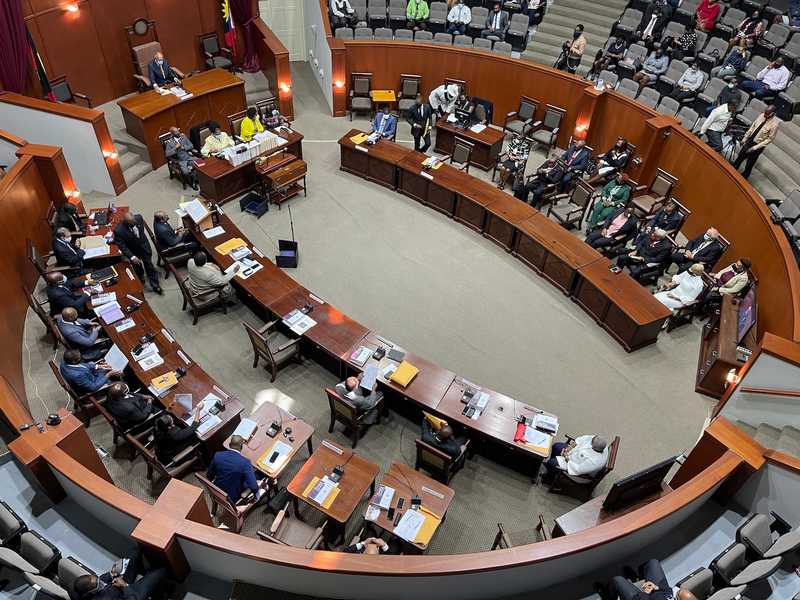 Browne said during a special sitting of parliament that sixteen realms around the world now mourn Queen Elizabeth’s passing – seven of them, including Antigua and Barbuda – are in the Caribbean.

“Therefore, we in Antigua and Barbuda join with the 15 others, including Australia, Britain, Canada, New Zealand, Papua New Guinea, Tuvalu, the Solomon Islands, and six other Caribbean states, in mourning Her Majesty’s passing. In her 70 years as our Sovereign, Elizabeth II was also head of the Commonwealth of Nations,” he said.

When she became head of this voluntary association, Browne told parliamentarians that its membership was only eight countries of which three were Republics.

“Today, 56 nations comprise the Commonwealth, and 35 of them are republics, with another 5 having their monarchs.  Her Majesty The Queen, did not stand in the way of her realms, transitioning to Republican status, if that was the expressed wish of their peoples.  Under her stewardship, 16 of her realms became Republics, and each of them remained part of the Commonwealth, readily accepting her as the symbol of their voluntary association,” he said.

Remarkably, the five newest members of the Commonwealth, whose Governments and peoples embraced the Queen, as Head of the Association, are not English-speaking and did not have any previous links to Her Majesty, Browne added, saying those countries are all African – Mozambique, Cameroon, Rwanda, Togo, and Gabon.

“This fact, in itself, is testimony to the worldwide regard in which Queen Elizabeth II was held, and the great value that was placed on the quality of her leadership.  It is no wonder that, throughout the world, including in countries where she was not Queen and which are not members of the Commonwealth,  there has been a spontaneous and heartfelt outpouring of grief at Her Majesty’s passing,” he said.

According to Browne Elizabeth II was respected notwithstanding ancient resentments that persist, regarding the role of her ancestors in colonialism, exploitation, and their attendant attributes.

“This House of Representatives today, in this special session, marks the passing of our Sovereign Head of State.  We do so with affection, admiration, and respect, for her enduring legacy of service, resilience, and quiet demeanor which inspired us all.  May the legacy of her exceptional example endure in perpetuity,” he added

Browne said he and the government which he leads pledge “our full support and allegiance to our new head of state, King Charles III, and wish him good health and a long and successful reign”.

“The King is no stranger to us”, according to Browne who said he looks forward to “meeting him personally to convey our collective allegiance to him, and, at a personal level, to express our sincere condolences on the loss of his mother – a loss with which each of us can deeply sympathize”.