PM Leaves for the UK to attend Queen’s burial 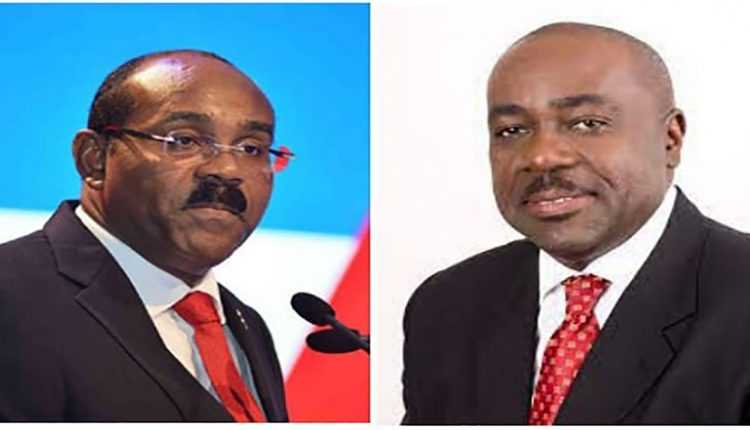 Prime Minister Gaston Browne let the island today to attend the Royal Funeral Service of Queen Elizabeth II and to meet with our new Head of State, King Charles III.

Browne will then depart London and journey to New York to participate in the 77th United Nations General Assembly.

Prime Minister Browne is expected to deliver the National Statement on Friday, 23 September 2022.

He will be accompanied to New York by Minister of Foreign Affairs E.P. Chet Greene.

Over 2,000 people from around the world gathered at Westminster Abbey Monday to honor the late monarch, who died on September 8 at Balmoral Castle in Scotland.

Her family members are set to process with the coffin three times as it moves into Westminster Abbey, then more than a mile to Wellington Arch, and finally to Windsor Castle, where the Queen will be laid to rest.

Proceedings will 10:35 a.m. when her coffin will be moved from Westminster Hall (where it will be  laid in state since Tuesday)

It will move about 500 feet within the Palace of Westminster complex to Westminster Abbey, where the state funeral is being held.