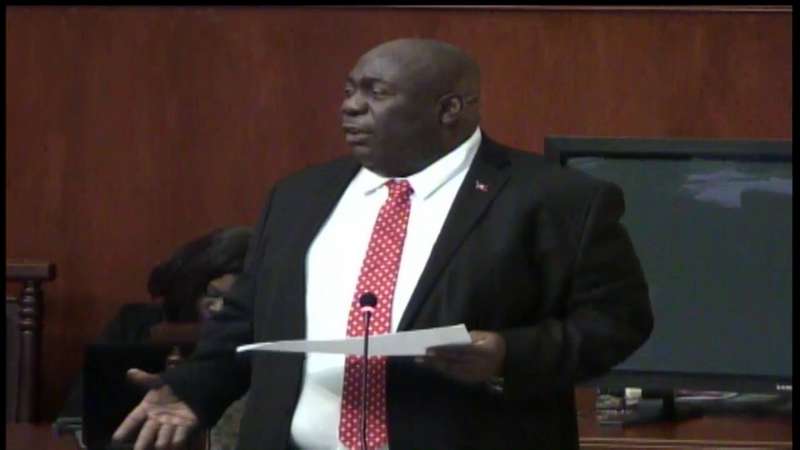 The death of Queen Elizabeth II has continued to ignite discussion on the sovereignty of Caribbean countries.

While world leaders have paid solemn tribute to the Queen some in Antigua and Barbuda and other territories are recalling Britain’s colonial actions and legacy.

The conversation has become even more profound following the disclosure by Prime Minister Gaston Browne that he will call for a referendum on the country becoming a republic within three years if his party is successful at the next election.

Dr. Radcliffe Robins is among a growing list of commentators who are joining the conversation, saying that the time is ripe for people to bring their voices together and

Speak about the evils of the empire and evils of colonialism and what is required to make the wrongs right.

“So it is the right moment. A moment where we have to take it by the storm,” he said.

Dr. Robins also spoke about what should obtain if Antigua and Barbuda become a republic saying once this happens, “we need to develop a revolutionary history of our country and we should encourage other countries within the Caribbean and in the so-called commonwealth to do the same rather than write history as a sequence of events created by these colonial powers,” he said.

Dr. Robins was supported by another well-known commentator Dr. James Knight who also spoke on the Queens’ reign and his view of what it means.

“That monarchy should have disappeared. It is indefensible completely,” he said

Meanwhile, neither of the men supported the idea of having a national holiday on Monday the day the Queen will be laid to rest.

Monday will be a public holiday in Britain and other parts of the world. Government officials here have not yet made that determination.

Meanwhile, Public Workers Minister Lenox Weston told a special parliamentary sitting Thursday bore the sentiment of hundreds, if not thousands of Pan-Africanists who continue to abhor the atrocities committed by the monarchy and its agents, including during the more than the 70-year reign of the Queen.

“It is common when people die that there’re different reactions to the death – those who are in the will might be happy, those who are not in the will might not be so happy, and those who didn’t pay respect to their parents and they’ve lost opportunity might be extremely sad. All the speakers before me and most of the speakers throughout the world would have spoken to the common sense of loss and the recognition of the quality the Queen displayed through her long reign. But it would be remiss of me and this government not to recognize that there are others whose memory of the Queen has left them in deep anguish,” he said.

These comments come during a relatively tense time for the remaining countries in the Commonwealth – including Antigua and Barbuda, Belize, Grenada, and Jamaica – as the Queen’s death almost compels many of them to contemplate breaking away from the monarchy and stepping into the future as truly independent nations.