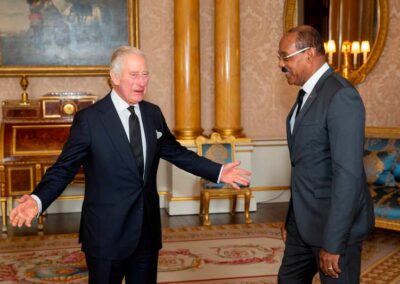 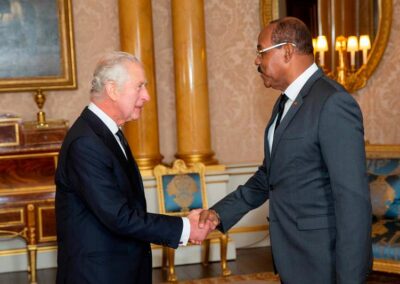 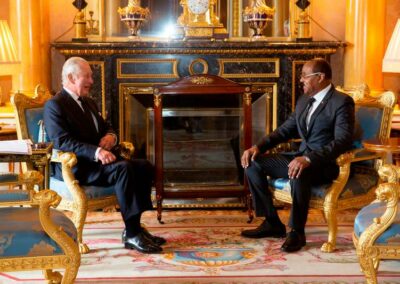 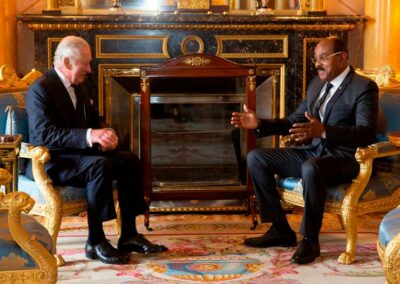 Browne on Sunday held an audience with King Charles III at Buckingham Palace as world leaders gather in England for the State Funeral of the Late Queen Elizabeth II who will be buried on Monday 19th September following a service at Westminster Abbey.

He told Antigua.news that “discussions were held on, Climate Change, Barbuda and republicanism”.

Antigua & Barbuda is also expected to write to the UK government to encourage the King some latitude, to continue his global advocacy on climate, which is the most significant threat affecting our planet.

They also discussed the Prince’s Trust.  His Majesty and Prime Minister Browne pledged to work closely on these and other issues in the future.

Meanwhile, Browne expressed his deep condolences to King Charles III on the passing of his dear mother and Queen, Her Majesty Elizabeth II.

“Your mother and Queen was a shining example to us as leaders as she represented a true commitment to service and love of country.  The United Kingdom and the world will miss her dearly,” PM Browne said.

In Antigua and Barbuda, Monday 19th September, the day of the State Funeral for Her Majesty, has been declared a public holiday and a National Day of Mourning.

On Monday at 11 a.m. at the Cathedral of St. John the Divine, Governor General’s Deputy, Sir Clare Roberts, and Acting Prime Minister, the Hon. Steadroy Benjamin will participate in a Thanksgiving Service for the Life and Service of Her Late Majesty Queen Elizabeth II.

The Thanksgiving Service will be followed by a parade through the streets of St. John’s by members of the country’s security forces.