The world watches as Great Britain buries its longest-serving Queen 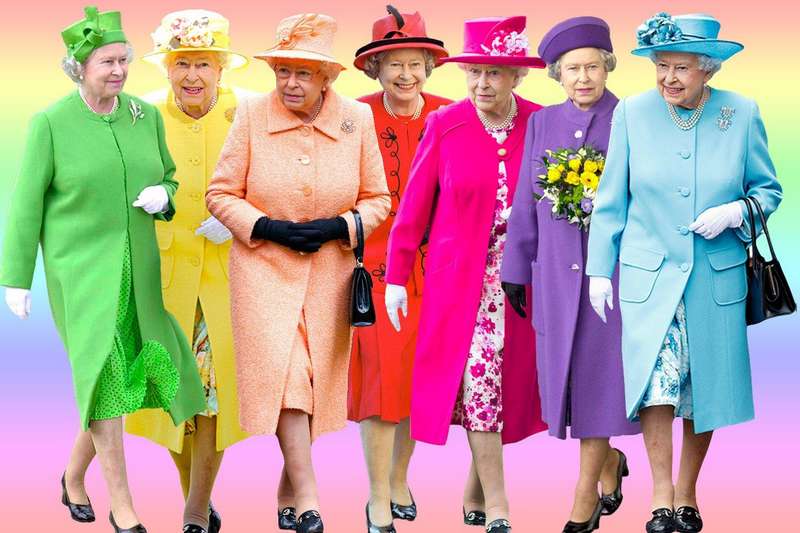 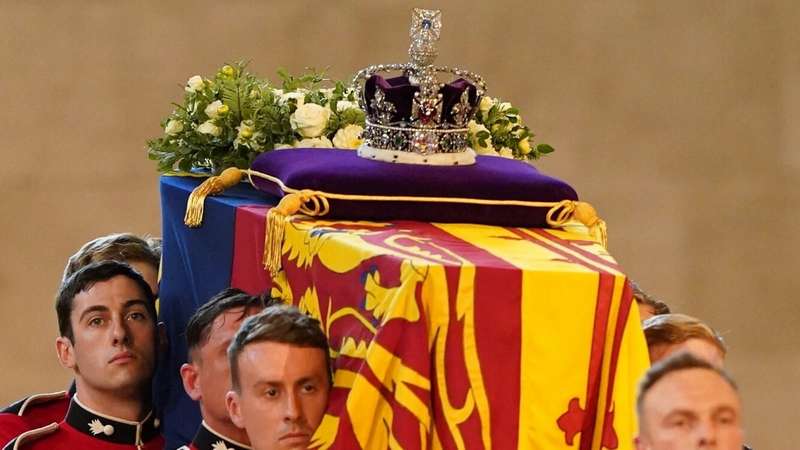 Today is Monday. Mondays are usually not great days like Saturdays or Sundays, but this one will go down in history as a Monday more memorable than the weekends as the world watches how the most famous woman on earth is buried in London. It is not a surprise that the day would become a record-breaking day because the plans on how Queen Elizabeth II will be buried began in the early 1960s, over 60 years ago.

The activities codenamed “Operation London Bridge” began immediately after the Queen’s death. It is a series of events that started after the monarch breathed last and will end after she is laid to rest next to her husband, Prince Philip.

The United Kingdom, and countries where the Queen is head of state, are observing the day as a public holiday, and leaders all over the world are already in London for the funeral of the last English Queen this generation would ever see. What are some of the records expected to be broken today? Who will attend? What are the challenges that are associated with burying a British Monarch that ruled for 70 years? This article explains.

A record to be broken

The life of Queen Elizabeth II can be described as a record-breaking life. She was the first British Monarch to spend 70 years on the throne. Queen Elizabeth II is also the longest-lived British Monarch, she had the record of the longest monarchical marriage after being married for 73 years and 139 days, and she is the most photographed human ever. The late Monarch was also the head of State that had visited most countries.

Even at death, there are still a few records that might be broken today. One record that stands out among them is the number of people expected to watch her funeral from around the world. An estimated 4.1 billion people will sit next to their television to see the Queen’s funeral, more than half of the world’s population.

“No fewer than 4.1 billion people are expected to tune in on Monday to witness this historic moment as half the people on planet Earth pause to pay their respects,” Carolina Beltramo, a TV analyst, said.

“Thanks to advances in technology, which mean most of us now carry TVs around in our pockets, audience figures will eclipse the opening ceremony of the Atlanta Olympics, when 3.6 billion people watched Muhammad Ali light the Olympic torch in 1996,” Carolina added.

The most watched event as of this morning (Monday) is the opening of the 1996 Atlanta Olympics by Boxing champion Mohammed Ali. A record 3.5 billion people watched the event. That record might have less than 12 hours to stay.

Last week, the flight carrying the Queen’s body from Scotland to London became the most tracked flight in history, and it appears that a record is broken anytime the late Monarch is involved.

The fears in London

While the world is anticipating what the Queen’s funeral will look like, there are a few fears and worries in London because of the crowds coming to the city. What are these challenges?

With a crowd of 1 million people expected to visit London to pay their last respect to the Queen on Monday, the Police said it would be the “largest single policing event” for the London Metropolitan Police force.

“As a single event, this is larger than the 2012 Olympics. It is larger than the Platinum Jubilee weekend. And the range of officers, police staff, and all those supporting the operation is truly immense,” Deputy Assistant Commissioner Stuart Cundy told journalists on Friday.

The Police will have to balance protecting the most powerful people on earth and allowing the ordinary people of the UK and visitors from different parts of the world to pay their last respect to the Monarch.

As of Monday morning, drones were temporarily banned from flying over Central London. This is to help curb any security threat to the funeral procession. Last week recorded a few arrests over security breaches and protests.

Over 10,000 police officers of the London police will be on duty and will be supplemented by reinforcements from all the 43 police forces in Britain. Hundreds of volunteer marshals and members of the armed forces will also act as stewards along the processional route.

An estimated $7.5 million will be spent on security, making it the most expensive single-day policing in the history of the UK, beating all the royal weddings and other activities in the country.

“This is the biggest policing operation that the United Kingdom policing has ever undertaken. “When you look at the other events, they were big — the Prince and Prince of Wales’ wedding in 2011 was the biggest — but in comparison to this, you can’t compare it,” Simon Morgan, an officer who spent years protecting the Royals, said.

Understandably, the Police are only doing their job as there is no major threat or risk at the moment. However, as they say, prevention is better than cure.

Comparing it to the Olympics, he said: “This is more challenging. It’s over a long period and although there are estimates, it is impossible to say with certainty how many people will turn up to the various elements, so we’ve assumed the highest possible number and we’re aligning our service to match that.”

In a statement by Byford, he said a lot of work was put on hold to ensure safe travel over the weekend and for the actual funeral.

“We are doing everything we can to keep our city moving and ensure that people can travel safely over the long weekend, including canceling all planned engineering works and enhancing some services,” Byford said.

Leaders of the world’s most powerful countries are currently in London to pay their last respect to the monarch that began her reign before any of them became a leader. President Biden and his wife Jill arrived on Saturday evening. They went on to sign the condolence register on Sunday.

“Queen Elizabeth was admired around the world for her unwavering commitment to service. She treated everyone with dignity and respect. Jill and I were honored to have met with her and feel her warmth. Our hearts go out to the Royal family and the people of the United Kingdom,” Joe Biden wrote.

The first lady of the United States Jill Biden, also wrote: “Queen Elizabeth II lived her life for the people she served with wisdom and grace. We will never forget her warmth, kindness, and the conversations we shared. May God grant her eternal rest.”

The prime minister of New Zealand, Jacinda Ardern, also arrived on Saturday evening. She told the BBC: “The thing that I will take away from this period is just the beauty of the public’s response, the kindness that you see from members of the public, the patience, the camaraderie, that has been, for me, the most moving tribute of all, has been the public response of the British people.”

Olena Zelenska, the wife of the Ukrainian President, was in London on Sunday. She appeared at London’s Westminster Hall to pay respect to the Queen. She will be among the 2,000 dignitaries and guests in Westminster Abbey for the funeral services. She stands in for her husband and leader of the warring country of Ukraine.

President Emmanuel Macron and his wife, Brigitte, arrived in Westminster on Sunday, dressed in black. They are still in the UK until after the Queen’s burial.

The president of Brazil, Jair Bolsonaro, who stands for reelection in two weeks, is also in London for the funeral. He arrived with his wife, Michelle. Although the Queen’s funeral is not supposed to be for a political campaign, he quickly made a few comments on his coming election and the issues to be handled in his country.

Other world leaders present the prime ministers of all the fourteen countries where the Queen is Head of State, including the Prime Minister of Antigua and Barbuda, Gaston Browne. King Charles III held a meeting with all fourteen leaders on Sunday amid the calls by some of them to remove the monarch as head of state.

Leaders of the commonwealth countries or their representatives are also in London for the once-in-a-lifetime occasion. A total of 500 presidents, monarchs, prime ministers, and vice presidents would be at the program.

Who was not invited?

On top of the list of uninvited guests is President Putin of Russia. Second, on the list is his close ally, Aleksandr Lukashenko, President of Belarus. Other countries not invited are Afghanistan, Venezuela, and Syria.

An invitation extended to Saudi crown prince of Saudi Arabia, Mohammed bin Salman caused a stir in the UK over his role in the murder of journalist Jamal Khashoggi. However, the foreign office confirmed on Sunday that he would not attend the event. Sources reveal that his invitation was not withdrawn but the decision was made by the Saudi government. His absence, no doubt, will reduce distractions for the day as protests were planned for Monday over his invitation.

Another controversial invitation was to China. However, the Chinese government confirmed that it would send its vice president to London as a sign of respect to the monarch.

How the day ends

After the service Monday at the abbey, the late queen’s coffin will pass through the historic heart of London on the state gun carriage. After that, the coffin will be transferred to Windsor in a hearse, where the queen will be buried alongside her late husband, Prince Philip, who died last year.

For the nearly 8 billion people on earth, it is unlikely that they will ever see another British Queen in their lifetime. Even if that happens, it is almost impossible to see another monarch that will rule Britain for 70 years.