How Britain and the world said goodbye Queen Elizabeth II 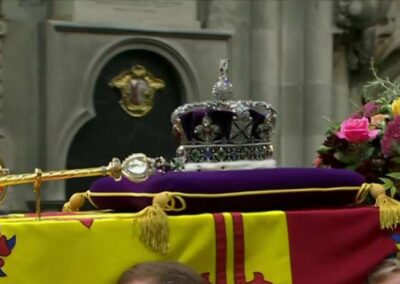 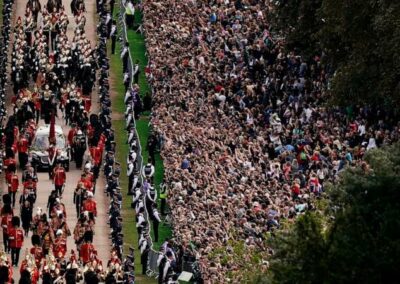 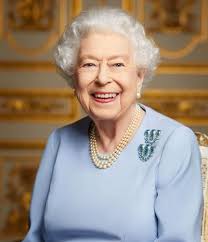 The men were dressed in black suits, white shirts, and black ties. The women too were dressed in black gowns, black shoes, and black harts. Although there was no official dress code for Queen’s funeral, Westminster Abbey was filled with the world’s most prominent people, from kings to queens, to princes, to princesses, to present and past prime ministers, to religious leaders, to presidents, and first ladies all dressed alike. It was a day to mourn the elegant Queen of England.

Her Majesty the Queen died on September 9 at the age of 96. As tradition demands, the Monarch is buried after a 10-day mourning period which ended today (Monday). Millions of people were in London to have a glimpse of what they had never seen before, the funeral of a British Monarch. As early as 8 am, crowds were already gathered in the streets of London. They would not want to miss the day for anything.

Kieran Feetham told CNN that their 8-year-old son, Leo, said he would much “rather be here than at school.”

The coffin’s journey to Westminster Abbey

Before the church service began, world leaders and other guests arrived at the cathedral alongside their spouses. It appears that all world leaders present, including Gaston Browne of Antigua and Barbuda, were already seated before the arrival of the Monarch’s remains.

To begin the procession, members of the British armed forces marched past the crowd. They include members of the Royal Navy, Air Force, and the Yeoman of the Guard at Westminster Abbey.

Soon the actual procession began, with the Queen’s body placed on the State Gun Carriage. It was draped with the Royal Standard and the Instruments of State — the Imperial State Crown and regalia, with the choicest flowers on top of it.

Slowly walking behind it were the four children of the Monarch, including King Charles III and other members of the royal family. The procession was led by 200 musicians.

The short procession ended after the Queen’s body arrived at the Abbey, and a few moments later, the service began.

The service at Westminster Abbey

The ceremony was declared open by the Dean of Westminster, Very Reverend Dr. David Hoyle MBE. In his opening remarks, he said: “Here, where Queen Elizabeth was married and crowned, we gather from across the nation, from the Commonwealth, and from the nations of the world, to mourn our loss, to remember her long life of selfless service.”

“With gratitude, we remember her unswerving commitment to a high calling over so many years as Queen and Head of the Commonwealth,” he added, urging everyone to pray for the family of the Queen.

Justin Welby, the Archbishop of Canterbury, then delivered a sermon highlighting the Queen’s life of service.

“The grief of this day, felt not only by the late Queen’s family but all round the nation, the Commonwealth, and the world, arises from her abundant life and loving service — now gone from us,” the archbishop said.

At the end of the church service, the mourners at Westminster Abbey and the entire British people observed a two-minute silence, and to officially end the service, the national anthem was chorused loudly.

The long journey to a final resting place

At the end of the service at the abbey, the coffin was taken to Wellington Arch, where the Monarch’s final journey to Windsor began.

The coffin was then moved into the state hearse, and for the next 1 hour plus, crowds on the roadside threw flowers on the path. There was no space for new mourners to stand along the road, and officials had to tell mourners to go and watch the screen.

“Unfortunately, the Long Walk is now full. You will be directed to Home Park, where there is a large screen to watch the Windsor procession and communal service,” the public announcement system told prospective visitors.

On arrival at Windsor Castle, the monarch’s body was taken into the St. George’s chapel. Unlike previous times, she will not be coming out, as she will be buried next to her husband of over 70 years.

The committal service was the end of the long day of activities in the UK. Upon the arrival of the Queen’s coffin at the St. George’s chapel, the choir sang the Russian Kontakion of the Departed, which is often performed at funerals. Afterward, the Dean of Windsor opened the final service with beautiful words to describe the Queen, saying she was “uncomplicated.”

“In the midst of our rapidly changing and frequently troubled world, her calm and dignified presence has given us confidence to face the future, as she did, with courage and with hope,” he said.

“As, with grateful hearts, we reflect on these and all the many other ways in which her long life has been a blessing to us, we pray that God will give us grace to honor her memory by following her example, and that, with our sister Elizabeth, at the last, we shall know the joys of life eternal,” the Dean added.

Before the final hymn of the day, the Crown Jeweller removed the Crown, the Orb, and the Sceptre from the Coffin. He handed them over to the Dean of Windsor, who placed them at the altar.

Then the final moment came. The coffin of Queen Elizabeth II was lowered into the Royal Vault below St. George’s Chapel, the resting place for most members of the royal families.

Members of the royal family

The members of the royal family were the most visible at the occasion because of how close they were to the coffin. The four children of the Queen and their spouses, including King Charles III and his wife Camilla, were not far from the coffin. All the grandchildren of the Queen were also present, including the heir to the throne and the prince of Wales, Prince William.

There was not much space for the Queen’s great-grandchildren, as only Prince George and Princess Charlotte, the children of Prince Williams, represented the twelve.

The Queen’s cousins, the Duke of Kent and Prince Michael of Kent, were also present. Another notable guest who joined the royal family was Earl Spencer, the brother of the late Princess Diana. The children of the Queen’s Consort, Laura Lopes, and Tom Parker Bowles, were also present.

Seats were reserved for the past and current prime ministers of the United Kingdom. Most of them came with their spouses. Liz Truss, her husband Hugh O’Leary, and other cabinet members were on the ground at the state funeral.

Seated at the quire of the abbey were the surviving former Prime Ministers of the UK and their spouses, including the immediate past prime minister,  Boris Johnson. Others present include; Theresa May, David Cameron, Gordon Brown, Sir Tony Blair, and Sir John Major.

All the monarchs were invited to the funeral, and the majority of them honored the invitation, including Queen Margrethe II of Denmark, who is now the only surviving female monarch in the world. She sat opposite King Charles III. Other monarchs present were;

King William-Alexander of the Netherlands

King Sultan Abdullah of Malaysia, and

The Emperor and Empress of Japan were also at the funeral, their first international visit since ascending the throne three years ago.

Although the actual number of world leaders present has not been confirmed, it is estimated that about 100 presidents, prime ministers, or heads of governments were either present or fully represented.

Other world leaders present were;

Prime Minister Gaston Browne of Antigua and Barbuda, and

Concerning the Queen’s funeral, the role of the general public has ended. In the coming days, a private ceremony will be held at the St. George’s chapel for a final burial of the Queen’s body next to her husband, Prince Philip. However, for the vast majority of the British people and lovers of the Queen all over the world, they said goodbye to the much-loved Queen Elizabeth II.