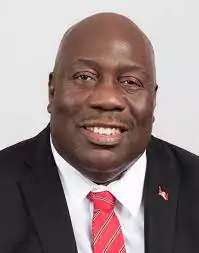 Residents in Bolans will soon benefit from two new key community services as work continues to build a new clinic and police station. The Valley Road-based clinic will replace the existing small facility in Bolan’s village, while the police station has been closed since October 2017.

Until recently residents were forced to use the Johnson’s Point station instead. Police have been operating from a tiny outpost at the entrance to Jolly Harbour since May.

“Over the period we have had to repair some of these community centers with a focus on preventative health care, limiting the transmission of non-communicable diseases. We need to have our community health care centers upgraded. The one in Bolans was rebuilt from scratch. We were trying to repair it at first but it had too many infrastructural problems,” he said.

A modern service area, a holding area for stabilizing patients, and a nurse’s quarter are a few amenities that the new facility will comprise.

Meanwhile, Weston said police officers across the country have long decried the dilapidated conditions of their working environments.

The Bolans police station will have two or three holding cells that can be used for short periods. The current Jolly Harbour facility is set to close when the new station opens.

“The police station is also very important. The officers have complained for a long time. We had difficulties finding alternative spots to rent we are now building one and we are going to add a fire station at the back of it. We think it can be finished in the next three months,” he added.