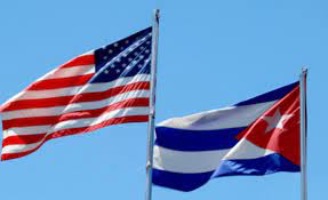 Prime Minister Gaston Browne has called on the United States of America, perhaps for the umpteenthtime, to lift its embargo on Cuba, saying that it is hampering the already poor people, in their collective efforts to achieve economic and social development

He told the United National General Assembly last week that the unjust embargo is seriously undermining Cuba’s efforts to eliminate poverty and improve the living standards of its people.

“The government of Antigua and Barbuda urges the U.S. to immediately lift the sixty-year economic embargo against Cuba and allow the 11 million Cubans an opportunity to be prosperous and a fair chance at achieving the sustainable development goals. Antigua & Barbuda looks forward to the normalization of relations between the United States and Venezuela in the interest of hemispheric peace

Cuban Foreign Minister Bruno Rodriguez railed against the six-decade-old economic embargo imposed by the US against his country, at the UN on Friday too.

Rodriguez described the embargo as “vast, cruel and immoral”.

He told world leaders during his speech Wednesday at the 77th session of the UN General Assembly in New York that the government of the US is reinforcing pressure on banking institutions, companies, and governments throughout the world that are interested in establishing relations with Cuba and the US continues to obsessively pursue all sources of foreign exchange coming into the country to bring about the economic collapse of the nation.

“The US offensive is aimed at bending states to their will using threats and economic coercion as well as military, political and diplomatic coercion to subject them to an order based on their whimsical rules,” he said

The embargo was originally enacted in 1960, but sanctions were strengthened in 1962 and then tightened by President Donald Trump, who imposed more than 240 new sanctions. The Biden administration has not eased tensions with the island.

The UN General Assembly has voted in favor of ending the embargo on Cuba 29 times, consistently winning the overwhelming support of UN members.

But Rodriguez told those gathered at the UN that thirty years have now elapsed since the first general assembly voted against this blockade, and at this time, the US continues to ignore the almost unanimous demand from you to cease its illegal and brutal policy against Cuba.

Other Latin American presidents including Alberto Fernandez of Argentina, Xiomara Castro of Honduras,and Luis Arce of Bolivia also called for an end to the US blockade, claiming that it goes against international law and the UN Charter, especially after the COVID-19 pandemic, which hit the Cuban economy hard.

Last year, Cuba slammed Joe Biden for breaking an election promise to improve relations between the two countries after the US voted against a United Nations resolution to end the blockade of the island.

The Biden administration voted against the UN General Assembly’s annual resolution to end the economic embargo despite the president’s campaign commitment to lift current restrictions on remittances and travel.