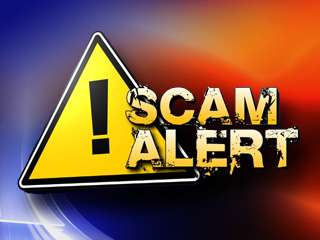 They say when something is too good to be true probably it is. And for Shianne; this was exactly the case. The woman in her early thirties was just one out of many residents of Antigua and Barbuda who fell prey to a scam that was masterminded by a man from Trinidad and Tobago.

According to reports, the man persuades his victims to pay him money, on the pretense that he was ordering a vehicle on their behalf and disappears thereafter.

“He told me to just give him $6000 and I figured wow that’s great. But now, I just feel so ashamed that I can believe this man. He told me he would order me a vehicle. I believed him. I asked him, how can I get a vehicle so cheap? He said it was because he liked me,” the woman told reporters in St Johns on Wednesday,

The man arrived in Antigua in April along with his wife who left the island in July, leaving him behind.

Reports are that the man rented an apartment and skillfully scammed his landlord out of $30,000.00. He has not returned to the house in several weeks and cannot be reached

The landlord whose name is Garth Tyson, a former banker said he became very suspicious of his tenant after he discovered several credit and debit cards in his possession.

“This man told me he was a major car dealer. He asked me to loan him some money to clear a vehicle which I did. He said he already had a buyer and once the vehicle comes into Antigua and Barbuda and gets sold, I will be repaid. There was no vehicle,” Tyson said.

Tyson along with a few other persons who were victims of the scam has since filed reports with the Criminal Investigations Department in Antigua and contacted the Immigration Department,

The whereabouts of the man is unknown and it may be difficult to find him since he goes by several names, including Jason, Ricardo, Jaheem, and Lewis.