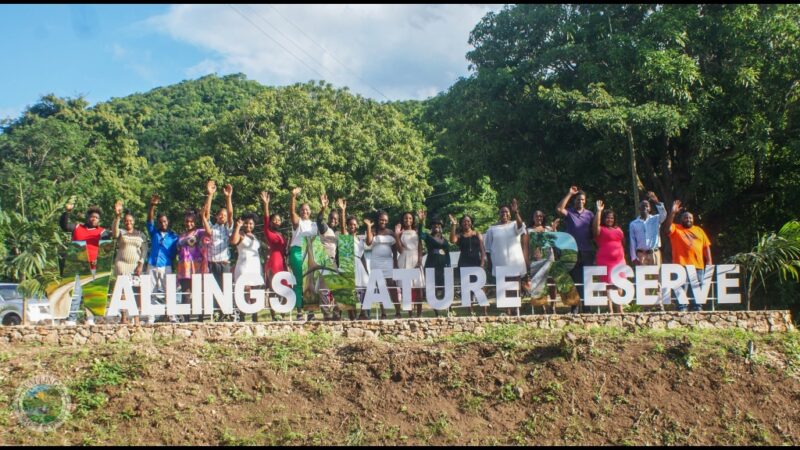 The government will surely have to find another way to retrieve the signage from the management of the Wallings Nature Reserve (WNR) because its Executive Director Refica Attwood says she’s holding onto the property of the organization.

Attwood said earlier this week that the WNR was officially pulling its services from the National Parks site including all signage.

But Information Minister Melford Nicholas said the signs that were contributed by corporate sponsors were taken and ought to be returned.  He said the site was never leased, nor was ownership passed to anyone; it was a voluntary arrangement that has now come to an end.

But Attwood said there will be no voluntary return of any signage, saying that none of the signs were donated by corporate Antigua.

“Wallings Nature Reserve Inc bought and paid for the signs. The 32-foot sign is the company’s sign we just did not put it on the usual board as was the norm. That was one of the first things we had to do to ensure people knew where to find us. Ironically the capital letters were hand painted at a value of 10,000 USD per letter so the painting cost 30,000 USD. The artist loving the fact that we followed a popular sign from the U.S donated her work to the company for free,” she said on Thursday night.

Attwood said the green signs bearing our logo, tagline, email address, website, and the designer and support were also not donated.

“The trail map and directional signs were also bought and paid for safety reasons for hikers using the space as an easier way for us to stay at base and assist hikers with getting on and off the trail. I walked the trails and mapped them with a GPS. The trail map is my idea! You should see the rough sketch with me making lots of X’s because I joked to the designer that I can’t even draw a proper stick man,” she said.

Additionally, Attwood said that had the signs been donated as the article claims it would have been clear as day as a part of the design.

“The colored trail flags were paid for in installments getting a company here to understand our financial struggles and building a tangible relationship with them to be constantly replacing the signs. We purchased cloth ropes to protect the trees and stand up to the weather. That idea came from coloring in a book and having to follow numbers and I figured it would be an ideal way to distinguish the various trails. They were printed back and front for safety reasons,” she added.

“I’m not surprised by the actions of clowns at this point. So for clarity, the signs belong to the company and we have no reason to put them back as we have moved peacefully from the space. Additionally, our partner’s page on the website clearly states who our partners are. It is a requirement that we must honor,” she said.

The WNR had a temporary arrangement with the Agriculture Ministry but something permanent was in the works, and late last month the ministry said a legal officer was working to settle an agreement with the company.

However, Attwood posted photos and videos to social media on Monday showing the removal of signs and other WNR property from the area.

She remained adamant that the organization does not want to enter into a public-private partnership with the government, and stated that the “exceptional” program should continue without the involvement of the government.