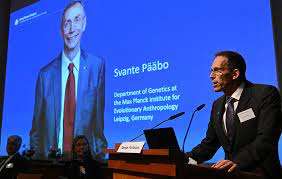 The first of the Nobel Prizes has been awarded today (Monday 3 October) to Swedish geneticist Svante Pääbo in the Physiology or Medicine category. He has been given the honour to recognise his discoveries concerning the genomes of extinct hominins and human evolution, focusing on his pioneering work in sequencing the genome of the Neanderthal, an extinct relative of present-day humans, and in doing so accomplishing something previously thought impossible.

Thomas Perlmann, secretary of the Nobel Committee, proclaimed the winner at the Karolinska Institute in Stockholm, to kick off a week of Nobel Prize winning announcements.

He was born in April 1955, ironically in Stockholm, location of the award announcement, and was brought up by his Estonian mother and chemist, Karin Pääbo. His father, Sune Bergström, was a biochemist and was himself a Nobel Prize winner in the same category back in 1982.

His research and subsequent discoveries have generated new understanding of our evolutionary history, helping to establish the growing science of paleogenomics. Basically, Dr Pääbo has used existing technology and his own methods to extract and analyse the ancient DNA. Before his brilliant work, it was considered unrealistic and not feasible to recover DNA from 40,000-year-old bones. Other scientists have confirmed that this fantastic breakthrough will give them huge insights into human physiology, in future research.

What his work has uncovered is that Neanderthals, who chiefly lived in Europe and Western Asia, were distinct from both modern day humans and chimpanzees.  By revealing genetic differences that distinguish all living humans from extinct hominins, his findings provide the basis for exploring what makes the human unique.

Further comparisons between Neanderthal DNA and humans from around the world showed their DNA was a closer matcher to humans coming from Europe, or Asia. This has clarified that Homo sapiens had sex and children with Neanderthals after migrating out of Africa, some 70,000 years ago.

His groundbreaking techniques and approaches have allowed DNA sequences from archaeological and paleontological remains to be determined. This has in turn enabled ancient DNA from extinct organisms, humans, animals and pathogens, to be studied and reconstructed at length and with greater accuracy. Additionally, the study of DNA sequences from a small Siberian bone, led to his discovery of Denisovans, a previously unknown hominin group, distantly related to Neandertals.

He is currently a Director at the Max-Planck Institute for Evolutionary Anthropology in Leipzig, Germany, and he continues to work on the comparative and functional genomics of humans and apes, particularly the evolution of genetic features such as the speech and language gene, that it is suspected will underlie aspects of traits, which are specific to humans.

Dr Pääbo is no stranger to honours and awards, stretching back 30 years. In 1992, he received the Gottfried Wilhelm Leibniz Prize, which is the highest honour awarded in German research. He was elected to a seat as a member of the Royal Swedish Academy of Sciences in 2000, then five years later he received the prestigious Louis-Jeantet Prize for Medicine.

2008 saw him added to the members of the Orde Pour le Merite for Sciences and Arts, as well as receiving the Golden Plate Award of the American Academy of Achievements. The following year he gained the Kistler Prize for his work in isolating and sequencing ancient DNA. The Federation of European Biochemical Societies then awarded him the Theodor Bücher Medal for outstanding achievements in Biochemistry and Molecular Biology, in 2010.

Three years after that honour he was bestowed with the Garuber Prize in Genetics. In 2018, he picked up the Princess of Asturias Award in the Scientific Research category, before in the past two years adding the Japan Prize and the Massry Prize to his hugely impressive collection.

Dr Pääbo wins 10m Swedish kronor along with his Nobel Prize, which is the currency equivalent of approximately £800,000; and whilst no doubt the money will be very well received, the honour and recognition will mean more to him, judging by his remarkable list of achievements.

He has certainly earned every single Swedish öre – although perhaps that should be every penny, as the öre is no longer in circulation.

The last five winners of the Nobel Prize for Physiology or Medicine are:

2021: David Julius and Ardem Patapoutian for their work on how the body senses touch and temperature.

2020: Michael Houghton, Harvey Alter and Charles Rice for the discovery of the virus Hepatitis C.

Awards continue through the week

The Nobel Prize winning announcements continue right through this week with Tuesday seeing the Physics, and Wednesday the Chemistry Prizes revealed. Literature follows on Thursday, the Peace Prize will be declared on Friday, with the Economics award disclosed on October 10.

All of the Prize winners will receive their awards at a ceremony in Stockholm in December. 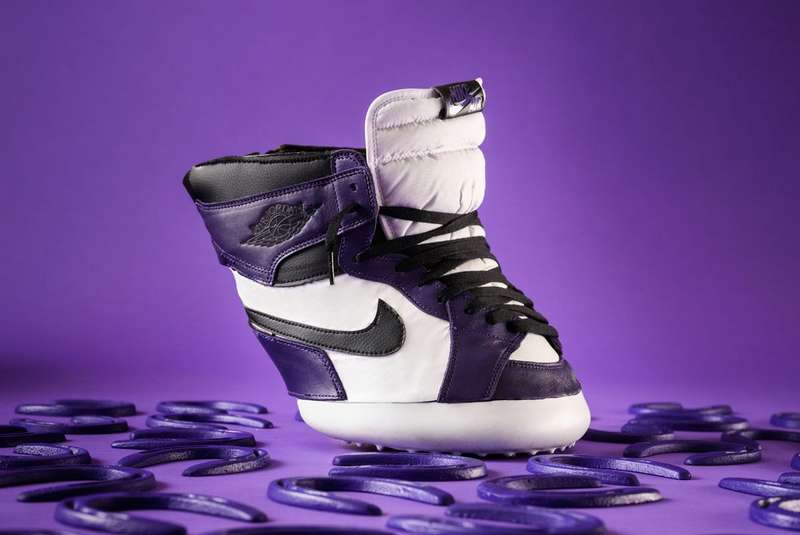