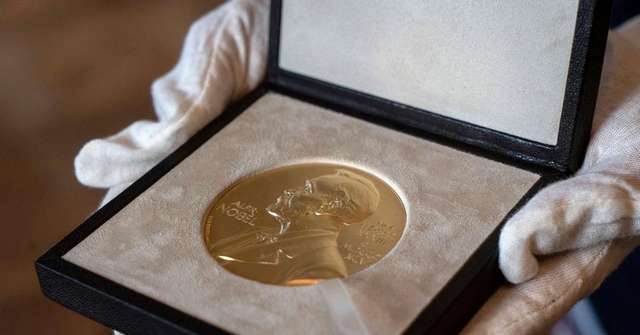 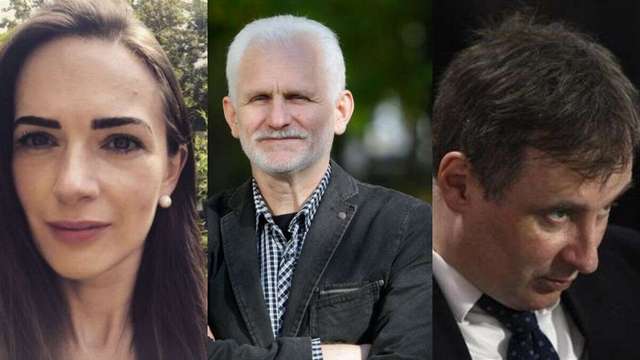 In a world filled with conflicts and violence, there are few people and organizations that distinguished themselves as ambassadors of peace. The gathering at the Norwegian Nobel Institute in Oslo, on Friday, was to honour some of these peaceful men and women that have advocated for peace amid fights and wars.

“They have for many years promoted the right to criticize power and protect the fundamental rights of citizens,” the organizers said. “They have made an outstanding effort to document war crimes, human right abuses and the abuse of power. Together they demonstrate the significance of civil society for peace and democracy.”

The three winners of the Nobel Peace Prize will share the prize money of $900,000, which will be presented on December 10, the anniversary of Alfred Nobel’s death.

Ales Bialiatski, a winner in prison

60-year-old Ales Bialiatski is a leading figure in the pro-democracy movement in Belarus. However, his movement got stronger in 1996 after President Alexander Lukashenko made controversial changes to the country’s constitution. That year, he founded the most vocal human rights organization in Belarus known as Viasna (Spring).

Through the organization, Bialiatski supported jailed demonstrators and their families and documented authorities’ use of torture.

In 2020, after Lukashenko won the country’s presidential election, there were mass demonstrations, and the government, like at other times, detained protesters and used violence against them. Viasna (Spring) tracked the number of people detained at protests. The group also tracked how many Belarusians were detained during police raids.

In 2011, Bialiatski was handed a four-and-a-half prison sentence on tax evasion charges. Ten years later, in 2021, he was arrested again on similar charges. Many have said his arrest was politically motivated and it’s a move by Lukashenko to silence his most vocal critic.

The Nobel prize committee said despite the tremendous personal hardship faced by Bialiatski, he “has not yielded an inch in his fight for human rights and democracy in Belarus.”

“This is the best person to receive the Nobel Peace Prize because for many years, Bialiatski became the symbol of the global fight against tyranny and for the rights of ordinary people, of Belarussians,” Franak Viacorka, a Belarusian opposition leader, told Aljazeera.

Memorial, the illegal organization that refused to die

Memorial, one of the human rights organizations that won the prestigious Nobel Peace Prize is illegal. That was the pronouncement by the Russian Supreme Court in December 2021.

Despite the illegality of the group in Russia, its activities over the years have earned it a place in the book of history. The Nobel committee said the group has been at the “forefront of efforts to combat militarism and promote human rights and government based on rule of law.”

Memorial was established in 1987 by a group of human rights activists during the days of the Soviet Union. Its goal was is to provide support to victims of the then-communist government.

After the collapse of the soviet union, the group took up a new task of keeping records of political oppression and human rights violations in Russia. The union grew to become the largest human rights group in the entire country.

The peace committee said Memorial “wanted to ensure that the victims of the communist regime’s oppression would never be forgotten,” adding that its activities were “based on the notion that confronting past crimes is essential in preventing new ones.”

Despite the ruling by the country’s Supreme Court, Memorial continues to operate informally, and considers the judgment to be politically motivated.

Anastasia Garina, Executive Director of the Memorial Human Rights Center said: “The news of receiving the Nobel Prize was completely unexpected for us and caught us in the middle of the working day.”

“This is probably one of the most significant recognitions in the world of the importance of what we do. This means that many people believe that we are on the right track and that our work is necessary and important,” she added.

Svetlana Gannushkina, a member of the group said: “No one can ban us from fighting for human rights and we continue that work in different forms.”

She added that the prize was “an acknowledgment that not all Russians are bad and that there are those of us who are against the war in Ukraine.”

Unlike Memorial, the Center for Civil Liberties is legal and has been operating in Ukraine since 2007. The goal of the group is to promote democracy and human rights in Ukraine. One of its objectives is to push Ukraine to become an affiliate of the International Criminal Court and to “make Ukraine a full-fledged democracy.”

However, the activities of the group came to the limelight after Russia invaded Ukraine earlier this year. The Center for Civil Liberties is documenting the war crimes committed by Russia against the people of Ukraine.

The Nobel committee said: “The center is playing a pioneering role in holding guilty parties accountable for their crimes.”

“Proud to be awarded Nobel Peace Prize. This is a recognition of the work of many human rights activists in Ukraine and not only in Ukraine,” the group tweeted after the announcement.

An award on Putin’s 70th Birthday

Russian President Vladamir Putin completed 70 yesterday (Friday). The announcement on Putin’s birthday suggested to some that a message was being sent to the world’s most unpredictable leader.

However, the chair of the peace committee, Berit Reiss-Anderson, insisted that the award has nothing to do with Putin and his birthday in any sense.

“The attention that Mr. Putin has drawn on himself, that is relevant in this context, is the way civil society and human rights advocates are being suppressed — and that is what we would like to address with this prize,” Anderson said.

“We always give a prize for something and to somebody and not against anyone,” she added.

Soon after the announcements, world leaders took to social media to hail the winners of the prestigious prize.

The president of France, Emmanuel Macron, was among the first to congratulate the winners. He described them as “artisans of peace.”

“The Nobel Peace Prize honors unwavering defenders of human rights in Europe. Artisans of peace, they know they can count on the support of France,” Macron tweeted.

Ursula von der Leyen, president of the European Commission, said the award was for men and women fighting against autocracy.

“They show the true power of civil society in the fight for democracy,” she stated.

“Congratulations to the Ukrainian Center for Civil Liberties, Memorial, and Ales Bialiatski on winning the Nobel Peace Prize. The right to speak truth to power is fundamental to free and open societies,” Jens Stoltenberg, NATO secretary general, said.