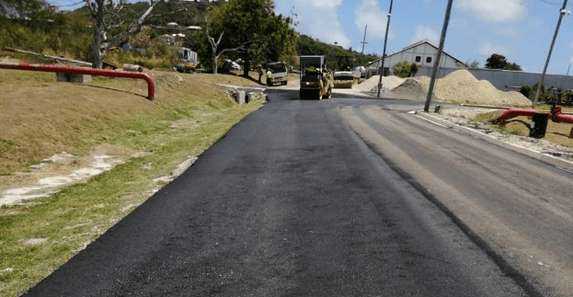 The Government of Antigua and Barbuda has successfully launched what it is calling the Socially Inclusive Road Safety Awareness Communications Strategy entitled “Mission Safe Roads For All.”

The inaugural seat belt campaign with the slogan “No matter How far, Buckle Up!,” has recently featured a new addition in the form of a musical jingle aimed at boosting compliance.

An observational study conducted on roads in Antigua and Barbuda in 2021 revealed that only fifty-one percent (51%) of all drivers and forty-one percent (41%) of front-seat passengers comply with the national seat belt legislation.

The campaign encourages drivers and passengers to buckle up on every trip and its objective is for the twin island state to achieve 100% seat belt use by 2030 by the United Nations Global Road Safety Target.

Motor vehicle crashes represent a major cause of fatality and injury locally and traffic accidents are a serious public health issue.

Through this historic road safety initiative, the Project Implementation Management Unit (PIMU) has collaborated with the reigning Soca Monarchs, Claudette “CP” Peters and Lyrics Man to produce a musical jingle for broadcast as part of the public education strategy to promote the seatbelt campaign. The involvement of the monarchs is seen as a welcome component at a time when young drivers between the ages of 18-35 are most at risk in terms of traffic collisions and road fatalities. The hope is that the jingle will remind members of the general public to wear their seat belts regardless of the distance or destination.

The musical jingle will be aired on radio, television, and social media promoting the fact that seat belts are the single most effective means of reducing fatalities and serious injuries to vehicle occupants.

The implementation of the seatbelt campaign will feature various impactful activities and actions over the next four months. As the implementing agency, the Ministry of Works will continue to endorse evidence-based initiatives that serve to strengthen the nation’s road infrastructure and save lives.

Meanwhile, the Government of Antigua and Barbuda Second Road Infrastructure rehabilitation Project is still ongoing with road work underway on Valley Road North (VRN), Sir Sydney Walling Highway, and Old Parham Road. There are traffic interventions in some areas with the traffic being controlled by flag persons.