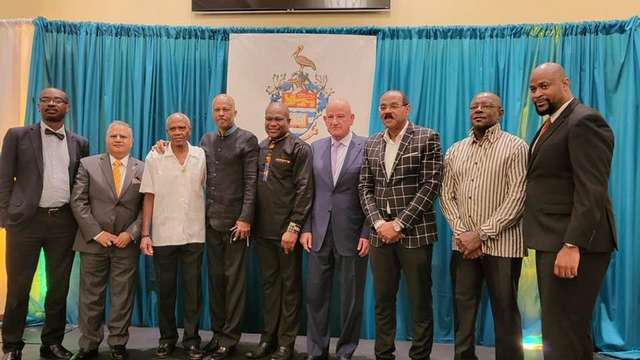 The government is expecting over half of a US$75 million loan from a friendly government by later this month to fund the expansion of the University of the West Indies Five Islands Campus.

Prime Minister Gaston Browne says the government will receive US$40 million of the loan to begin the project which will ensure the campus continues to meet the growing needs of the country and the sub-region.

The Prime Minister was speaking at an event at Sandals Grande Antigua Thursday night to honor the honorary graduands at the upcoming graduation for the Five Islands Campus.

Sir Richard Richardson of Antigua and Barbuda and Alston ‘Becket’ Cyrus of St Vincent and the Grenadines will receive honorary degrees at the event this Saturday.

The UWI Five Islands campus in Antigua and Barbuda is the newest addition to The UWI campuses, offering academic opportunities for not only Antiguan and Barbudan residents but also fellow OECS citizens and residents.

The government intends to expand the UWI campus by utilizing 50 acres of nearby land. The process will also involve the relocation of the Five Islands Primary School.

Recently in April 2022, the Cabinet of Antigua and Barbuda invited Architect Luke Robinson to give a Master Plan for the development of the UWI Five Islands.

The university campus will include sporting facilities to host international events, student and faculty centers, a library, and a host of other amenities which, according to the project manager, will make it economically viable.