UPP says the government’s latest amnesty is a trick 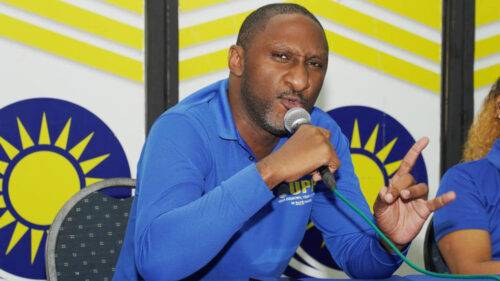 The United Progressive Party is not impressed with the government’s latest move to grant debt forgiveness in three major areas, saying that it is a “trick”.

In a move that has been applauded by residents, the government took a decision, that outstanding monies owed to the APUA, the Sir Lester Bird Medical Centre (SLBMC), and Inland Revenue – through property taxes – will be waived, as a post-Covid relief measure.

But Senator Damani Tabor, the UPP’s spokesman said the amnesty will not be sustainable, as the root causes of people’s delinquency remain unaddressed.

“The general public whom pundits often refer to as the voice of God where politics is concerned have concluded that this amounts to a trick because, on one hand, the people getting the relief are likely to fall behind again,” Tabor said

Furthermore, he said the issue of unemployment has not been addressed. “You have dozens of failed projects, and a great shortage of jobs so for those who are behind because of unemployment, the government has failed to address the root cause,” he said,

He said too, that the high cost of living continues to affect people’s ability to pay their bills.

“What we are calling for is comprehensive relief for the entire population. What about all the people who have been paying on time? Where is their relief? This is good but not good enough in isolation. What we need is measures to reduce the cost of living so everyone can benefit,” he added

The UPP is also calling for an increase in the minimum wage to one in line with the level of inflation in the country.

The government is expected to discuss the amnesty with the various statutory bodies involved before it is implemented.

Meanwhile, Prime Minister Gaston Browne has responded to Tabor’s statement by asking, “how can he say it would not be a benefit anyone”?

Referring to the UPP as “uncaring” to the plights of residents, Browne said on Saturday, “we know that a number of people would have fallen through the cracks because of Covid and if as a consequence they couldn’t keep up with electricity and water and our government decided to wipe out the arrears so they can put back their service, how can anyone reasonably conclude that they are not benefitting”.