China Kicks as US Government Approves more than $1.1B in Arms Sales to Taiwan 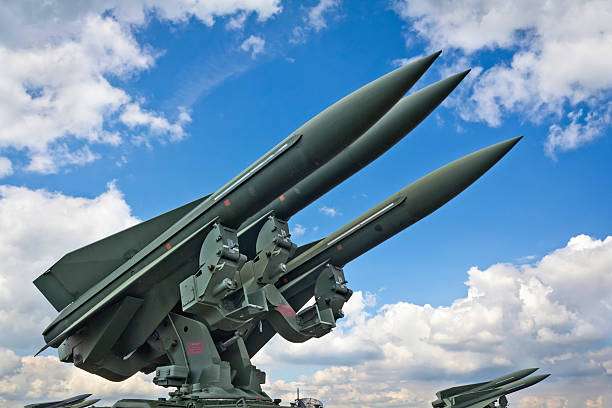 The United States has approved the sale of arms worth $1.1 billion to Taiwan, a decision that has further heightened tension between the US and China. The deal is the largest of such since Biden became President.

In a statement released by the spokesperson to the State Department, the purpose of the arms deal was to strengthen Taiwan’s defense against threats from the People’s Republic of China.

“Consistent with the Taiwan Relations Act, the United States makes available to Taiwan defense articles and services necessary to enable it to maintain a sufficient self-defense capability,” the spokesperson.

The spokesperson said the “proposed sales are routine cases to support Taiwan’s continuing efforts to modernize its armed forces and to maintain a credible defensive capability” and that the decisions by the US are guided by the Taiwan relation Act, an Act that compels the US to provide security assistance to Taiwan.

“We urge Beijing to cease its military, diplomatic, and economic pressure against Taiwan and instead engage in meaningful dialogue with Taiwan. The United States will continue to support a peaceful resolution of cross-Strait issues, consistent with the wishes and best interests of the people of Taiwan,” the statement added.

Although there have been tensions between Taiwan and China, the situation escalated after the Speaker of the US Congress visited the Island. Since her visit, there has been one military drill after another. The arms supply to the small country will help boost its defense against the PLA, which has threatened to take over the Island with time.

The Taiwanese Foreign Ministry on Saturday said the arms deal was in response to China’s continuous provocation and an indication of the country’s resolve to defend itself.

“This batch of arms sales includes a large number of various types of missiles that are needed to strengthen Taiwan’s self-defense, which fully demonstrates that the great importance the US government attaches to Taiwan’s defense needs, assisting our country to obtain the equipment needed for defense in a timely manner and to enhance our national defense capabilities.” the statement reads.

Liu Pengyu, the spokesperson of the Chinese embassy, has challenged the decision by the US to sell arms to Taiwan. He said: “Taiwan is an inalienable part of the Chinese territory. The United States interferes in China’s internal affairs and undermines China’s sovereignty and security interests by selling arms to the Taiwan region. It runs counter to international law and basic principles.”

Liu, in his tweet, urged the US TO “stop arms sales to and military interactions with Taiwan, and immediately revoke relevant arms sales to Taiwan, lest it should cause more damages to China-US relations and peace and stability across the Taiwan Strait.”

“China will resolutely take legitimate and necessary counter-measures in light of the development of the situation,” he added.

The Implications of US Support for Taiwan

Although the relationship between China and Taiwan has always been rocky, the recent fears started after Nancy Pelosi visited the Island country in defiance of China. Beijing promised to take drastic actions against the US and Taiwan for Pelosi’s visit and immediately launched a four-day military drill after Pelosi left the country. Taiwan officials said the continuous activities of the PLA could be a simulation of an invasion. Last week, the country’s military shot down a drone believed to belong to the Chinese army.

Analysts have said the activities of the US government could bring forward the planned invasion of the country, which the Communist Party believes will happen someday. In other words, the United States is preparing Taiwan’s defense system should there be an invasion. On the other hand, Washington’s activities regarding Taiwan could cause a premature invasion of the Island because China might not wait until the US fortifies Taipei’s security before taking action.

China has consistently insisted that the US is mingling in its internal affairs. The US feels it is under compulsion to protect Taipei, as stated in the Taiwan Protection Act. Both parties could be right in a sense but what is important now is the need to avoid another war like in Ukraine.