Iran students and workers defy crackdown, join the anti-hijab protest as it enters the fourth week 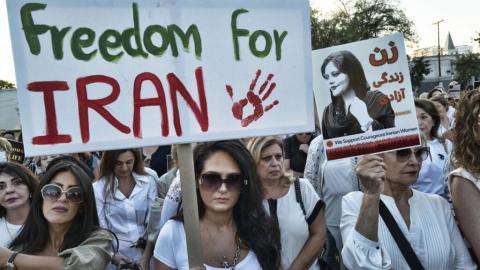 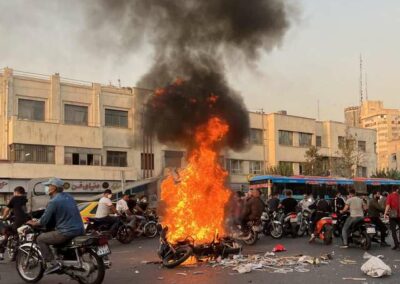 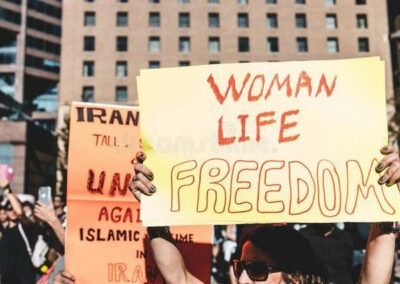 In a country where it is unlawful for women to wear the hijab inappropriately, the citizens seem to have amended the law to prohibit themselves from wearing one.

Despite the crackdown on the protest in Iran, more women and girls are trooping in to occupy the streets of Iran in protest of the death of Mahsa Amini, who died in the custody of the Iranian morality police after she was arrested for not wearing the hijab properly.

The protests have gradually advanced from anti-hijab demonstrations to an aggressive call for the removal of the country’s Islamic government led by Ebrahim Raisi. Many no longer call it a protest but a revolution.

“We have to be very clear that this is a revolution led by women,” she said.

“This time it’s totally different. We’ve never seen women in protests burn headscarves. This is going to be the end for a regime that tries to control the whole society through women,” Masih Alinejad told BBC.

In a bid to crack down on the unending protest, the Iranian government has been accused of shooting at protesters. So far, protesting Iranians have shared pictures of friends and relatives killed during the protest. Most of the victims are young girls and women, including students.

Iran Human Rights claim at least 185 Iran citizens have been killed, including 19 children, since protests began nearly one month ago. Many believe the figure could be incorrect as most protesters have vanished from the streets, and their whereabouts unknown.

Masih Alinejad said the Iranian government is killing its people and compared the leader of the country to President Putin of Russia. She called on the west to sanction the government the same way it sanctioned Russia.

“The governments of the world should know that if the people of Iran protest peacefully in the streets, the Islamic Republic will answer them like this,” Ms. Alinejad said, sharing pictures of bullets allegedly fired at the protesters.

“These are only examples of bullets used in the city against unarmed people,”  Masih Alinejad tweeted. “The government of Iran is committing a crime against humanity.”

Hengaw, a Kurdish rights group, accused the government of using heavy weaponry, including machine guns, against the protesters. Antigua news could not independently verify the claim.

Teenagers, who feel their rights and freedom have been suppressed by the Iranian government, are also on the street protesting, even if it means forfeiting their schools.

Last week, a girl school invited a member of the Iranian parliament to address the students. The girls welcomed him by removing their headscarves and chanting “get lost, Basiji.”

Some schools in the country have closed down, especially in the Kurdish-populated areas of the country, which is home to Mahsa Amini.

On Monday, workers of Asaluyah Petrochemical, a government-owned company, also went on strike. This time, they went a little further, setting tires on fire to block the road for security forces. Some of the striking petrochemical workers have repeatedly not been paid for months.

Workers at Bushehr Petrochemical were not left out. Immediately after announcing the strike action, they entered the streets and began chanting “Do not fear, do not fear, we are all together.”

These strike actions are significant because oil contributes more than 20% to Iran’s GDP.

Oil workers and the 1979 revolution

Striking oil workers played a significant role in the 1979 revolution. The government at that time could not survive the economic effect caused by the strikes at that time, and the government of the day was forced to step down for an Islamic government.

Experts argue that it would be difficult for the Iranian government to survive a long strike by oil workers given that Iran, with its small population at that time, could not survive the industrial actions despite producing six million barrels of oil per day.

Iran currently produces 2.5 million barrels of oil a day against a population of 83 million people. In 1978 the population was about 35 million.

With the demonstrations going wild, many are doubtful if the Iranian government would survive the anger of the people. Even if it doesn’t, there is no way a protest led by women will not go down in the book of history.