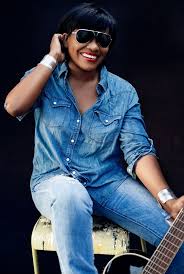 Moments after the Jamaica Broadcasting Commission issued a directive to broadcasters placing a ban on any audio or video promoting the use of guns or offensive weapons, scamming, abuse of drugs or alcohol, offensive lyrics, expletives, profanities, or anything that constitutes criminal activity, several entertainers have fired back.

Entertainer Tanya Stephens has likened the commission’s decision to madness.

“Every single time there is great pressure to curb crime or anti-social behavior some of these very same unchanging heads meet again and roll out the same archaic ban as a ‘measure,” the veteran artiste stated in a letter to the Jamaica Observer.

“If banning worked, why is there so much more music designated to be banned now?” she questioned.

She added that “critical thinking and honest conversation” is what is needed to address the issue of crime and antisocial behavior in the country.

In a social media post dancehall music producer Romeich said “we can’t stop the creatives (artistes) from singing about what they see around them or grew around”.

According to him Jamaica has one of the strictest regulations against music and asked if a ban would be placed on other platforms like Apple Music, Spotify, and SoundCloud where the publisher has access to the same banned songs.

The Broadcasting Commission in a news release outlined its reasons for the directive.

“The use of the public airwaves to broadcast songs that promote/glorify illegal activity could give the wrong impression that criminality is an accepted feature of Jamaican culture and society. It could also unwittingly lend support to moral disengagement and further normalize criminality among vulnerable and impressionable youth, and the young adult demographic,” the commission contended.

The commission’s Executive Director Cordel Green says the ban was the end product of a wide-ranging process that included focused monitoring, and decoding of subculture dialect and urban slang.