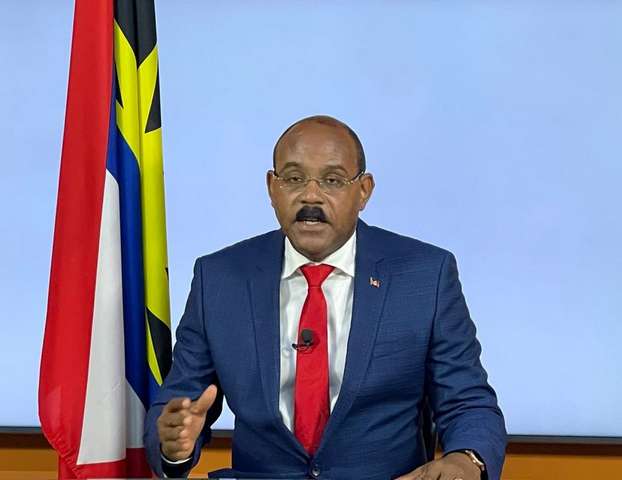 Those who fail to defend the name of the Antigua Barbuda Labor Party (ABLP) will be displaced.

That’s the warning to “comrades” from Leader of the party, Prime Minister Gaston Browne.

Browne said on Saturday night that his pparty’s philosophy is to reward individuals based on merit “so it’s not just about long-standing service, we do value that, but at the same time individuals must get out there and fight for the Antigua Barbuda Labor party in order to increase the level of advancement.”

Browne says if members of the party fail to do so then the institution will not be a high performing one.

He went on to highlight the efforts of Donna Chaia and Lamin Newton who are regularly on Point Fm defending the ABLP.

He added that while priority will be given to traditional comrades, there are those who are not standing up in defense of the party.

“There are some who are laid back who have not quite gone out there and defend the institution and we just want them to step up otherwise they could get displaced. I don’t want anyone to think there is any form of disloyalty to our traditional comrades, but this is a continuum, and if we don’t continue to fight then clearly, we become irrelevant and we lose power,” the ABLP leader stated.

This is not the first time that Browne has placed party members on notice and he has also expressed those same sentiments towards members of his Cabinet, cautioning them to get out in their respective communities and make their presence felt.