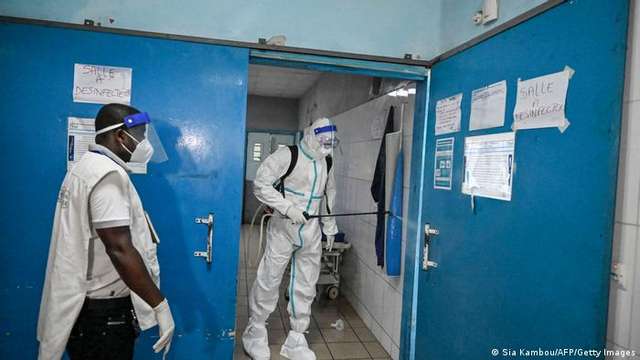 After more than one year of lockdowns across the world, Uganda could be returning to those times as the country battles to curtail the spread of the Ebola virus.

President Museveni Saturday announced that the districts of Mubende and Kassanda would be under lockdowns for the next three weeks to curb the deadly virus’s spread.

The Ministry of Health said since the outbreak of Ebola in the country on September 30, at least 19 people have died as a result of the virus and 58 cases were confirmed. Officials said the virus has not reached the Capital, Kampala, but is concentrated in the two regions.

Places of worship, bars, and markets will also be closed down in the two regions for the next 21 days. For the period of three weeks, cargo trucks will be allowed to visit and leave the areas However, every other form of transportation remains suspended.

“These are temporary measures to control the spread of Ebola. We should all cooperate with authorities so we bring this outbreak to an end in the shortest possible time,” Yoweri Museveni said.

The Ugandan Police have been ordered by President Museveni to arrest anyone suspected of having the virus who refused to go into isolation. The president also barred traditional healers from treating suspected Ebola cases, as they could further spread the virus.

The Ebola virus ravaging the African country has been identified as the Ebola Sudan strain. Unlike Ebola Zaire which killed almost 2,300 people in 2018-2020 in Congo, Ebola Sudan has a lower fatality rate and is less transmissible.

The most challenging aspect of handling the deadly virus is that there is no vaccine or known treatment for it, hence the WHO recommends preventive measures rather than corrective measures.

“Community engagement is essential to successfully controlling outbreaks,” the WHO said. “Raising awareness of risk factors for Ebola infection and protective measures that individuals can take is an effective way to reduce human transmission.”

“There is a need to strengthen surveillance and other response activities to contain the possibility of exponential spread,” the WHO said.

However, the body said clinical trials on drugs to combat the Ebola Sunday might begin soon.