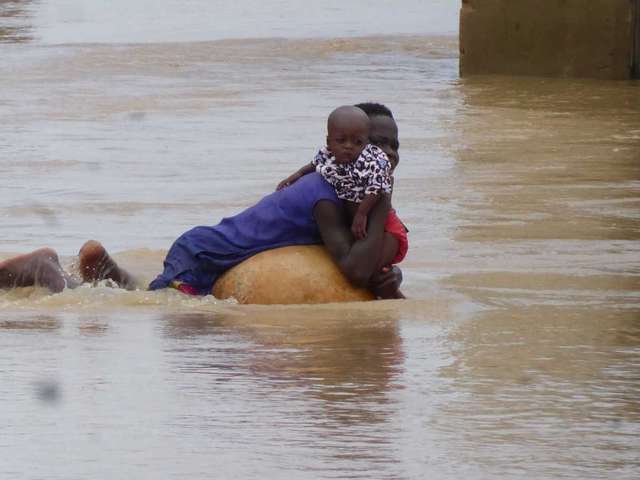 The number of fatalities from the ravaging floods in Nigeria has risen to 603, as local authorities race to bring aid to hundreds of thousands being evacuated from their submerged homes.

The disaster, which has affected residents in 33 of Nigeria’s 36 states, has caused more than 1.3 million people to be displaced, the country’s ministry of humanitarian affairs reported late Sunday

In addition, at least 340,000 hectares of land have been impacted, escalating worries about interruptions in the food supply. Nigeria’s northwest and central areas, which provide the bulk of the nation’s food, have already seen production put in danger by armed violence.

In Nigeria, particularly in the dangerous north, the Internal Displacement Monitoring Center believes that more than 3 million people have already been forced to flee their homes because of armed violence. The flooding has made things worse.

So far, over 82,000 houses have been entirely destroyed by the flood, according to officials.

In a statement released by the presidency, Nigerian President Muhammadu Buhari directed “all concerned to work for the restoration of normalcy.”

Annual flooding occurs in Nigeria, especially in coastal areas, but this year’s floods are the worst in more than ten years. Authorities attribute the catastrophe this year to unusual rainfall and the release of excess water from the Lagdo dam in neighboring Cameroon.

Five states are still at risk of flooding through the end of November, according to Sadiya Umar Farouq, Nigeria’s minister of humanitarian affairs.

“We are calling on the respective state governments, local government councils, and communities to prepare for more flooding by evacuating people living on flood plains to high grounds,” Farouq said.

According to the minister, President Buhari approved 12,000 metric tons of grains for the flood victims last week.

Nigeria was one of six nations at serious risk of experiencing extreme hunger, the World Food Programme and the UN’s Food and Agriculture Organization said last month.