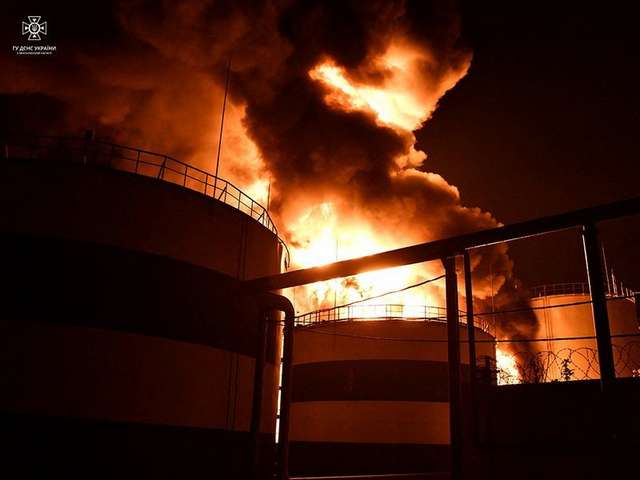 Russia, on Monday, attacked Ukraine from different angles, using “kamikaze” drones. The attacks killed at least four people in the city of Kyiv, including a pregnant woman and her husband. Several others died in the drone attacks in other parts of the country.

“We’ve got already 4 people dead under the ruins of the building in the Shevchenkivsky district which was hit by the Russian terrorist drone,” Vitali Klitschko, the Mayor of Kyiv, said on Telegram. “The rescuers found another body of a man there. The rescue operation is ongoing. There could be some other people under the rubble.”

Confirming the pregnant woman who lost her life in the drone attacks, Anton Gerashchenko, a senior Ukrainian presidential adviser, said: “Bohdan and Victoria, 34, were both found dead. It is reported they were expecting their first child in a few months.”

Death of pregnant woman, another achievement for Vladimir Putin

Reacting to the death of the pregnant woman, president Zelensky of Ukraine said Putin can add that to his records as another achievement.

“Vladimir Putin can record another ‘achievement’ – he killed another pregnant woman,” he said, adding that the world can and must end terror.

The Ukrainian president reemphasized the need for an air defense system so it can defend itself against Russian missiles. He acknowledged that Ukraine was able to shoot down some of the drones, but it was not enough.

“In order to guarantee the protection of our skies and reduce to zero the capabilities of Russian terrorists, we need much more modern air defense systems and more missiles for such systems,” Zelensky said.

Unlike last week’s bombardments, Ukraine faced Monday’s drone attacks with more confidence because of the availability of an air defense system supplied by allies. As the missiles were landing in various parts of Ukraine, the Mayor of Boryspil, a city close to Kyiv could confidently say the air defense system was working, and citizens should only play their parts by taking shelter.

“Air defense system is working above our city so I strongly recommend everyone to stay in shelters. The situation is under control. Our Armed Forces are doing their job well. But the threat remains,” ” Volodymyr Borysenko, the Mayor of Boryspil,  said on Facebook.”

He continued: “The bright strip of light is our military trying to see the enemy drones, so don’t panic. Stay in shelters.”

Ukraine’s interior minister, Denys Monastyrskyi, also confirmed that the forces in Kyiv managed to shoot down 36 of 42 drones launched by the Russians on Monday. He said 30 of the 42 drones targeted Kyiv, while others targeted Summy and the Dnipropetrovsk regions.

“It shows that this attack has not reached its goal. I think that the goal was to outdo last Monday’s missile attacks. But this did not happen today,” Denys Monastyrskyi told Ukrainian television.

The kamikaze or suicide drones

Ukrainian officials said the Russians used the Iranian-made kamikaze drones to attack its cities on Monday. They are also referred to as “suicide drones.” These drones have some advantages over regular drones, as they are difficult to detect because of their small sizes. They can be easily launched or fired from a distance.

The kamikaze drones can also keep circling for a period of time in a particular area and only strike once its target is identified. Unlike other drones, the kamikaze drone is disposable. It is designed to explode once it hits the target, thereby destroying the drone in the process.

Ukraine has called on other countries to sanction Iran for supplying Russia with drones, but the Iranian government has denied supplying drones to Russia.