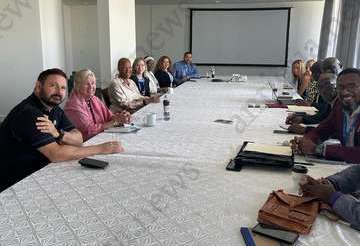 Taxi operators in Antigua and Barbuda could receive a 30% increase in transportation charges, the first in seventeen years.

Members of the St Johns Taxi Association had what they are calling fruitful and positive meetings with the Florida Caribbean Cruise Association during the FCCA’s 28th Annual Conference, held in Santa Domingo from October 11th -14th.

Leroy John Baptiste, the secretary of the association told antigua.news that the increase is justified.

“Our line of argument came in two forms. Our last recorded increase in our transportation fares was in 2005/6 when we got a 20% increase. The FCCA came down then and said we will stretch the increase over a two-year period which is 10% in 2005 and 10% in 2006 which we never received. Up till now, we have not seen the second tranche of that increase,” he explained.

Additionally, John Baptiste said over 17 years, the association has been without an increase and has had to absorb all inflation costs over the years “and all other costs attributed to our operations”.

He said the cruise lines continue to make a lot of requests in terms of the standard of the vehicles, educational background, and other amenities

“We are now divulging into quite a lot of training for our members and opportunities for them to uplift themselves to ensure we have a better product on display and all that comes with a cost and we had to impress on the FCCA that we need to get a better piece of the pie if we are going to be able to maintain and exceed the standard that they request,” he added

The Taxi Association he said understands the shock of a one-time increase may be a little bit difficult so a proposal was made that it be spread over a three-year period.

“We also made a counter proposal that a 20% increase can be accepted in the interim, while the remainder can be given over the next three years,” he explained

About the probability of the request, John Baptiste said he is optimistic that the FCCA will grant the request.

“We are optimistic that it will come through. The meeting went really well. The concern is how exactly any increase will impact the market in terms of the salability of the island. We are willing to work with tourism in terms of the implementation phase,” he added.

The deadline for the implementation could be November 15th, following a meeting with the FCCA.