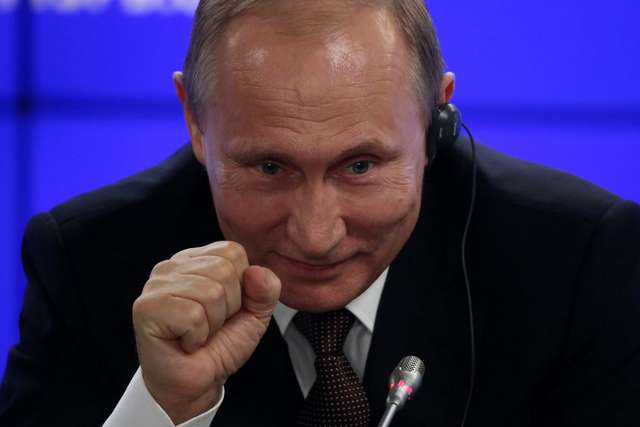 Russian President Vladimir Putin has officially declared martial law in the four annexed Ukrainian regions. The Russian leader made the announcement at a security meeting on Wednesday.

“I signed a decree on the introduction of martial law in these four subjects of the Russian Federation, so it will be immediately sent to the Federation Council,” Putin said.

“We are working on solving very complex, large-scale tasks to ensure a reliable future for Russia, the future of our people,” he added.

Chairman of the Federation Council on constitutional legislation, Anjdhdrei Klishas, said the Council will speedily consider Putin’s martial law in the Ukrainian regions as soon as possible.

How the new law will change the regions

The new law means additional powers to the military officials in the regions and limited freedom to the civilian population. The local authorities and the military now have the power to relocate civilians away from the frontlines and combat zones.

Vladimir Saldo, the pro-Kremlin governor of the Kherson region, said the martial law mean they would govern alongside the military.

“Martial law says that power in the regions should be transferred to the military in accordance with the law. We are doing all this work together with the military,” Saldo said. “Now we have already transferred almost the entire apparatus of the military-civilian administration to the left bank, they will work there.

He added that the authorities have begun the process of relocating about 60,000 people to the left bank of the Dnipro river so that the military can conduct its activities smoothly.

“Our key task is to save human lives and allow the troops of the Russian Federation to effectively perform their functions in protecting the Kherson region,” he said. “We will take the civilian population to the left bank in an organized, phased manner.”

More such activities are expected in the coming days, as the new martial law will take effect from Thursday.

The Russian-installed governor of Zaporizhzhia,  Yevgeny Balitsky, said “the work of military checkpoints with be strengthened” after the new martial law.

Balitsky added that all cultural events remain canceled, and a curfew will continue to operate under the new martial law.

The purpose of martial law is to legalize looting, Ukraine says

Ukraine has called on its international partners to condemn Putin’s martial law decree, describing it as a plan to legalize looting.

The Ukrainian ministry of foreign affairs, in a statement on Wednesday, said the purpose of the law was to shut the mouth of residents of “Luhansk, Donetsk, Zaporizhzhia, and Kherson regions, who oppose the Russian occupation.”

“Putin’s decree is null and void. It has no legal consequences for Ukraine and its citizens, as well as for the international community,” the statement continued, adding that the law was part of the “illegal plans to legalize looting, forced deportations and mobilization.”

Putin’s “desperate tactics to try to enforce and control”

The United States has condemned Putin’s martial law orders, describing it as a sign of Russia’s desperation to control the annexed regions.

Vedant Patel, US State Department deputy spokesperson, said the Ukrainian regions have rejected Russia, and Putin was trying to forcefully seize what belongs to Ukraine.

“It should be no surprise to anybody that Russia is resorting to desperate tactics to try and enforce control in these areas,” Patel told reporters on Wednesday.

Patel said there was nothing Putin would do to change the fact that Luhansk, Donetsk, Zaporizhzhia, and Kherson are parts of Ukraine.

“They have no legal claim whatsoever. There is no jurisdiction that they have over those territories. This is Ukraine’s land and Russia has blatantly violated Ukrainian sovereignty and territorial integrity as well as violating UN Charter with their illegal acts,” he said.

The fearless Gen. Sergei Surovikin, who some refer to as General Armageddon, has admitted that things are difficult in Kherson, one of the four annexed Ukrainian territories.

General Sergei said: “Our further plans and actions regarding the city of Kherson will depend on the unfolding military and tactical situation. I repeat — it is already very difficult today.”

“We will act consciously, in a timely fashion, and will not rule out taking the most difficult decisions,” he said.

Many have credited Gen. Surovikin for the recent bombardment of Ukraine.